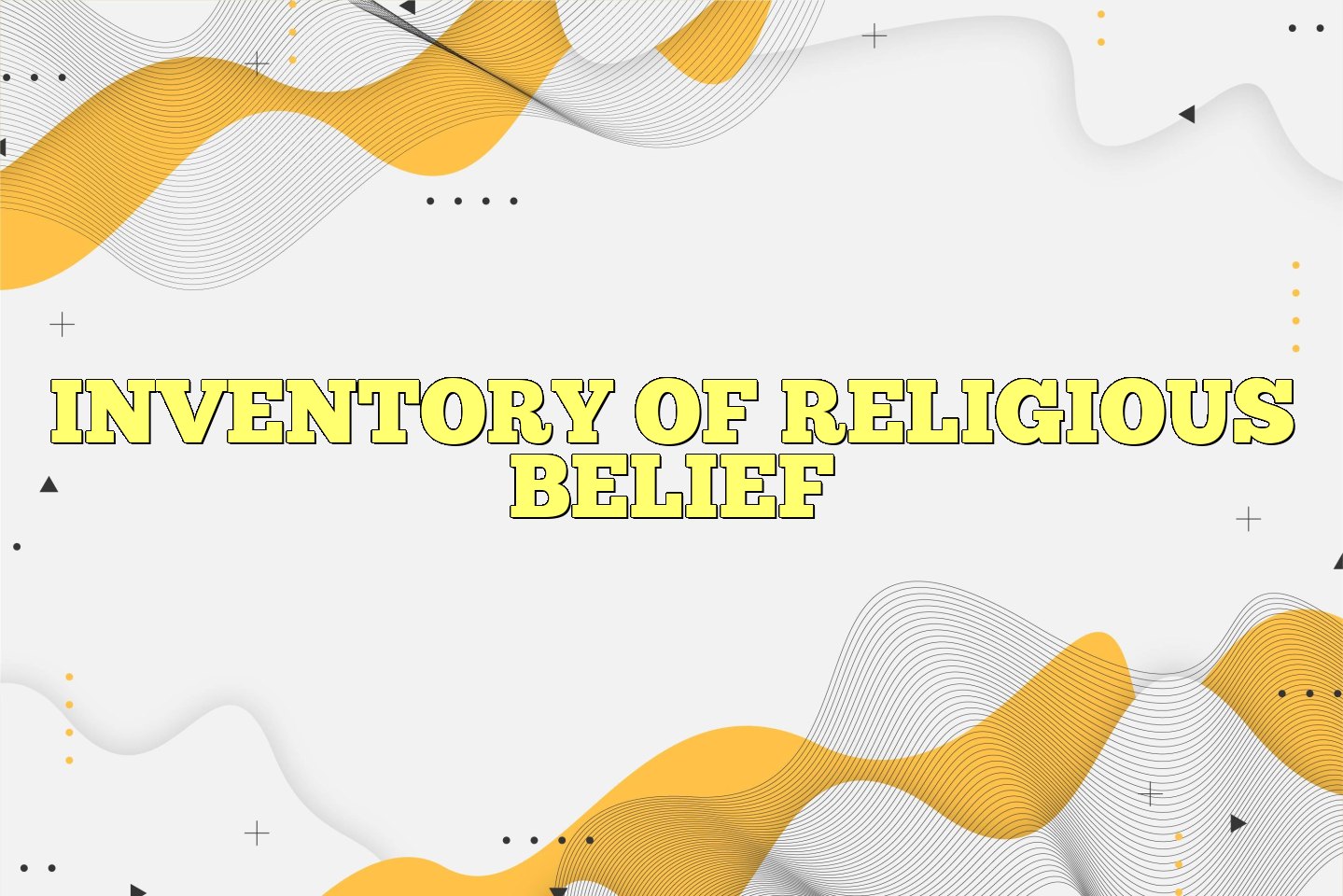 The Inventory of Religious Belief Scale measures belief in traditional Christ­ian dogma. The authors acknowledge that several factors establish Christian identity and their instrument measures one-belief. Fifteen items in a Likert-like format mea­ sure beliefs about such issues as the inspira­tion of Scripture, the nature of human be­ings, life after death, the Trinity, the virgin birth of Jesus Christ, the implications of be­lieving in Jesus, and the eventual return of Jesus Christ. Brown and Lowe included a variety of belief items, anticipating that peo­ple would vary in the degree to which they embrace all of traditional Christian dogma.

Of the 15 items that make up the Inventory of Religious Belief, 8 of the items are aimed in a fundamental or tradi­tional direction. The other 7 items are worded in a more liberal direction. Often, a concept is captured in 2 items, with one being traditionally worded and the other lib­erally worded.

Participants respond to the items on a 5- point scale. These response options include (a) strongly agree, (b) agree, (c) not sure, (d) disagree, and (e) strongly disagree. The instrument does a good job of measuring be­liefs that have traditionally been identified with the conservative branch of the Christ­ian church. However, there are a few items that tap divisive issues within the church, is­ sues on which Christians in good con­ science have disagreed. For example, there are items that measure belief in the in­ errancy of Scripture and belief in the uniqueness of humans from the animal kingdom. Thus, as acknowledged by the au­thors, the instrument is mainly aimed at conservative Christianity and does not cap­ture the entire Christian spectrum.

Liberally worded items are reverse scored and a score ranging from I to 5 is given to all the items. The lowest score is given to responses that indi­ cate liberalism, or nonbelief, and the highest score is given to responses that indicate conservatism. The scores for the individual items are then summed to produce an over­ all score that can range from a high of 75 to a low of 15. The hypothetical midpoint is 45. The instructions for using the instrument are clear enough that researchers should have no problems using it in their own work.

Brown and Lowe estimated the reliability of the inventory by looking at the responses of 100 students randomly selected from the first 300 university students they surveyed. Using a split-half procedure, re­sponses for half the items (randomly cho­sen) were correlated with the other half of the items to produce a reliability coefficient of .77. When the Spearman-Brown formula was used, the reliability coefficient changed to .87.

Brown and Lowe reported s!5'Veral attempts to assure the validity of their inven­tory. First, the items were reviewed by the dean of a Bible college. Second, the inventory was given to 35 students at a Bible college and 21 students at a liberal theological semi­ nary. The mean score for the Bible college students was 73.8, whereas the mean score for the students at the liberal seminary was 48.6. Further, there was no overlap between the distributions of scores for these two groups of students. And, finally, when the in­ventory was given to over 887 university stu­ dents, scores on the inventory correlated pos­itively with frequency of prayer, Bible reading, church attendance, and contributions to the church.

Virkler (l 979) surveyed 54 active Christ­ian pastors from northern and southern American cities. In the process of collecting these surveys, Virkler had the pastors indi­ cate their theological orientation (from lib­eral to conservative) and respond to the In­ventory of Religious Belief. The correlation between self-defined theological orientation (with conservative self-labels given higher scores) and the inventory was .74.

Please indicate the extent to which you (l) strong agree, (2) agree, (3) are not sure, (4) dis­ agree, or (5) strongly disagree with each of the following items.