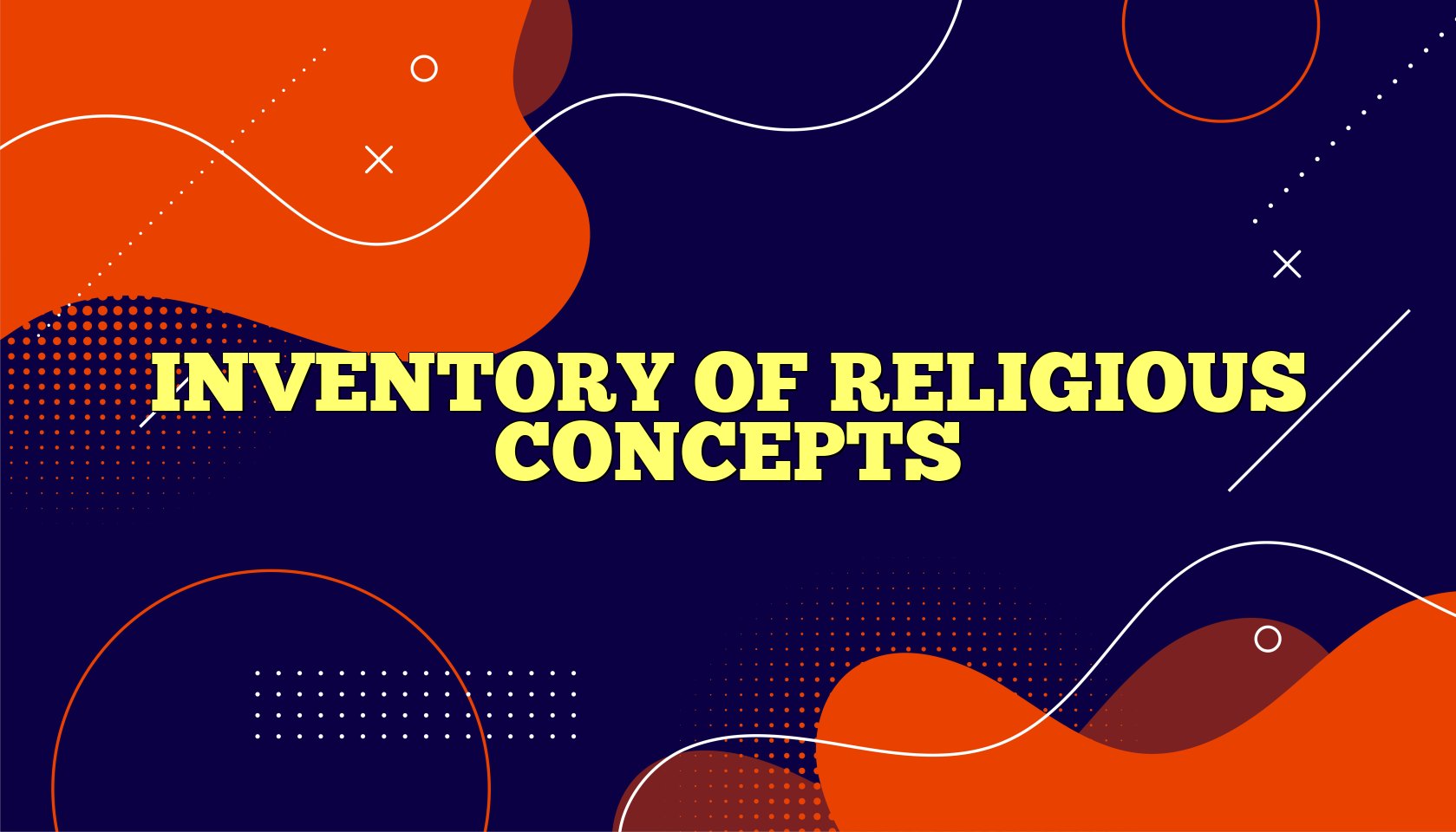 The Inventory of Religious Con- I. The Hebrew-Christian concept of God cepts was established as the result of a joint (IO items) effort among several colleges, many church x scores: the position of those who acrelated, to identify what contribution relicept the poetic and anthropomorphicgion was making to students' philosophy of language of the Hebrew-Christiantralife. The measure was created within thedition referring to God context of a broader inventory (the Inven­tory of General Life Goals) designed to help the colleges improve their programs of general education. Specific areas of belief, in­ tended for use with Protestant students (the study was found to be less useful with Catholics and inapplicable to belief systems other than Christian), are covered.

One hundred twenty items were developed to assess IO general areas of Christian belief. An additional ten miscellaneous items are included in the scale but are not used to assess the 10 ·general areas of Christian belief. The respondent may answer each item by accepting the statement, ex­ pressing uncertainty, rejecting the statement, or providing no opinion (i.e., the statement has no meaning, seems ambiguous, or im­ plies unacceptable assumptions).

Care was taken to avoid misleading clas­sifications such as liberal/conservative, Christian/non-Christian, etc., by simply labeling responses as either x or y. The mean­ing of x and y for each of the IO belief areas is as follows:

y scores: the position of those to whom the x point of view is untenable

x scores: the position of those who feel that their life is determined by various forces (pp. 81-82)

y scores: the position of those who be­lieve in free will and individual re­sponsibility

"No opinion" (n) and "uncertain" (u) al­ternatives were provided in addition to the x and y scores just defined.

No special skills are needed to administer, score, or interpret this measure, though the scoring and inter­pretation system proposed by Dunkel (1947) is somewhat unusual. Dunkel has, for example, provided lengthy case studies of the religious beliefs of three students based on frequency analysis of their x, y, n, and u scores for all ten content areas. Pro­ files are identified and then discussed on the basis of simple frequency counts of individ­ual items for each of the ten content areas. There are no other recommended scoring procedures, although one possible measure indicated is to assign x scores a value of 3, n and u scores a value of 2, and y scores a value of 1. However, given that little psy­chometric data is available, other rating scales (such as a Likert scale) may be tested. Some items are reversed scored.

The Inventory of Religious Concepts is a subset of a more in­clusive measure called the Inventory of General Life Goals, which includes· multi­ plemeasures of attitudes toward the hu­manities. Though not planned to form a bat­tery, a question or hypothesis raised in one inventory was frequently investigated in light of responses found in the other mea­ sures. The inventory on religion was devel­oped to assess what impact religion was making on life philosophy. The sponsors of this large study, the American Council of Education, selected 22 colleges, which rep­ resented the following categories: a land­ grant college, a municipal university, a state teachers college, an independent lib­eral arts college, a Catholic college, a Protestant church-related college, a black college, a women's four-year college, a women's two-year college, and a two-year coeducational college. No normative data were reported.

Reliabilities within categories (based on the sample of 700 students), esti­mated by Kuder-Richardson Formula 21, are identified in parentheses next to each category in the appendix. The reliability co­efficients range from .44 (economic order and sense of worth) to .86 (historic doc­ trines and practices).

The more commonplace quantita­tive measures of validity (e.g., construct va­lidity, predictive validity, concurrent valid­ity, etc.) were not reported. Rather, a few lengthy case studies were reported to indi­ cate in "some small way" the validity of the instrument. The case studies are, at face value, supportive of the instrument's validity.

It should be noted that the individual re­ sponsible for assessing the instrument's va­lidity (as well as some other psychometric properties) was unable, because of factors beyond his control, to complete his work by the time Dunkel's 1947 report was pub­lished. A brief footnote in the report was provided, however, which indicated high correlation between the Thurstone Attitude Scales and the inventory scores in the cate­gories on God and on the church.

Given the extensiveness of this inventory and given that few psychometric properties are reported and few scoring procedures are suggested, this instrument is a good candi­ date for further investigation.

Please indicate how you rate each of the statements below by using one of the following labels:

x - you agree with the statement

y - you disagree with the statement

Attitudes toward God (Theism and Nontheism) (.63)

Attitudes toward the Bible (.81)

Attitudes toward the Economic Order (.44)

Attitudes of Christians toward War (.70)