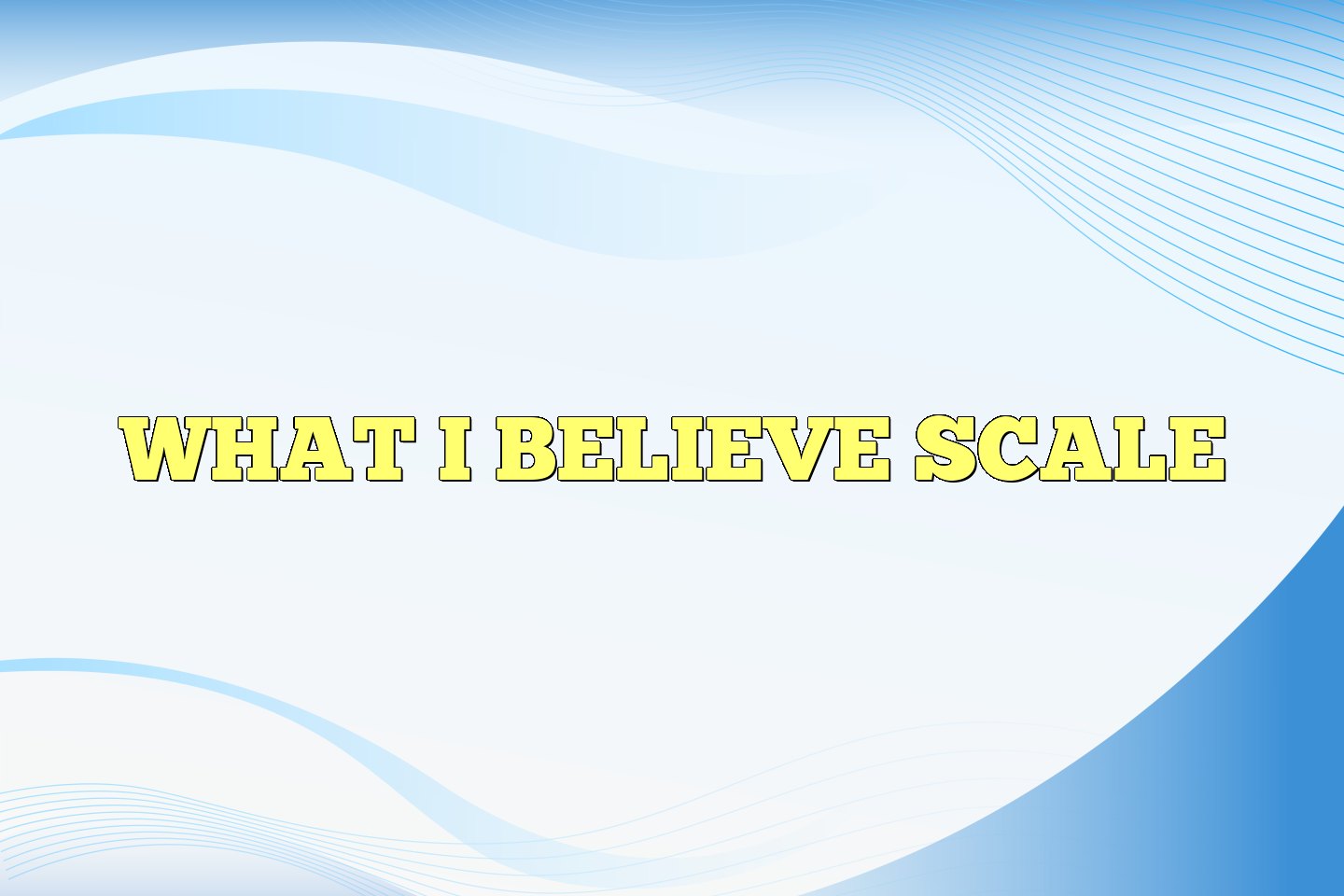 The What I Believe  Scale (WIB) was developed to differentiate three reli­gious/philosophical belief systems (i.e., Judeo-Christian, Spiritism/Occult, and Atheism/ Secular Humanism) and to mea­ sure the extent to which those belief sys­tems are associated with personality factors (e.g., self-esteem) that influence academic performance.

The scale consists of 50 state­ments to which the respondent answers true or false. Because the questionnaire attempts, in part, to differentiate among three ideolo­gies, some of the 50 statements are more crucial to a particular ideological category than others (the core or foundational state­ments). Other statements, called satellite re­sponses, are less crucial (Gill & Thornton, 1988). However, the scale's authors state that it is a subject's combination of core and satellite responses that determine category placement. The scale is scored in such a way that the total score reflects the strength of an individual's Judeo-Christian beliefs. In addition to the Judeo-Christian Total score, the WIB provides values for an Atheism Total and a Spiritism/Occult Total.

Subjects included 179 high school students selected on the basis of classroom teacher cooperation and a desire on the part of the experimenters to maintain a homogeneous sample. Two com­ parison groups were created: (a) 92 senior honor students from two public schools and 87 seniors from a Catholic school. The mean age of the public school students was 17.6 and for the parochial school students was 17.0 years. Both genders were repre­sented in the sample. No formal attempt was made by the authors to assess economic similarities between the two groups.

Validity of the instrument was ob­tained through the responses of subjects identified as strongly representing a particu­lar category. The subjects in each instance made near perfect scores in their belief cate­ gory and scored low on the other belief cat­egories; the authors interpreted this result as supporting the validity of the scale. Inter­ correlations among the various scales indi­cated an inverse relationship between the Judeo-Christian score and the Atheism/Sec­ular Humanism score as would be expected if the measurement has validity.

What I Believe (WIB) Scale

Directions: This is to be an anonymous survey of some of your basic beliefs. Read each state­ment carefully and indicate in the space provided whether you feel the statement is true (A) or false (B). Please do not discuss the statements with others until everyone has completed the survey. Please respond to all 50 items.