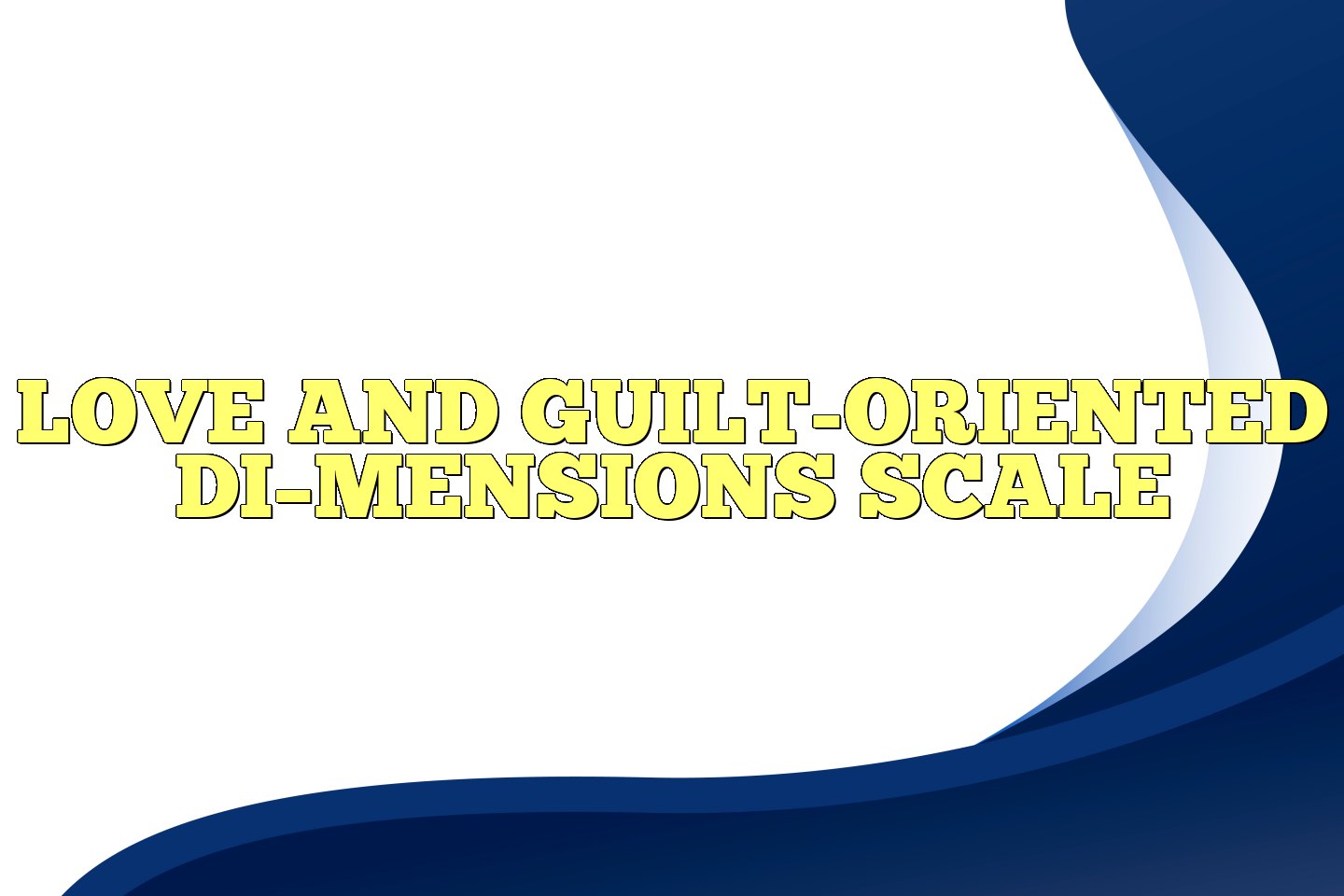 The Love and Guilt-Oriented Di­mensions Scale attempts "to distinguish types of religious belief based upon the the­ological content of belief." The resulting instrument distinguishes between love-ori­ented and guilt-oriented interpretations of atonement in Christianity. To these dimen­sions is added an index of culture-oriented or conventional religiosity.

A pool of 48 items was generated from an unspecified number of conversations with members of Southern Baptist and United Church of Christ congregations and from "previous experience." There were 10 items for each of the guilt-love scales and 8 items for the culture-oriented scale. These items were then assessed on a 5-point Likert scale by 160 white seminary students in Southern California. Item rest of test corre­lations were computed for the items selected to represent each of the five hypothesized dimensions.

In its present form the instrument con­tains 20 items, 5 items for each of four scales styled as: guilt-oriented, love-oriented self-centered, love-oriented other cen­tered, and conventional religiosity. Each item is assessed on a 5-point scale anchored as follows: definitely agree, tend to agree, neither agree nor disagree, tend to disagree, and definitely disagree. Scale scores are computed as a product of the respective items. This means that scores on the four scales range between 5 and 25. In each case a high score indicates agreement with the dimension being assessed and a low score means disagreement with the dimension being assessed.

This paper-and­ pencil measure requires no special examiner skill to administer or score. Minimal in­structions are provided or necessary. Al­ though the theoretical debate underlying the development of this instrument remains highly relevant, the operational form may be heavily constrained by the generation and location of its development. Some con­ temporary groups may feel alienated by the non inclusive use of language.

Construct validity was examined by cor­ relation with a measure of attitude toward church involvement in social action. As hy­pothesized, there was a positive correlation between this measure and the love-oriented other-centered scale (+.53), but negative correlations between this measure and the love-oriented self-centered scale (-.31), the guilt-oriented scale (-.52) and the conven­tional religiosity scale (-.27).

Please use the following scale to indicate the extent to which you agree with each item below.