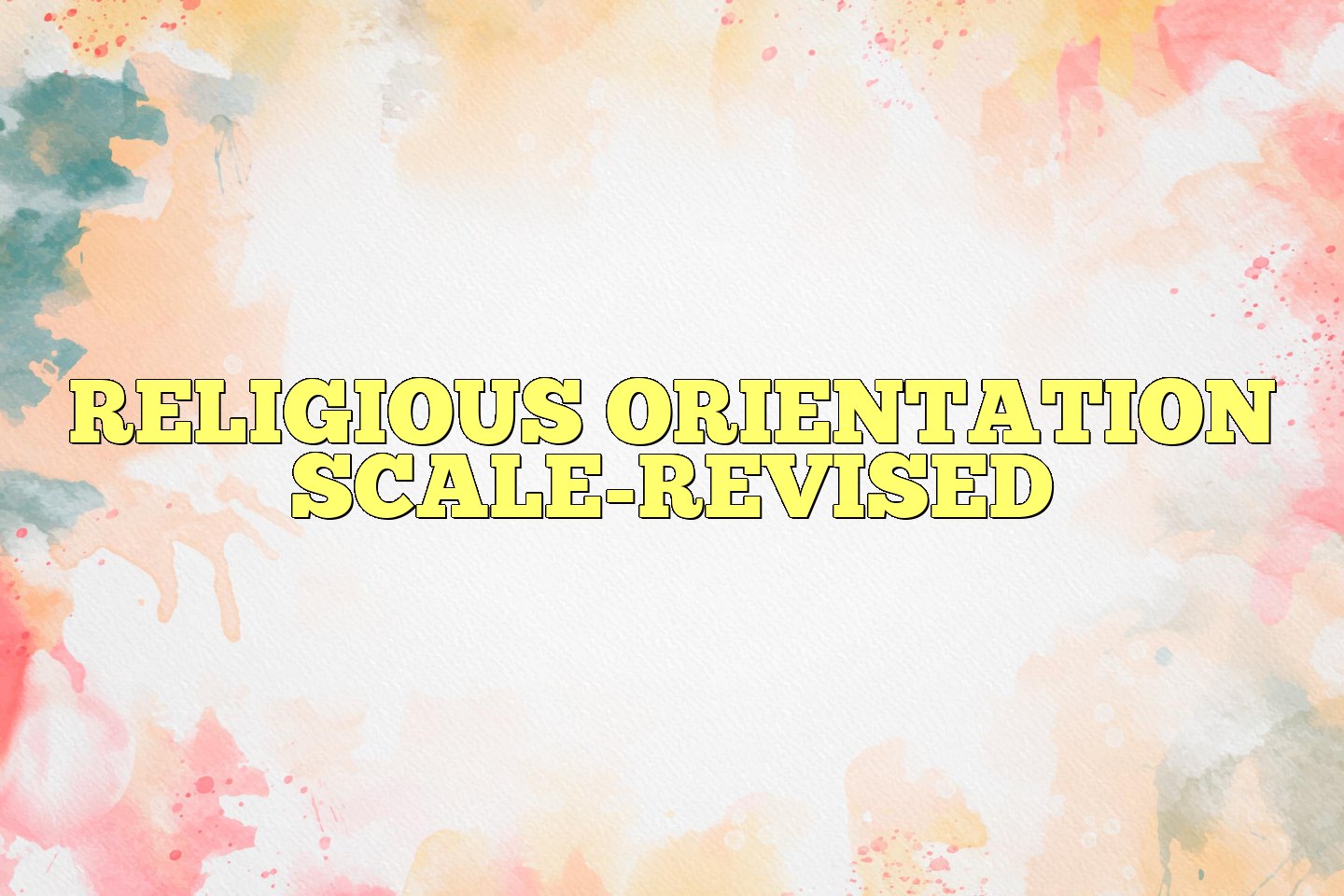 The Religious Orientation Scale­ Revised, referred to by the authors as Intrin­sic/Extrinsic-Revised (1/E-R), measures both the intrinsic and extrinsic religious ori­entation originally posited by Allport (1950). Kirkpatrick's (1989) conclusion, based on a reanalysis of several studies using Allport and Ross's (1967) original Religious Orienta­tion Scale (see this volume), that the extrinsic scale subdivides into two categories, a per­sonally oriented (Ep) and socially oriented (Es) extrinsicness, suggested that a revision of the 1-E scales may be necessary.

Gorsuch and Venable (1983) (also see this volume) had already revised the Allport and Ross (1967) scales to make the religious orientation measure more amenable to individuals at all educational levels. A con­firmatory factor analysis of the Age-Univer­sal scale found the Ep and Es distinctions proffered by Kirkpatrick (1988). Thus, this scale is a revision of Gorsuch and Venable's 20-item "Age-Universal" 1-E Scale with items designed to measure the intrinsic as well as both extrinsic categories. The result is a 14-item scale measured on the same 5- point "strongly disagree" (I) to "strongly agree" (5) format used with the Age-Univer­sal Scale. The authors report, however, that six or more intervals could be used with col­lege students or "other relatively sophisti­cated respondents."

Eight items (3 reversed scored) tap the intrinsic orientation, whereas three items each measure the personal and social cate­gories of extrinsicness. In addition, the au­thors attempted to identify single items to represent the constructs (arguing that there are times when single item scales are neces­sary or preferred). By identifying an item that correlated highly with its own factor and low correlations with the other factors, the authors identified three single items for each of the three orientations (no.12 for in­trinsic, no.8 for extrinsic-personal, no.13 for extrinsic-social). The score of each scale is determined by summing its items' re­sponses, resulting in a range of 8-40 for the I (Revised) scale and 3-15 for each E (Re­ vised) scale.

Following are the items included in the 1/E-R scale. All items are scored as follows:

* Single-item measures for that factor

This scale confirms the factors found by Kirkpatrick (1988) in his reanalysis of several studies using traditional religious orientation scales. No other direct measures of validity are reported.

Kirkpatrick, L. A. (1989). A psychometricanaly­ sis of the Allport-Ross and Feagin measures of in­ trinsic-extrinsic religious orientation. In D. 0. Moberg and M. L. Lynn (Eds.), Research in the So­ cial Scientific Study of Religion (Vol. I.) Greenwich, CT: JAI Press.