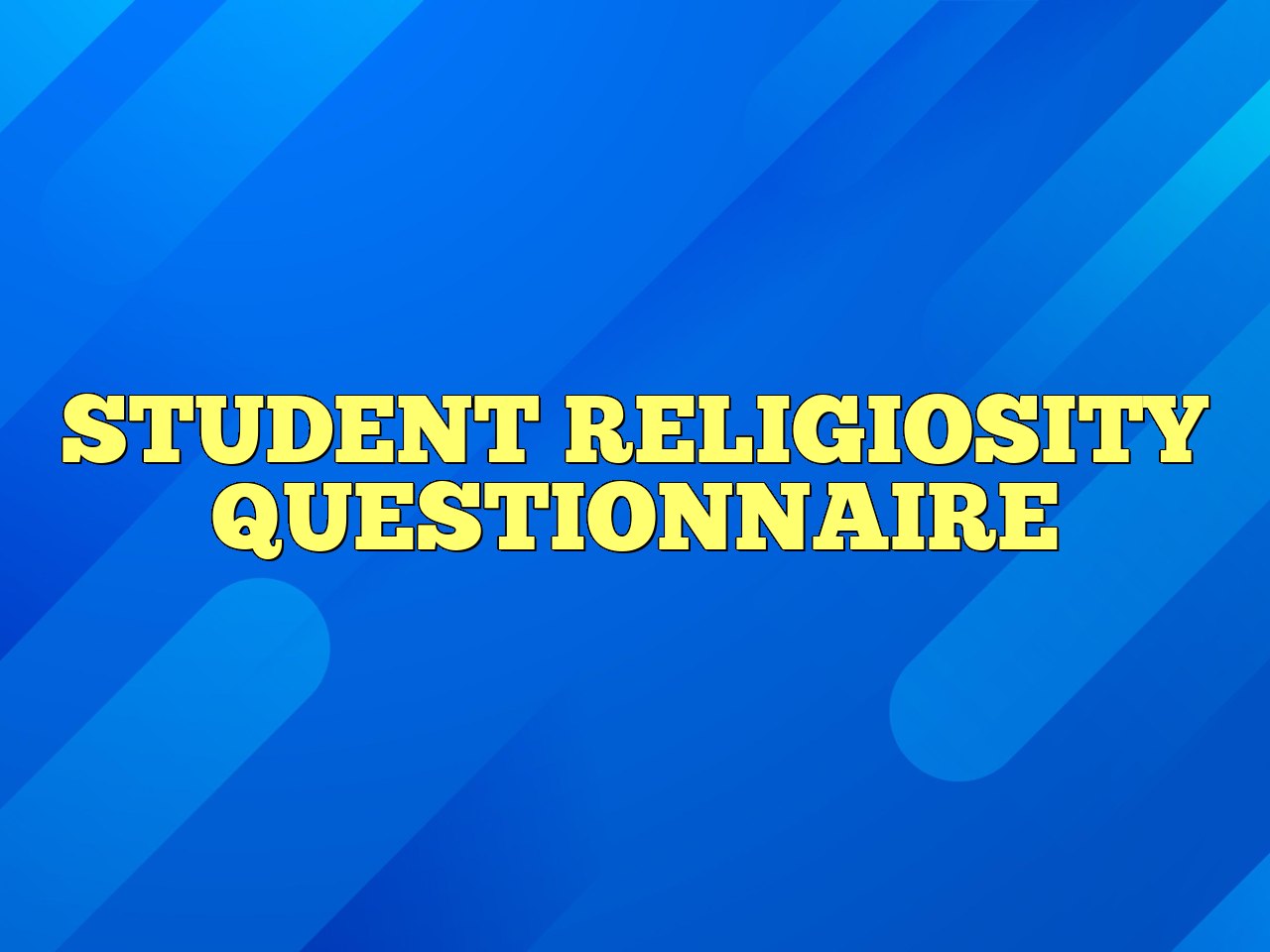 The Student Religiosity Question­naire (SRQ) was designed to measure gen­eral religiosity in student samples. The scale items are focused on beliefs and practices associated with the Jewish religious tradi­tion. Factor analysis of the scale items iden­tified two dimensions labeled by the author as (l) religious principles and (2) religious practices.

The original scale consisted of 20 items written by the author. The 20-item scale used in the first studies was modified to 18 items in later work. Responses to each question are made using a 5-point contin­uum, with I indicating minimal agreement and 5 showing maximal agreement.

Practical Considerations: The scale as written is useful only for research with sam­ples from the Jewish religious tradition. It is easy to administer, requiring only instruc­tions concerning the meaning of the contin­uum responses. Scale scores for the two fac­ tors are obtained by adding appropriate item scores.

The initial data set was derived from a sample of 110 white South African teacher trainees. Factor analysis of this data generated two-factors: Religious Principles and Religious Prac­tices. Following translation into Hebrew, data was gathered from a sample of 531 Is­ raeli11th-grade students attending national­ religious comprehensive schools. Factor analysis responses from these students gen­erated the same two-factor solution. A sam­ple of 221 Israeli 11th-grade students from a diverse selection of schools supported the two-factor scale. Ten of the 20 items loaded significantly on the Religious Principles factor and 7 items loaded significantly on the Religious Practices factor.

For the South African sample of 110 respondents, an alpha reliability of .89 was reported. For the Israeli student sample of 221, the alpha coefficient was .91. The co­efficients were .90 and .83, respectively, for the factors labeled Religious Principles and Religious Practices. A sample of 190 teacher trainees from Bar-Ilan University yielded a Cronbach 's alpha of .96 (for the 18-item scale version used in this later study).

A panel of ten theologians judged each item. An item was included on the scale if at least 7 of the 10 judges indicated that the item had face validity for assessing general religiosity.

Directions: For the following activities, rate your degree of observance from 1 (minimal obser­vance) to 5 (maximal observance).

Katz, Y. (1988). The relationship between intel­ligence and attitudes in a bilingual society: The case of white South Africa. The Journal of Social Psychology, 128, 65-74.

Francis, L. & Katz, Y. (1992). The relationship between personality and religiosity in an Israeli sample. Journal for the Scientific Study of Religion, 31, 153-12.