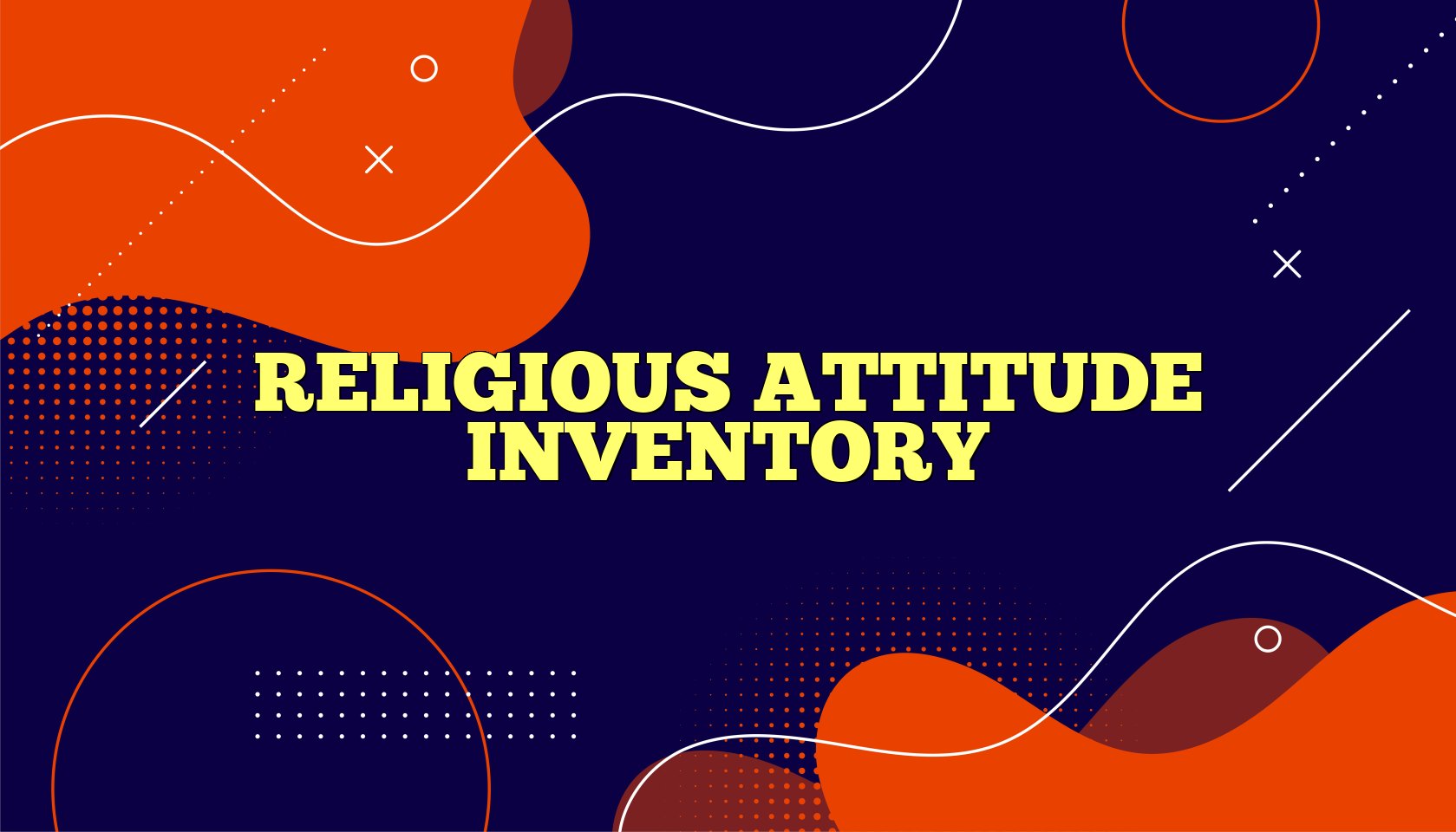 The Religious Attitude Inventory define an individual's self-image. is designed to measure the intensity or ex- An attitude that is not very ego involving istremeness of an individual's religious attiless important to the characteristics that tude. Intensity of religious attitude (ranging make up the individual and thus is held less from extremely orthodox to neutral to ex- strongly. The Religious Attitude Inventory

The Religious Attitude Inven­tory consists of 50 statements that measure religious attitudes in general and are not spe­cific to any one particular religious affiliation.

Individuals respond to the items on a 5-point Likert-type scale (1 = strongly agree; 5 = strongly disagree). Nonconformist items are reverse scored. Higher scores indicate posi­tive/orthodox religious attitudes and lower scores indicate more negative/nonconformist attitudes toward religion. Respondents with moderate or neutral views on an item have the option of choosing "3," indicating "neither agree nor disagree" on the response scale. Scores can range from 50 (extremely nega­tive/nonconformist attitude) to 250 (ex­tremely positive/orthodox attitude). Two fea­tures of this scale serve to reduce the possibility of response sets: (a) orthodox and nonconformist statements alternate randomly in the scale and (b) the inclusion of a neutral point on the response scale instead of limiting responses to agree/disagree positions.

The Religious Attitude Inventory is a self-administered paper-and-pencil measure that could easily be administered in groups. It takes 15 to 20 minutes to complete. This scale requires no special skills to score and the results are easy to interpret. Since this scale is not specifically tied to one religious affiliation, it is widely applicable to members of di­ verse religious backgrounds.

An early form of the inventory containing 156 items was ad­ ministered to 38 education graduate stu­ dents at the University of Illinois. The grad­uate students rated each item on a l (extremely orthodox) to 5 (extremely non­ conformist) scale. From this original sam­ple, the mean rating for each statement was calculated. The final 50-item form consisted of the 25 most extreme orthodox items and the 25 most extreme nonconformist items.

This final 50-item form was then admin­istered to 95 undergraduate students (82 fe­ males, 13 males) who were enrolled in introductory education classes at the Univer­sity of Illinois. The mean age of these stu­ dents was 20.5 years.

Reliability was determined by using a split-half coefficient of equivalence (corrected with the Spearman-Brown for­mula). Total scores for all of the odd-num­bered items and for all of the even-num­bered items were calculated for each respondent in the sample. The two sets of scores were then correlated. Ausubel and Schpoont (1957) report an "unusually high internal consistency" with a correlation co­ efficient of .97. This result is consistent with the split-half reliability coefficient of .96 reported independently by Foy, Lowe, Hildman, and Jacobs (1976). Test-retest re­ liability was not reported.

A validity study (Ausubel & Sch­ poont, 1957) was conducted using the origi­nal 95-member sample. Participants were categorized as orthodox, neutral, or noncon­formist based on their scores on the inven­tory. Twenty-six students each were in the "orthodox" and "nonconformist" groups. The "neutral" group consisted of the re­maining 43 students. Significance tests of the differences between the mean scores for these groups showed statistical significance at p < .01 among all three groups. The Reli­gious Attitude Inventory was able to dis­ criminate between individuals who hold ex­treme religious attitudes.

Another study (Foy et al., 1976) used two different samples to establish validity of the Religious Attitude Inventory. The first sam­ple, consisting of 88 undergraduates from the University of Southern Mississippi, com­pleted both the Religious Attitude Inventory and a 5-item questionnaire developed by the researchers to assess religious background and current religious practices. A correlation coefficient of .73 was obtained for the re­spondents' scores on these two measures.

Respond to each of these items on a I to 5 scale:

*These items are negative, and the weights for their alternatives must be reversed for purposes of scoring (e.g., a response of 4 should be converted to a 2 and vice versa).