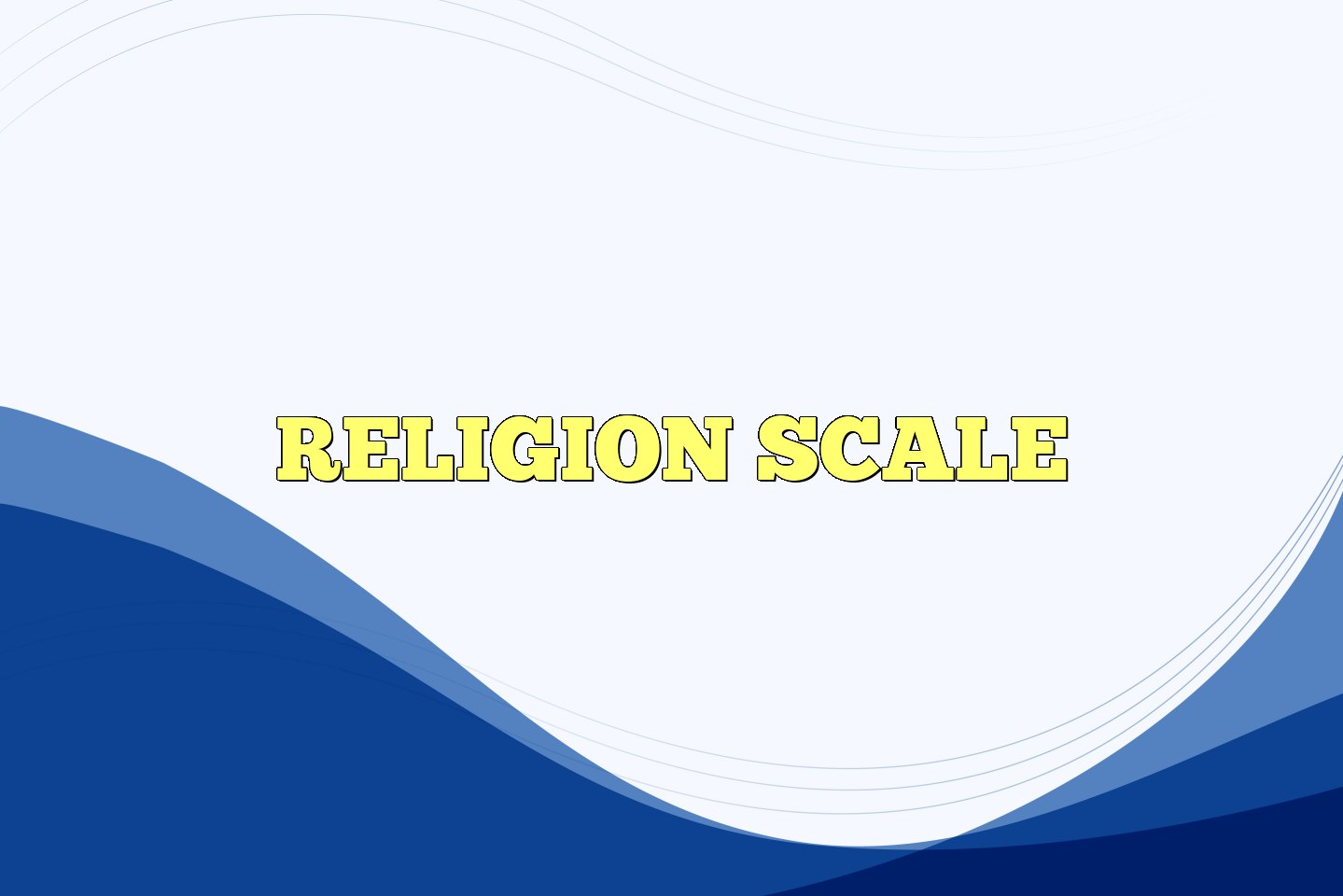 The Religion Scale is designed for use in surveys whose goal is to measure atti­tudes toward religious beliefs and practices. The definition of religion used by Bardis invalves three components: (1) ideas about di­vinity, (2) doctrines concerning relation­ ships between divinity and humanity, and behaviors designed to satisfy God's expectations and achieve future rewards (and avoid punishment).

The scale consists of 25 items. Each question requires a response from a continuum whose end points are represented by O ("strongly disagree") and 4 ("strongly agree"). Item scores are summed to yield a religiosity score between O and 100. High scores indicate a greater degree of typical religiosity.

The scale is very easy to administer and involves minimal in­structions. The instructions outline the meanings attached to the O to 4 Likert scale and direct those taking the scale to respond with answers reflecting their own beliefs. The scale is easily scored by simply sum­ming the responses to items. No items are reverse scored.

The initial pool of 200 items was taken from religious publica­tions or supplied by persons representing a range of religious faiths. The original 200 items were pretested on 500 post elemen­tary-school Jews and Christians from the Midwest. The 46 items that showed dis­ criminatory power were administered through interview to 100 additional mid­ westerners. Comparison of the 10 highest and 10 lowest-scoring individuals in this sample of 100 led to the acceptance of 25 items with discrimination power for the final scale.

Little detail is provided concerning the samples on which the scale was devel­oped, except to note that they represented men and women from a variety of Christian denominations as well as from the Jewish community. The validity of the test is de­ fended by comparison of means from groups that would be expected to differ on a scale of religiosity. The mean for a sample of 30 agnostics was 11.93, significantly dif­ferent from a sample of Greek Orthodox Church members whose mean was 68.73. Similar studies found agnostics (M = 10.81) to be significantly less religious than Catholics (M = 79.11) and Methodist stu­ dents studying for the ministry (M = 68.83) to be more religious than Methodist non­ ministerial students (M = 57.97).

Below is a list of issues concerning religion. Please read all statements very carefully and re­ spond to all of them on the basis of your own true beliefs, without consulting any other per­ sons. Do this by reading each statement and then writing, in the space provided at its left, only one of the following numbers: 0, 1, 2, 3, 4. The meaning of each of these figures is:

(For research purposes, you must consider all statements as they are without modifying any of them in any way.)