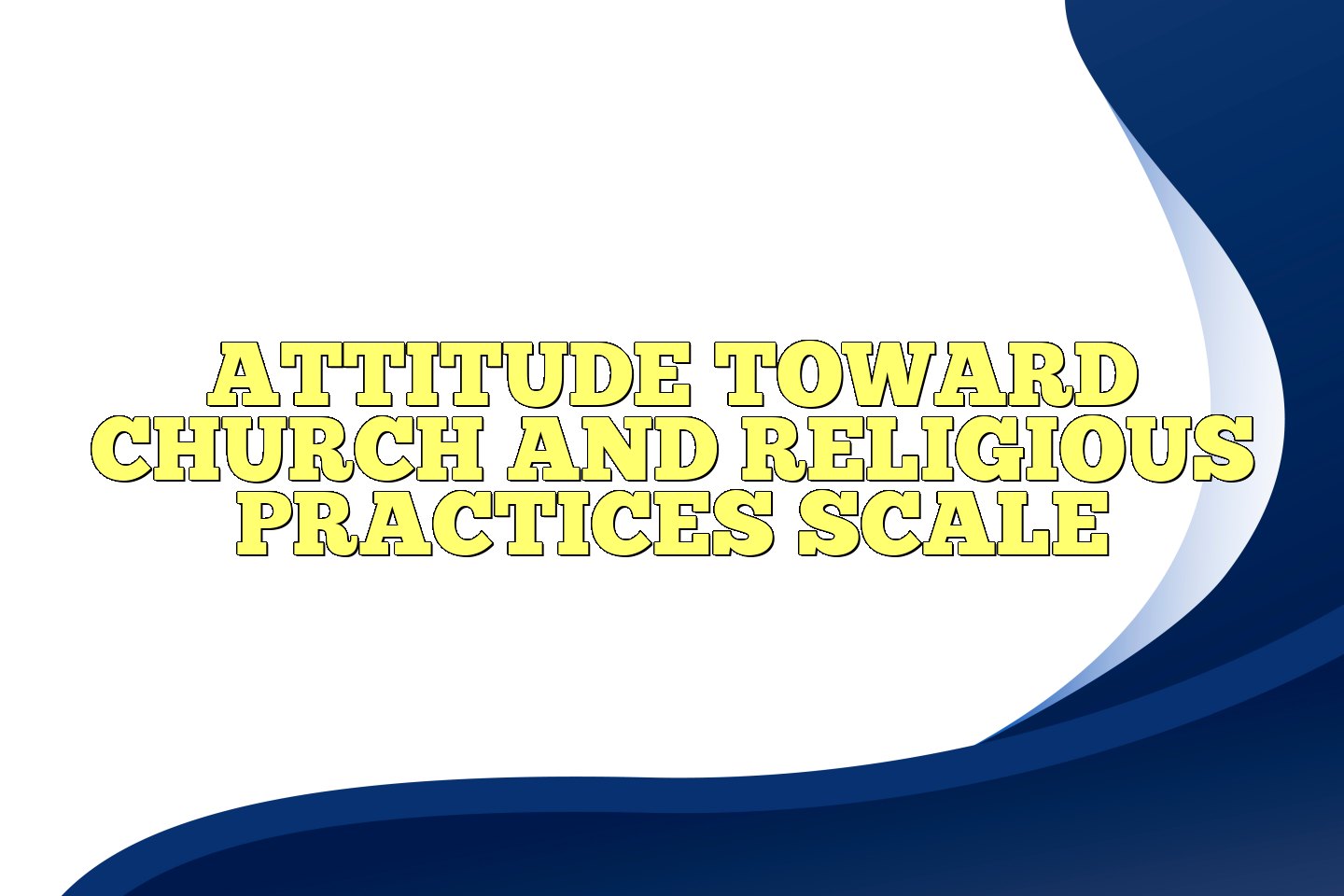 The purpose of the Attitude toward Church and Religious Practices Scale was to quantify church and sect so that these theo­retical concepts might be incorporated into appropriate empirical studies. "Church" sig­nifies a religious organization that is rooted securely in the prevailing social order and integrates prevailing cultural concepts into its beliefs and practices. "Sect" identifies a religious group that disdains cultural confor­mity and creates a separate subculture with rigid belief and practice boundaries.

The original scale items were written to measure a respondent's prefer­ence for a church or a sect orientation. The scale consists of 24 items. The respondent provides a numerical response from 1 ("strongly agree") to 5 ("strongly disagree") for each question. The summed item scores may range from 24 to 120, with lower scores indicating preference for a sect reli­giosity and higher scores indicating prefer­ence for a church religiosity.

The scale is easy to administer, requiring only simple instruc­tions concerning the response continuum. An individual's score is derived by adding together responses to the 24 items (with items 2, 6, 7, IO reversed scored).

An initial pool of 35 items was written to reflect church or sect orientation. These original questions were pretested on a sample of 55 respon­dents selected from a Protestant church in Columbus, Ohio. An internal consistency analysis led to the rejection of 11 items that lacked discriminatory power. Four church and 20 sect items constitute the 24 items selected for the scale.

The theoretical background for this scale assumes a measured difference be­ tween members of groups defined by "church" and members of groups defined by "sect." As expected, a sample of church members (Episcopalian, Presbyterian) had a mean of 76.1, which was significantly different from the sect members' (Holiness, Pentecostal, Church of God, Nazarene, Bap­tist) mean of 58.1. Also, ten sociologists re­cruited from several denominations demon­strated 98% agreement in classification of items as church or sect.

Attitude toward Church and Religious Practices