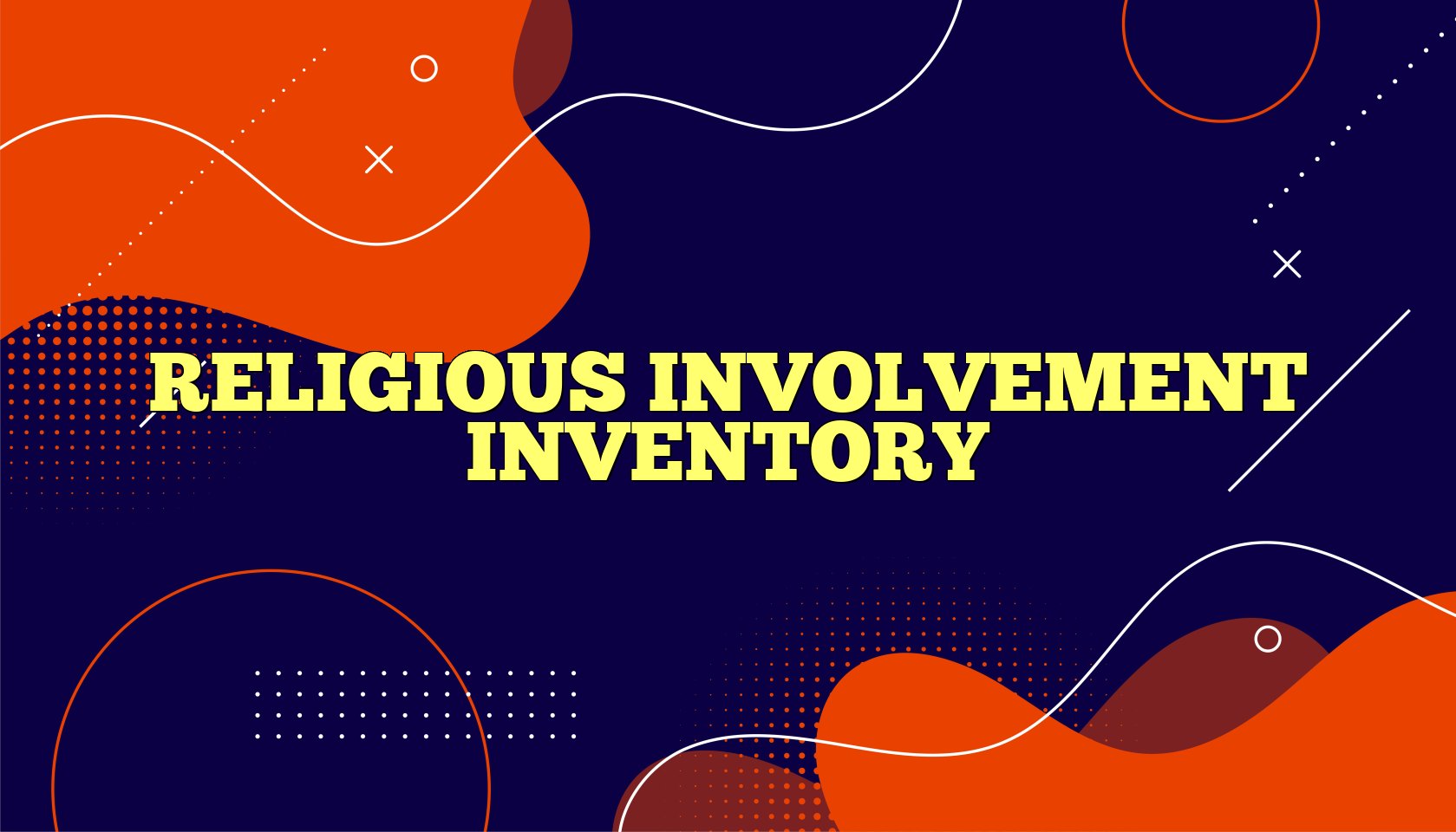 The Religious Involvement In­ventory (RII) arose out of the author's cri­tiques of the earlier scales by King and Hunt (1968, 1969, 1972, 1975). The authors hailed King and Hunt's I I-factor, multivari­ate approach as an improvement over ear­lier, merely conceptual typologies. But they questioned King and Hunt's reliance on (a) factors that were forced to be uncorrelated, (b) items that loaded on multiple factors, and (c) extraempirical criteria for item re­jection from various factors.

By subjecting King and Hunt's question­naire to an oblique rotation, using only empir­ical criteria for scale construction with re­ peated and various religious populations, the authors found seven factors to best account for the data. A 4-point rating system (e.g., "strongly agree" to "strongly disagree," and "regularly" to "seldom or never") generated raw data for the following factors: (I) Per­sonal Faith, which reflects the degree of an active religious faith and an intrinsic orienta­tion with regard to the importance of religion; (2) Intolerance of Ambiguity: Revised, which measures rigid, categorical thinking; (3) Or­ thodoxy, which reflects the degree to which an individual acknowledges acceptance of traditional beliefs in church doctrines; (4) Social Conscience, which measures belief about the church's and one's personal role in soci­ety; (5) Knowledge of Religious History, which measures an individual's knowledge of religion; (6) Life Purpose, which merges the two King and Hunt Purpose in Life scales into one, represents a general life purpose fac­ tor; and (7) Church Involvement, which indi­ cates the extent of financial and social in­volvement within the church context and reflects an extrinsic orientation toward public religious practice.

This is a paper­ and-pencil measure requiring no special skill to administer and score. No instruc­tions are provided and no norms have been developed to allow use of the inventory with individuals.

Seven hundred fifty-eight members of the Mennonite Church Conference (53% females, 47% males, 16 to 90 years old) were the partici­pants in the first study (Hilty et al., 1984). A second study (Hilty & Morgan, 1985) repli­cated Hilty et al. 1984 outcomes, this time using three groups: the first was 367 fe­ males and 221 males affiliated with the West Ohio Conference of the United Methodist denomination; the second and third groups were subjects reported in the King and Hunt 1972 and 1975 studies.

In two of the three samples from the Hilty and Morgan (1985) replication the authors found the same seven oblique fac­ tors (consisting of a total of 82 items), with essentially the same items loading on each factor as in the 1984 study by Hilty et al. Coefficients of congruence between factors across samples ranged from .84 to .98. In sample three, however. a five-factor solu­tion was a better fit with those data, which was a different outcome than the seven-fac­ tor model suggested from samples one and two. From these results, the authors con­cluded that the Hilty et al. (1984) multidi­mensional model based on their seven (or fewer) factor structure was more parsimo­nious than the 11 King and Hunt scales.

In both studies (Hilty et. al., 1984; Hilty and Morgan, 1985) the authors seem to have taken a LISREL confirmatory factor model-derived from the just completed ex­ploratory factor analyses-and then tested this confirmatory model, in part, on the same datasets from which the exploratory factor structures were extracted. When they did use data from other samples, the chi­ square tests for the authors' proposed factor structures indicated the models were not ac­ceptable statistically, although they were an improvement compared to the null model. Various goodness-of-fit indices for the three samples were only .712, .734, and .819, leading Hilty and Morgan (1985) to con­clude that the results offered, at best, "sub­stantial inroads" into understanding the true factor structure of the data.

Most items are answered on a 4-point scale from "strongly agree" to "strongly disagree." The "how often" items have four alternatives: "regularly," "fairly frequently," "occasionally," and "seldom or never." The Knowledge of Religious History items have six choices that are listed in parentheses next to the items.

Bernt, F. (1989). Being religious and being al­ truistic: A study of college service volunteers. Per­sonality and Individual Differences, 10, 663-669.

Jacobson, C. (1992). Religiosity in a black com­ munity: An examination of secularization and polit­ical values. Review of Religious Research, 33, 215-228.