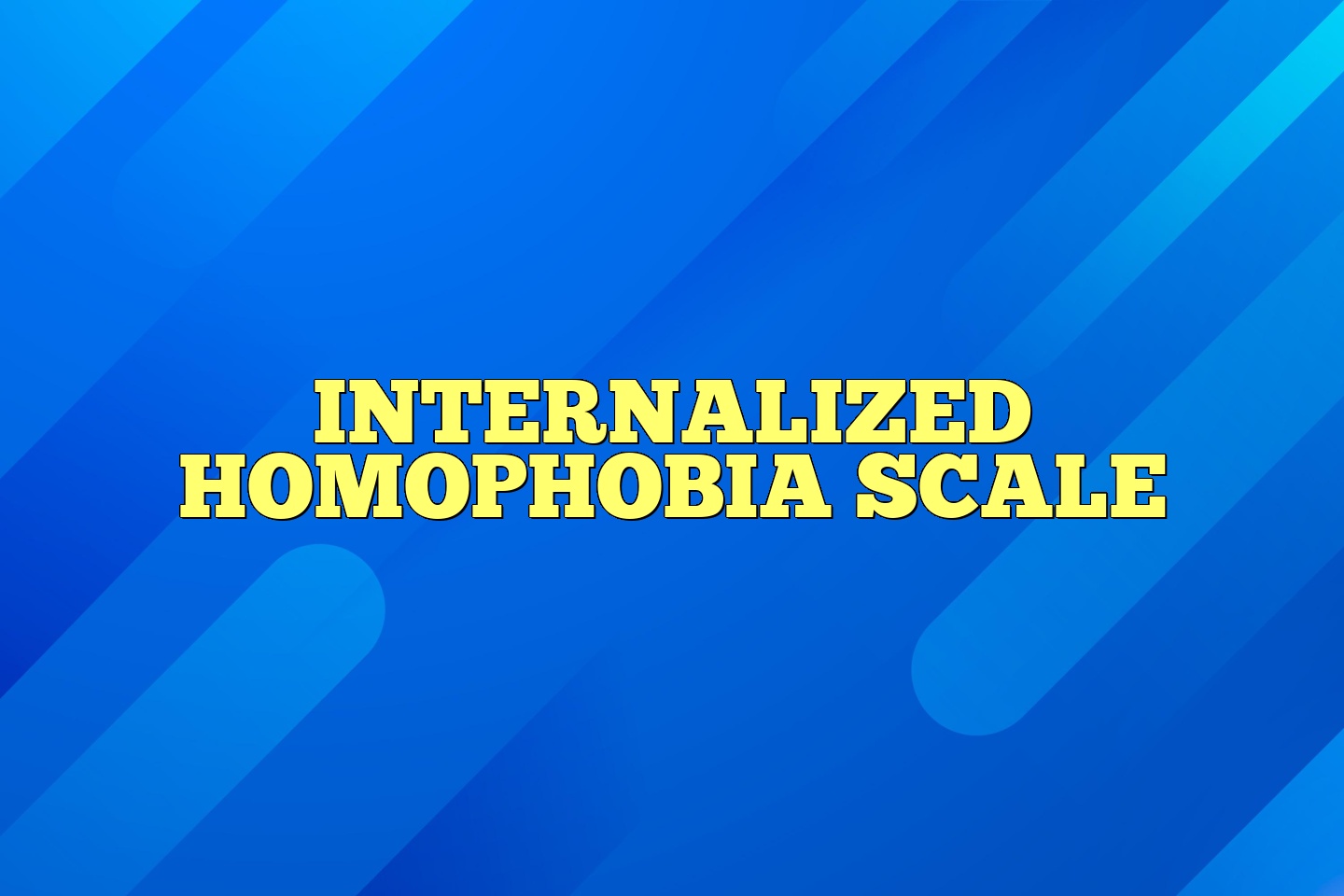 The Internalized Homophobia Scale consists of 20 items, 9 of which are from the Nungesser Homosexual Attitudes Inventory (Nungesser, 1983), with the other 11 items developed by the HIV Center for Clinical and Behavioral Studies at the New York State Psychiatric Institute. A principal components factor analysis with a varimax rotation was performed on a sample of 142 gay men who completed the IHS and a 22-item scale of demoralization (Dohrenwend, Shrout, Egri, & Mendelsohn, 1987), and the 7-item depression subscale of the Brief Symptom Inventory (Derogatis & Melisaratos, 1983). Using all items a two-factor solution resulted, with all but one (Item 4) of the IHS items loading on Factor 1. All of the items from the depression scale loaded on Factor 2, as did 17 of the items from the demoralization scale. None of the items from the three factors loaded on discrepant factors (Wagner, Brondolo, & Rabkin, 1996).

Each item is scored on a 5-point Liker-type scale with 1 = strongly disagree and 5 = strongly agree, and each response represents the degree to which the respondent endorses the statement or item. The scale requires approximately 5 minutes to complete.

There are 10 items that are positively keyed and 10 that are negatively keyed. The range for the total score is 20 to 100, with higher scores representing greater internalized homophobia.

The scale was tested for internal consistency reliability in a sample of 142 gay men, yielding a Cronbach alpha of .92 for the total score (Wagner, Serafini, Rabkin, Remien, & Williams, 1994). Based on this statistic and the previously described factor analysis, it is recommended that the total summed score of the 20 items be regarded as a homogeneous measure of internalized homophobia.

.36; Wagner et al., 1994, 1996). Other correlates include age at which one first accepted being gay (r = .46), and degree of integration into the gay community (r = -.54; Wagner et al., 1994). In a study of HIV+ gay men in which the scale was completed twice, with a 2-year interval, results indicated that greater internalized homophobia, specifically among those who had not yet experienced any HIV-related physi- cal symptoms, predicted higher levels of distress over time; within this subgroup, internalized homophobia at the first assessment was correlated .61 with distress 2 years later.

These research findings indicate that internalized homophobia may have a negative impact on mood, self- esteem, and quality of life. Mental health professionals working with gay men, regardless of HIV status, may be more effective in targeting resources and interventions aimed at improving mental health and overall quality of life if they address issues related to internalized homophobia.