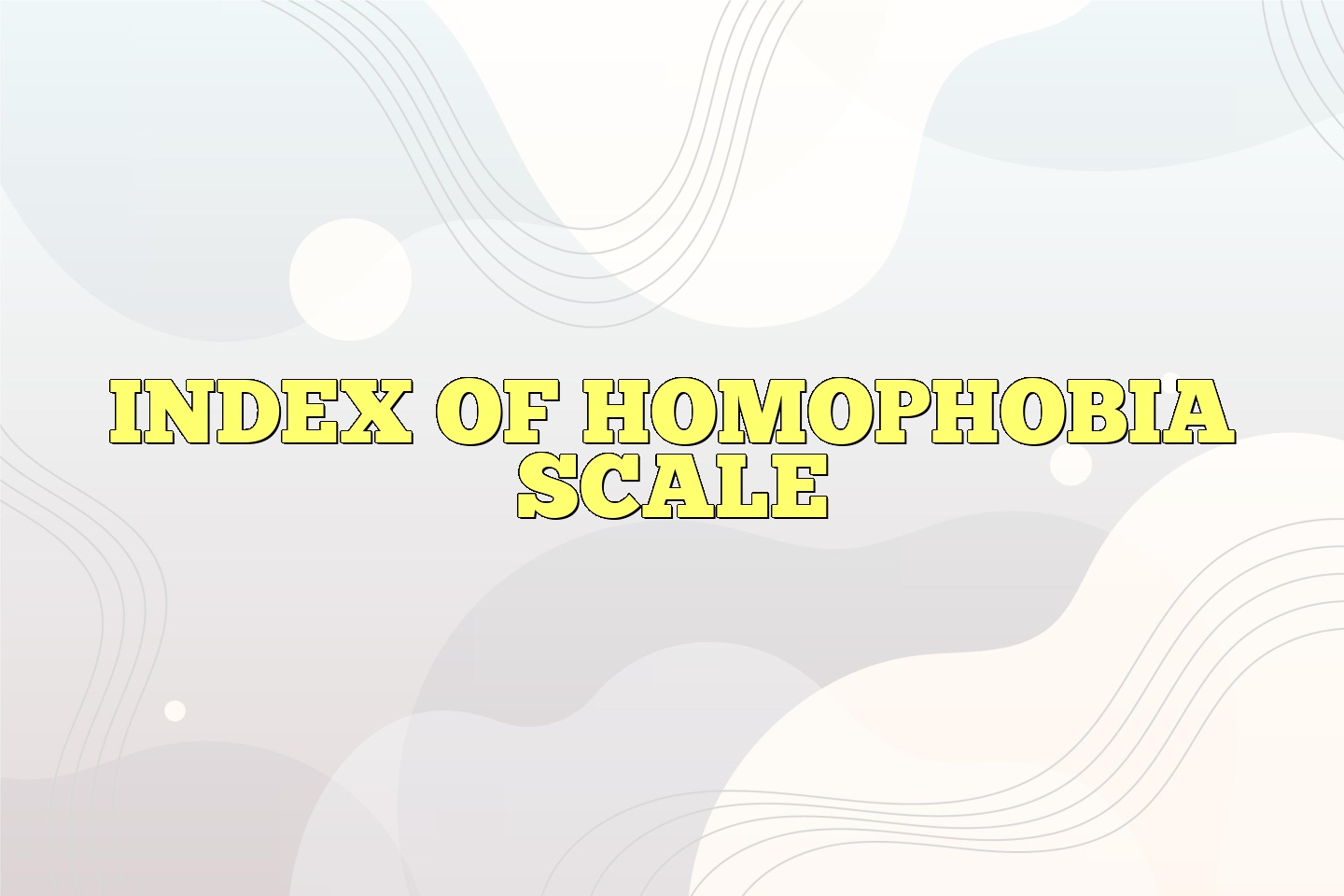 Index of Homophobia (Index of Attitudes Toward Homosexuals)‌

The Index of Homophobia (IHP) is a short-form scale designed to measure homophobic versus nonhomophobic attitudes (the fear of being in close quarters with homosexuals).

The IHP contains 25 category-partition (Likert-type) items, some of which are worded negatively to partially offset the potential for response-set bias. Each item is scored on a relative frequency scale as shown in the scoring key of the instrument. Obtained scores range from 0 to 100 where higher scores indicate greater degrees of homophobia. The IHP has a cutting score of 50, such that scores above that value indicate the presence of an increasingly homophobic attitude toward human sexual expression, whereas scores below that value indicate the presence of an increasing non- homophobic orientation. A score of 0 represents the most nonhomophobic position, and a score of 100 represents the most homophobic position. The IHP can be used with all English-speaking populations aged 12 or older.

The IHP is normally completed in 5–7 minutes.

Items 3, 4, 6, 9, 10, 12, 13, 14, 15, 17, 19, 21, and 24 must first be reverse-scored by subtracting the item response from K+1 where K is the number of response categories in the scoring key. After making all appropriate item reversals, compute the total score as S = (ΣXi–N)(100) / [(K-1)N] where X is an item response, i is item, K is the number of response categories, and N is the number of properly completed items. Total scores remain valid in the face of missing values (omitted items) provided the respondent completes at least 80% of the items. The effect of the scoring formula is to replace missing values with the mean item response

value so that scores range from 0 to 100 regardless of the value of N.

Known groups validity is not available for the IHP scale. Detailed information about content, factorial, and con- struct validity is reported in the WALMYR Assessment Scale Scoring Manual which is available from the publisher.

The proper use of the Walmyr assessment scales is easily mastered, and the scales can be readily understood by qualified professional practitioners. These measurement tools are not intended for use by untrained individuals. The scales are simple, powerful devices that, when used by trained professionals, are capable of revealing both minor and serious problems that individuals might have in many areas of personal and social functioning. They are not intended for use by persons who are not trained to deal with such problems and should be used only by competent professionals, researchers, scholars and those who are engaged in supervised study and training.

The IHP is a copyrighted commercial assessment scale and may not be copied, reproduced, altered, or translated into other languages. The scale may not be administered online nor placed on a website for others to use. It may be purchased in tear-off pads of 50 copies each for $22.50 at www.walmyr.com.

Index of Attitudes Toward Homosexuals (IAH)

This questionnaire is designed to measure the way you feel about working or associating with homosexuals. It is not a test, so there are no right or wrong answers. Answer each item as carefully and as accurately as you can by placing a number beside each one as follows.

3 = Neither agree nor disagree 4 = Disagree