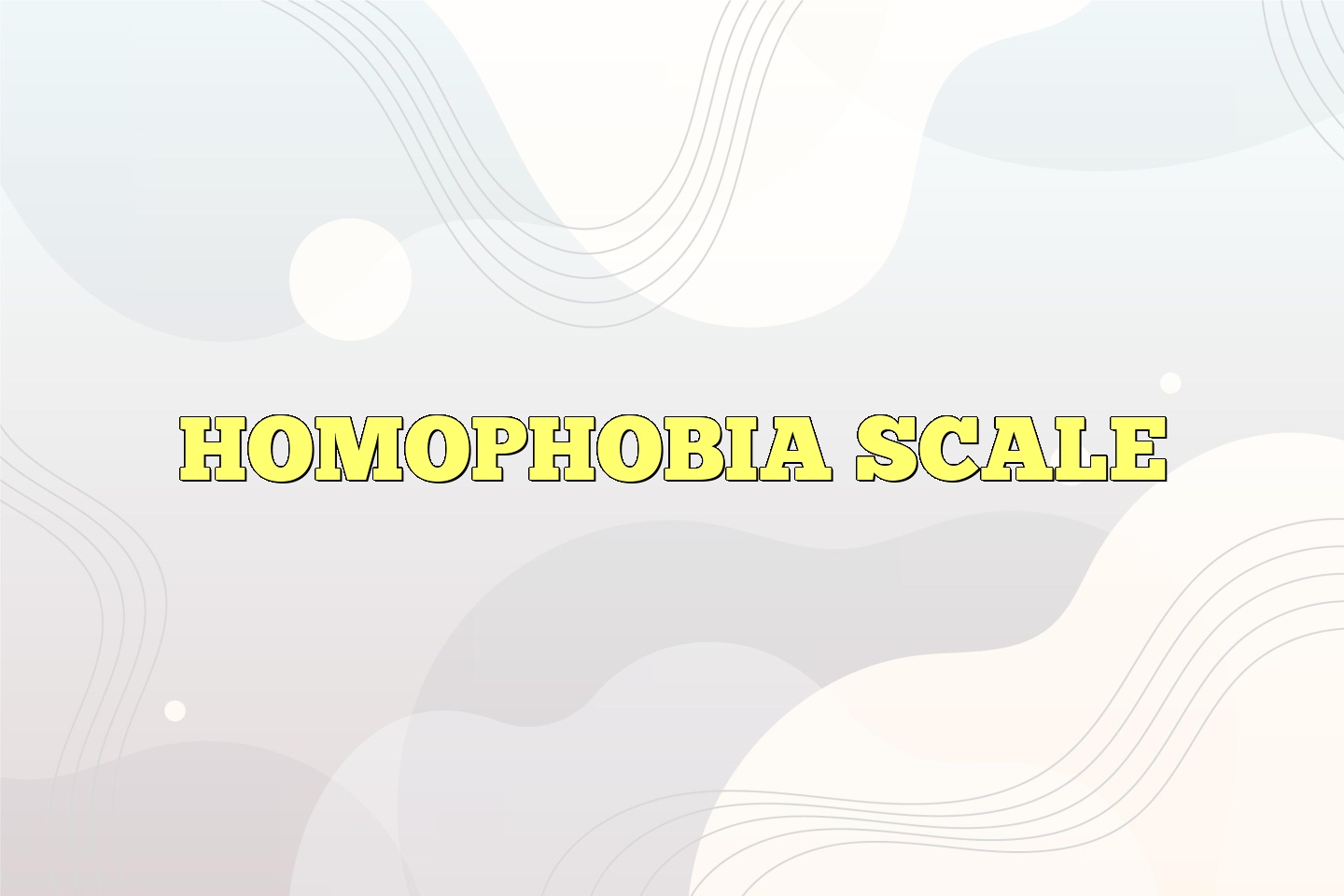 The Homophobia Scale (HS) was developed to assess the cognitive, affective, and behavioral components of homophobia.

The HS consists of 25 statements to which respondents answer on a 5-point Likert scale of 1 (Strongly Agree) to 5 (Strongly Disagree). The majority of the homophobia scales currently in use measure attitudes toward‌ gay and lesbian individuals and what has been referred to as homonegativity, but do not capture the entire construct of homophobia. The inclusion of items that assess social avoidance and aggressive acting, in addition to the attitudinal items found on many homophobia measures, differentiates the HS from other scales.

The participants for the development and validation studies (N = 321 for the initial field trial and N = 122 for test-retest reliability) were students from a large midwestern university. Their average age was 22.38 (SD = 4.12).

Respondents can indicate their level of agreement or dis- agreement with the statements by circling the number on the Likert scale that most closely matches their thoughts, feelings, or behavior. The scale can be completed in approximately 5 to 7 minutes.

A total score and three subscale scores can be calculated for the scale.

Concurrent validity was established using the Index of Homophobia (IHP; Hudson & Ricketts, 1980). A Pearson correlation coefficient was computed using overall scores for the IHP and the HS. The results yielded a significant correlation, r = .66, p < .01, indicating the two scales are measuring a similar construct. The moderately strong correlation suggests the HS measures something different than the IHP.

A copy of the scale can be obtained at no cost from the corresponding author. Appropriate citation of the scale (Wright, Adams, & Bernat, 1999) is requested.

This questionnaire is designed to measure your thoughts, feelings, and behaviors with regard to homosexuality. It is not a test, so there are no right or wrong answers. Answer each item by circling the number after each question as follows: