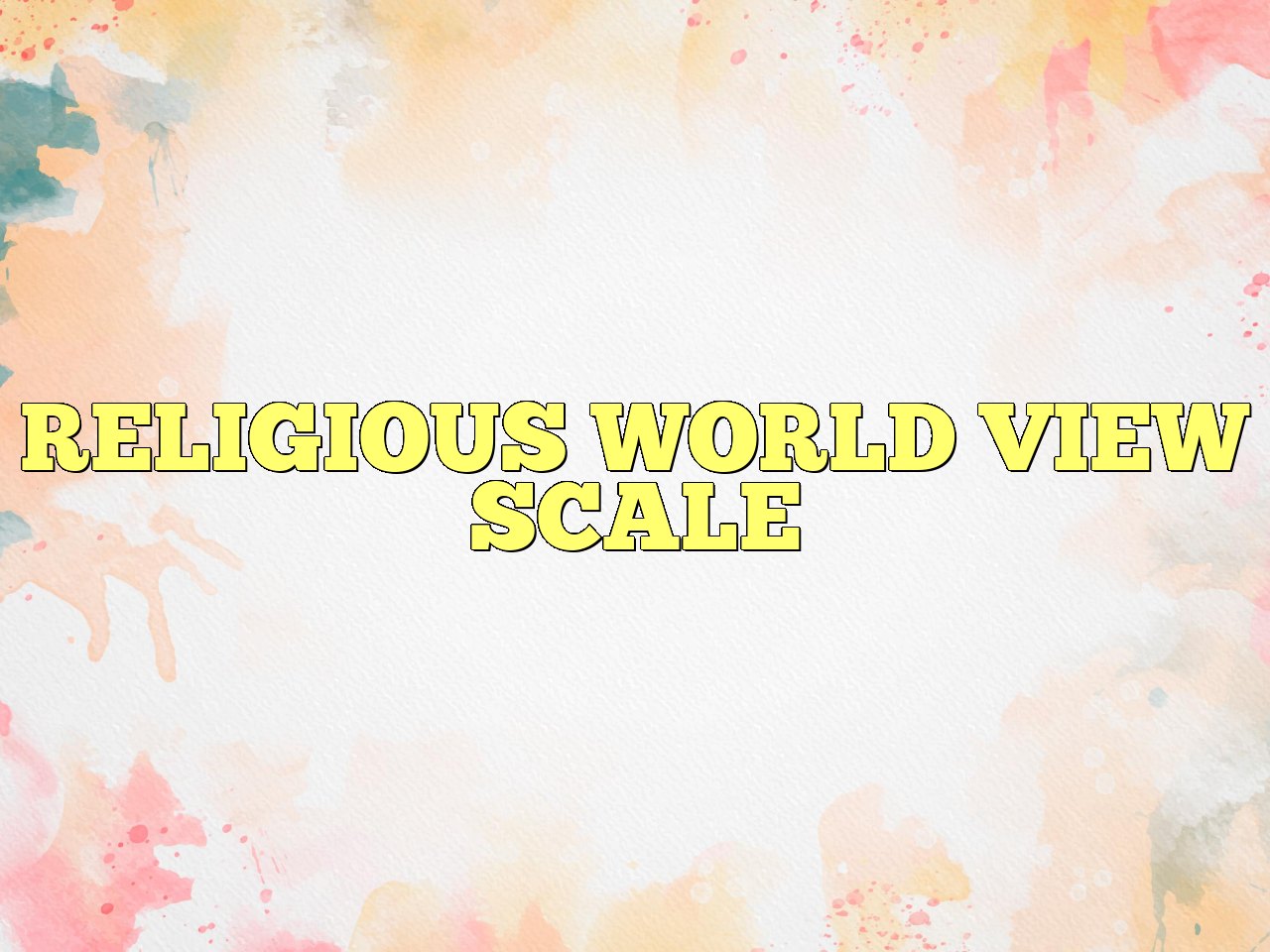 The Religious World View Scale assesses the extent to which one agrees with a number of orthodox tenets of the Christian faith. The respondent is asked to respond to various statements pertaining to central as­pects of Christianity, including the divinity of Christ, the existence of hell, the occurrence of miracles, the validity of the Bible, and the means of salvation.

This scale was developed to stimulate interest in religious thought and to help students understand and clarify their religious worldview. Twenty-five scale items are presented according to a Likert scale ranging from 5 to l (strongly agree to strongly disagree) format. Some of the items are reverse scored. All of the items contribute to a single total score for the in­strument.

The instrument consists of 25 items presented in a clear manner that can be completed quickly. The instrument evaluates the extent to which one agrees with the orthodox tenets of the Chris­ tian faith. It assumes some nominal religious background or knowledge in that re­spect. The reverse-scored items are denoted in the Jennings (1972) study, and the responses to all of the items are simply totaled for a final score.

Construct validity is supported by Jennings (1972), who found that females scored significantly higher than males, con­sistent with findings in religiosity that fe­ males tend to be more religious than males. Jennings's (l 972) study also found that older males scored significantly higher on the instrument than younger males. Of the various instruments that Jennings used in his study, the strongest pairwise correlation (r = 0.91) was for the Religious World View Scale and another measure of orthodoxy of belief, the Scriptural Literalism Scale (Hogge & Friedman, 1967).

What Do You Believe?

For each of the following statements, circle the choice that best indicates the extent of your agreement or disagreement as it describes your personal experiences: