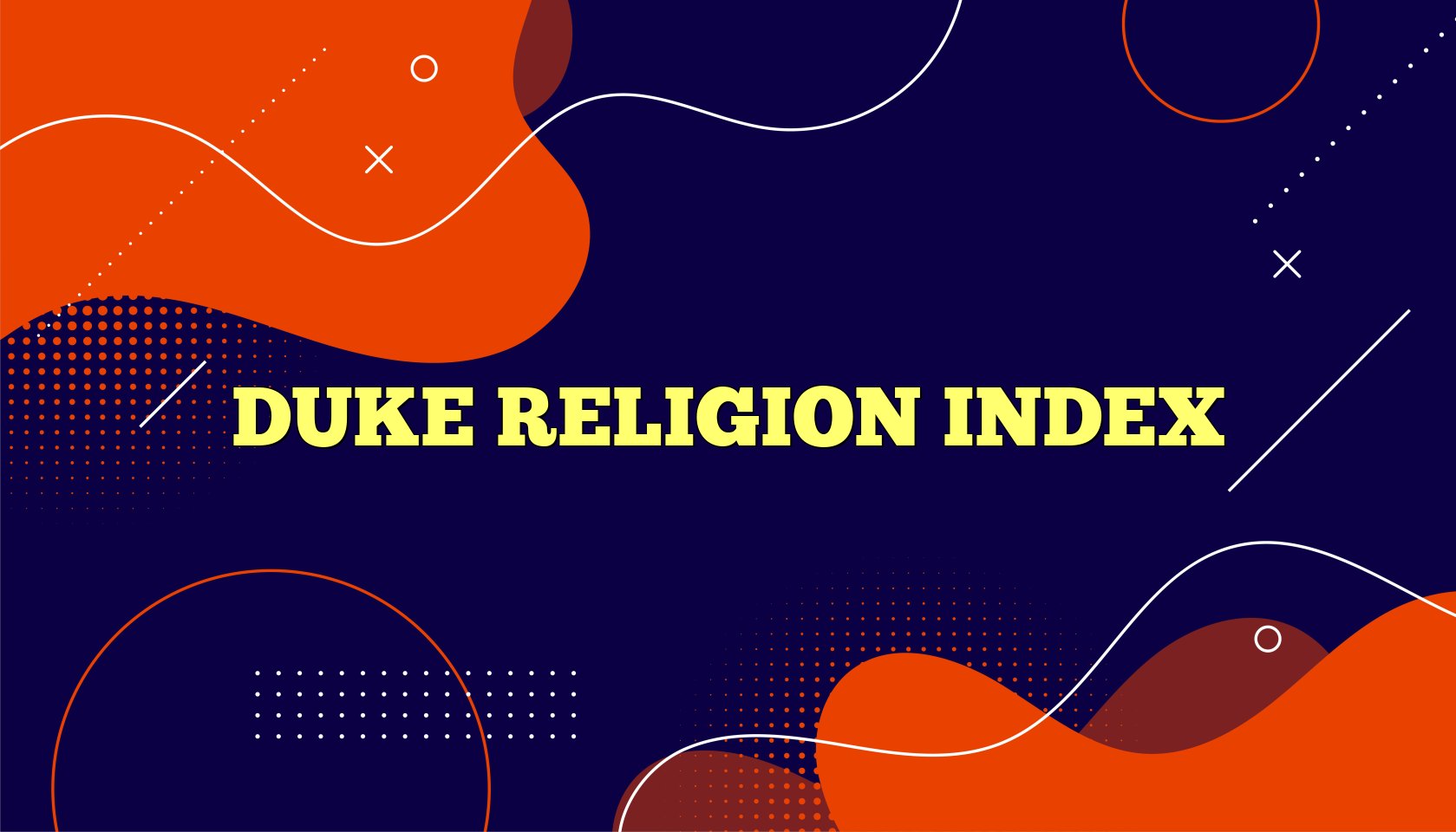 The Duke Religion Index (DUREL) measures three major dimensions of religiousness: organizational (OR), nonorganizational (NOR), and intrinsic reli­giosity (IR). The authors developed this scale as an attempt "to measure religiosity in a comprehensive yet brief and non-offensive manner" (p. 885).

The first and second items of this five-item scale measure OR and NOR respectively. The last three items were ex­tracted from Hoge's (1972) intrinsic reli­giosity scale (items 2, 6, and 7). From a study of 458 medical patients in the Duke Hospital Study, these three items were cho­sen based on their intrinsic factor loading (3 of Hoge's 5 items that loaded .72 or greater), correlation with the total score of the Hoge ten-item scale (3 of Hoge's 6 items that correlated .65 or greater), and relationship with several health outcomes, in­cluding social support, functional impair­ment, severity of medical illness, self-re­lated depression, major depression, and speed of recovery from depression. The five items are summed, resulting in a score range of 5 (high religiousness) to 27 (low reli­giousness).

This brief scale requires no special considerations and should take only a few minutes to complete.

Though no norma­tive data on the first two items are presented in Koenig, Patterson, and Meador (1997), the authors report that normative data on re­sponse rates in both clinical and community populations are available. These two items were administered to over 7,000 persons aged 18 to 90 participating in three separate studies. Descriptive statistics (e.g., means, standard deviations, etc.) were also not re­ ported for the final three items. Again, how­ ever, such normative data is provided through the Duke Hospital Study.

No reliability data are presented on the first two items. The three-item intrin­sic religiosity subscale had a Cronbach's alpha of .75.

The 3-item intrinsic religiosity subscale strongly correlated (r = .85) with Hoge's full 10-item scale and only moder­ately correlated with OR (r = .40) and NOR (r = .42). Though the correlation between OR and NOR was not reported, correlations with physical and mental health measures suggest that these two measures of religious behavior are distinct (see also Koenig, 1997; Koenig, Hays, George, & Blazer, 1997). For example, OR is related to more social support, less depression (both self­ rated and major depression), less severity of medical illness, and less functional impairment. NOR is related to more social support only, though the authors cite recent research (Koenig et al., 1997) suggesting that NOR is related to poorer physical health and has a mixed association with depression. The au­thors' claim that this brief instrument mea­ sures "three major dimensions of religious­ ness that are related in overlapping yet unique ways to social support and different health outcomes" (p. 885) appears to be valid.