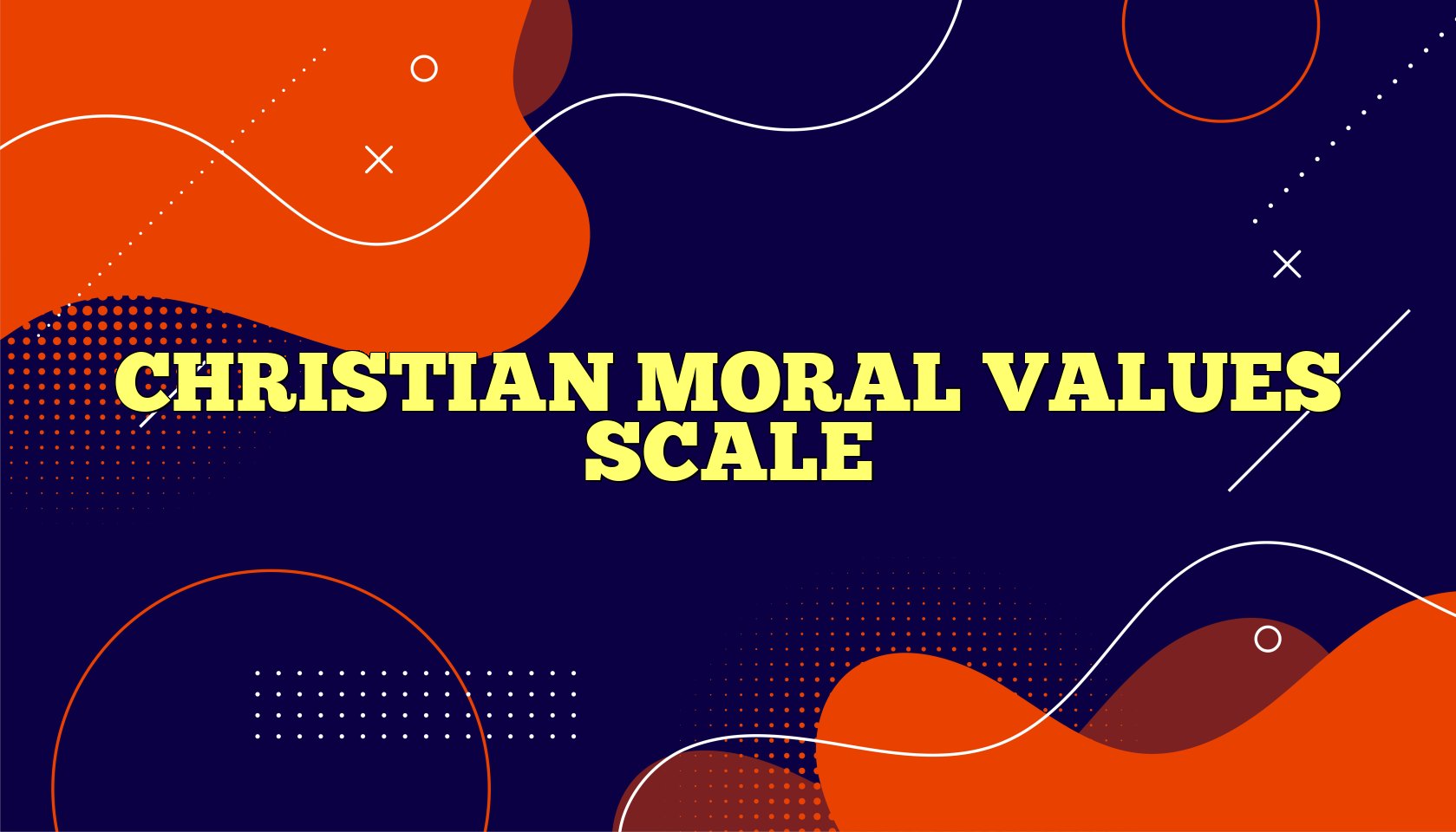 The Christian Moral Values Scale measures individual differences in the eval­uation of traditional values supported by the Judeo-Christian tradition. In particular these are moral issues that the authors felt to be important in analyzing the differences be­ tween active and inactive Catholics and Protestants in Northern Ireland.

The approach is a "common-sense" based selection of behaviors having high face/content validity to the investiga­tors. There is little attention given to inter­ facing this behavioral list with other research for either measurement or theoret­ical purposes.

Francis and Greer (1992) point out that research on attitudes is more common than on ethical issues. This scale is a response to that need by dealing explicitly with moral values. In Francis and Greer (1992), the em­ phasis on values is also provided by the pos­sible responses to each behavior. These ranged from "always wrong" to "never wrong." Thus the responses also stress moral evaluation. This is appropriate given other research (reviewed by Gorsuch, 1986) clearly showing that the traditional attitude scale is primarily composed of affect, and

lacks the moral oughtness of ethical issues. It also shows that moral evalutions add in predicting moral behaviors over affect eval­uations as measured by the usual attitude scale (Gorsuch & Ortberg, 1983). This re­sponse scale is more consistent with the ex­ pressed goal than the "strongly disagree" to "strongly agree" response scale used in Francis and Greer (1990) for rating the same behaviors.

The items consist of 10 behav­iors selected primarily by content (see items below) based on the authors' knowledge of the traditions. "Exploratory factor analysis" (details about the methods used are not given) resulted in a single factor from which the best 10 behaviors were selected. The be­haviors in this scale are primarily single words (e.g., stealing) and thus are somewhat more simplified than others using the same intuitive approach.

The respondents rate each of the behav­iors on a 5-point scale. "Always wrong" or "strongly disagree" is given a score of 5 and "never wrong" or "strongly agree" is scored 1 so that a higher score is a higher moral judgment. Since there are no positive ethical values on the questionnaire, those with a negativistic bias will score higher.

The scale is eas­ily administered and scored. Since the items are so short, it is easy for one teenager to glance at another's response, which may lead to students' commenting on each oth­ers' responses if the test is given in a class­ room setting. Note that two different response scales have been used, the traditional Likert and one based on how wrong a behavior is. The latter is more consistent with the expressed purpose of the scale.

Some item re­sponse summaries and descriptive statistics are given in the research studies for students in Northern Ireland. No other normative data are provided.

The validity is assumed based on the item content. However, some of the be­ haviors are not distinctly Christian, since secularists also strongly support them.

Other behaviors have little consensus across variations in Christianity. Construct validity is supported in the research to date (although it may be more appropriate to subscore for behaviors judged wrong within particular Christian traditions; see Greer & Francis, 1990, for Protestant­ Catholic differences to establish subscor­ing).

The authors are flexible as to format and instructions. The 10 behaviors are given separately or included with other items using the same response format. The typical directions for such ques­tionnaires are used. For example:

Below is a set of behaviors. Please print a number from 1 to 5 on the line in front of each item to tell us how wrong that behaviors is. The "right" response is what you think about that behavior.

Here is what each of the numbers from 1 to 5 mean:

Write the number in front of each behavior to tell us if you believe it is wrong or not.