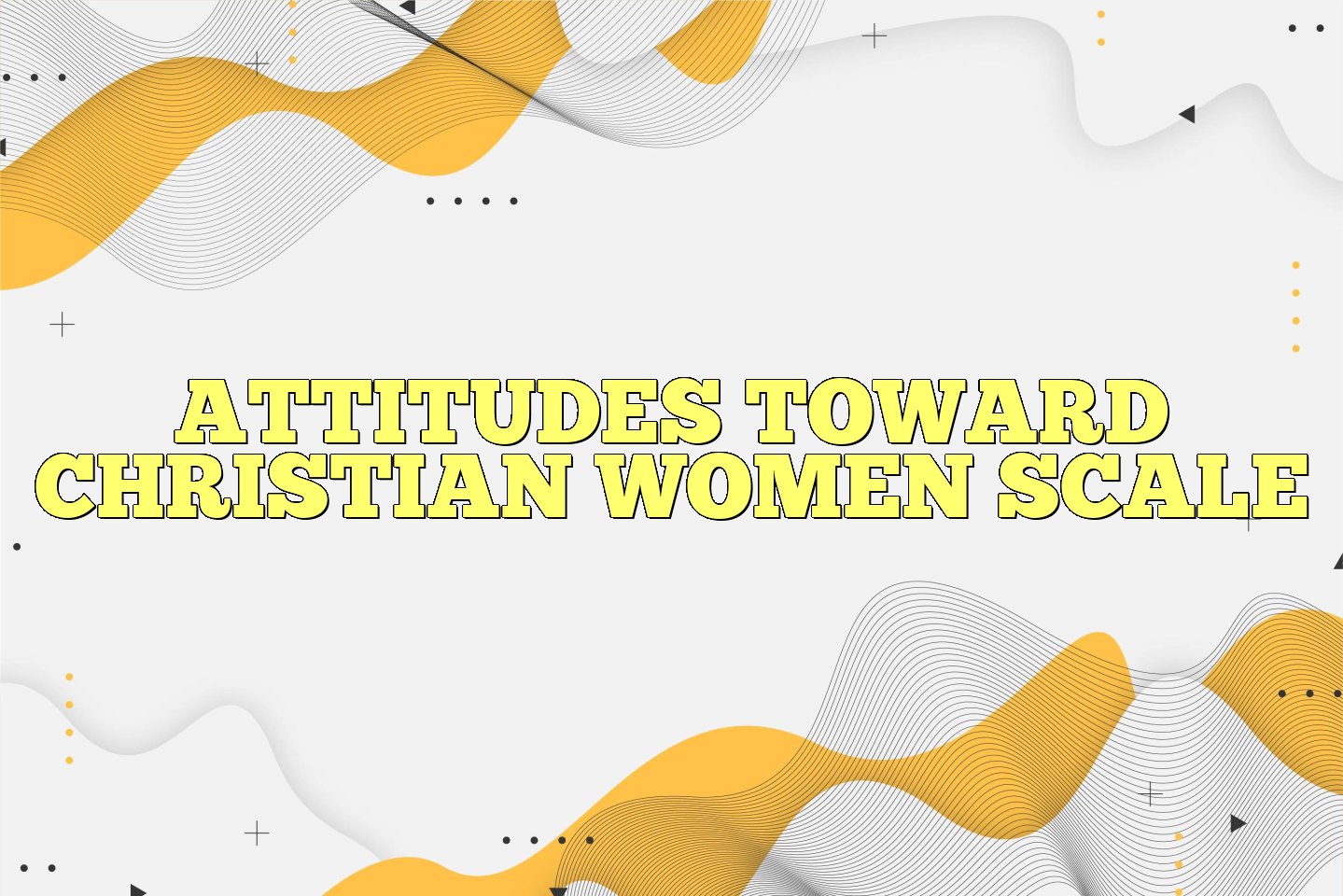 The Attitudes Toward Christian be helpful in illuminating the relationship be- Women Scale (ACWS) is designed to meatween patriarchal beliefs and domestic viosure patriarchal Christian beliefs held by Jenee. It contains five subscales: female adult women. One assumption is that it may physical and emotional independence, female submissiveness and guilt, female innate and demonstrated efficacy, martyrdom, and God's nature.

It is assumed that patriarchal beliefs are multidimensional. The scale con­ sists of 34 items, which are scored on a 6- point Likert continuum. The items were de­ rived from historical and modem theological views concerning the role of women in the family, church, and community.

Because no item is represented in more than one subscale, the five subscales are in­ dependent and can be scored separately. The score of each subscale is determined by summing the scores of the items. Only 23 of the 34 items are included in the subscales. An overall score can also be obtained by totaling the responses of all 34 items.

This scale does not require special training to administer or score. Each statement is clearly identified with either a patriarchal or an egalitarian view of women's roles in the family, church, and society.

Those fifty subjects were personally recruited from the great Los Angeles area by a member of the research team. All subjects spoke English, ranged in age from I 8 to 65, and came from diverse ethnic educational, occupational, and Christian denominational backgrounds. In order to be included in the sample, each participant needed to be currently involved in a hetero­ sexual relationship for at least one year.

Pearson product-moment inter­ correlations were calculated among all the items to create subscales. A minimum correlation of .6 between items was used to select items for inclusion, resulting in five sub­ scales' using 23 of the 34 original statements.

The scale has high face validity with each item clearly identified as an egali­tarian or patriarchal view toward women. Several steps were taken to establish validity for this scale. First, the author attempted to demonstrate content validity by having three doctoral students familiar with both theology of women and domestic violence review the initial pool of statements drawn from theo­ logical materials on Christian womanhood. The items were then administered to six women who were subsequently interviewed for their impressions of the statements. The statements were then revised to form the final version.

The author hypothesized that there would be a correlation between gender role beliefs and ongoing behavior in heterosexual rela­tionships. She chose to administer an already established scale as well, The Attitudes to­ ward Women Scale (AWS), which is de­ signed to measure conservative, traditional female behavior and liberal, egalitarian fe­ male behavior. The AWS short form was used because it has been shown to signifi­cantly correlate with the longer version (.97 for college women and .96 for mothers of college students). With one exception (Fe­ male Submission and Guilt), all of the sub­ scales of the ACWS correlated significantly with the summed score of the AWS short form. On the basis of these results, the author concluded that religious gender role beliefs are multidimensional and may be indicative of expectations and behavior in heterosexual relationships.

Subsequent Research: There is no further research available on this instrument at this time.