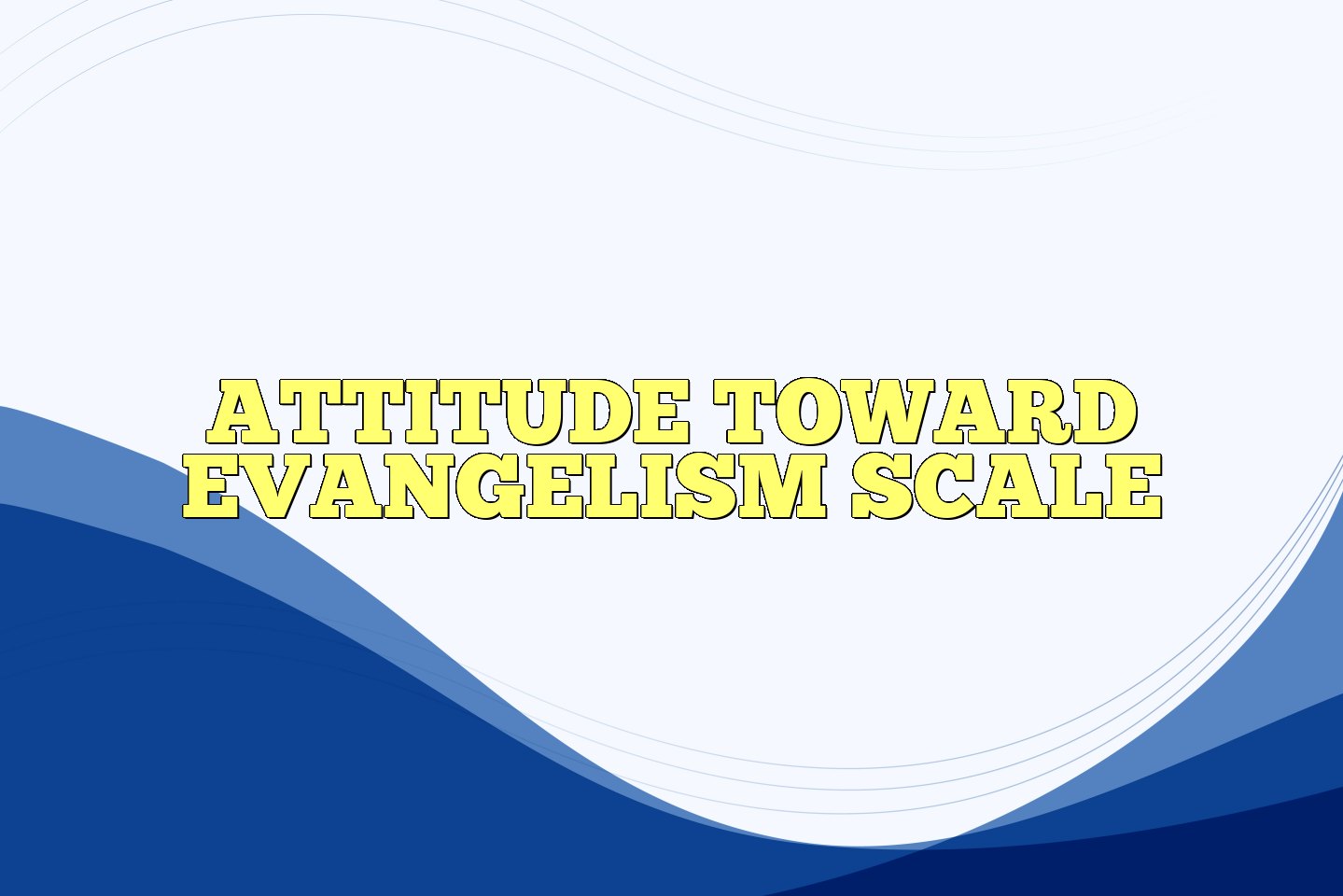 The Attitude toward Evangelism Scale measures the degree to which people are open to the rights of religious groups to evangelize. The authors define evangelism as "the employment of religious ideology in intensive direct contacts with prospective recruits" (p. 56). The conceptual basis of this instrument is the public (i.e., the pro­mulgation of faith in public places or media to recruit converts) and visitation (i.e., se­ curing conversions through direct visitation with individuals or families) components of evangelism.

The scale consists of 21 items to which people respond in a standard 5- point Likert format ranging from "strongly disagree" (1) to "strongly agree" (5). These items were selected from a total of 80 items on the basis of showing the largest differ­ences between the 10% of an original sample of introductory psychology students who scored highest on the 80-item scale and the 10% who scored lowest on the 80-item scale. Seven of the 21 items are reverse scored.

The concept of attitude toward evange­lism is multidimensional. Four factors with item loadings of at least .30 were identified (with items listed in decreasing correlational order):

The scale is straightforward and requires no special con­siderations for administration. It should take no more than 10 minutes to complete.

The initial sample of students for the item-selection phase of the study consisted of 130 introductory psychol­ogy students at Oregon State University in fall, 1980. The age range was 18 to 37 years, with the mean age of 19.58. The sample was equally divided between males and females. No descriptive statistical data (means, stan­dard deviations, etc.) were reported.

A similar second sample of introductory psychology students during the same semes­ter at the same institution (55% male; mean age of 20.65) was selected to test the scale's reliability and validity. Again, no descrip­tive data were reported.

A construct validity correlation co­ efficient of .76 was calculated between this scale and the Fanaticism scale of Putney and Middleton's (1961) Dimensions of Reli­gious Ideology Scale (see chap. 8). Higher evangelism scores were reported by the au­thors for Protestants versus non-Protestants, for those who claim a religious identity ver­ sus those who claim no religious identity and for those "active in religion" versus those "inactive in religion." On the basis of "generally known denominational belief, policy, and practice" (p. 59), Protestants from "high-outreach" denominations scored higher than Protestants from "low-outreach" denominations.

Please respond to each of the 21 items below by using the following rating scale.

No subsequent research using this scale was found.