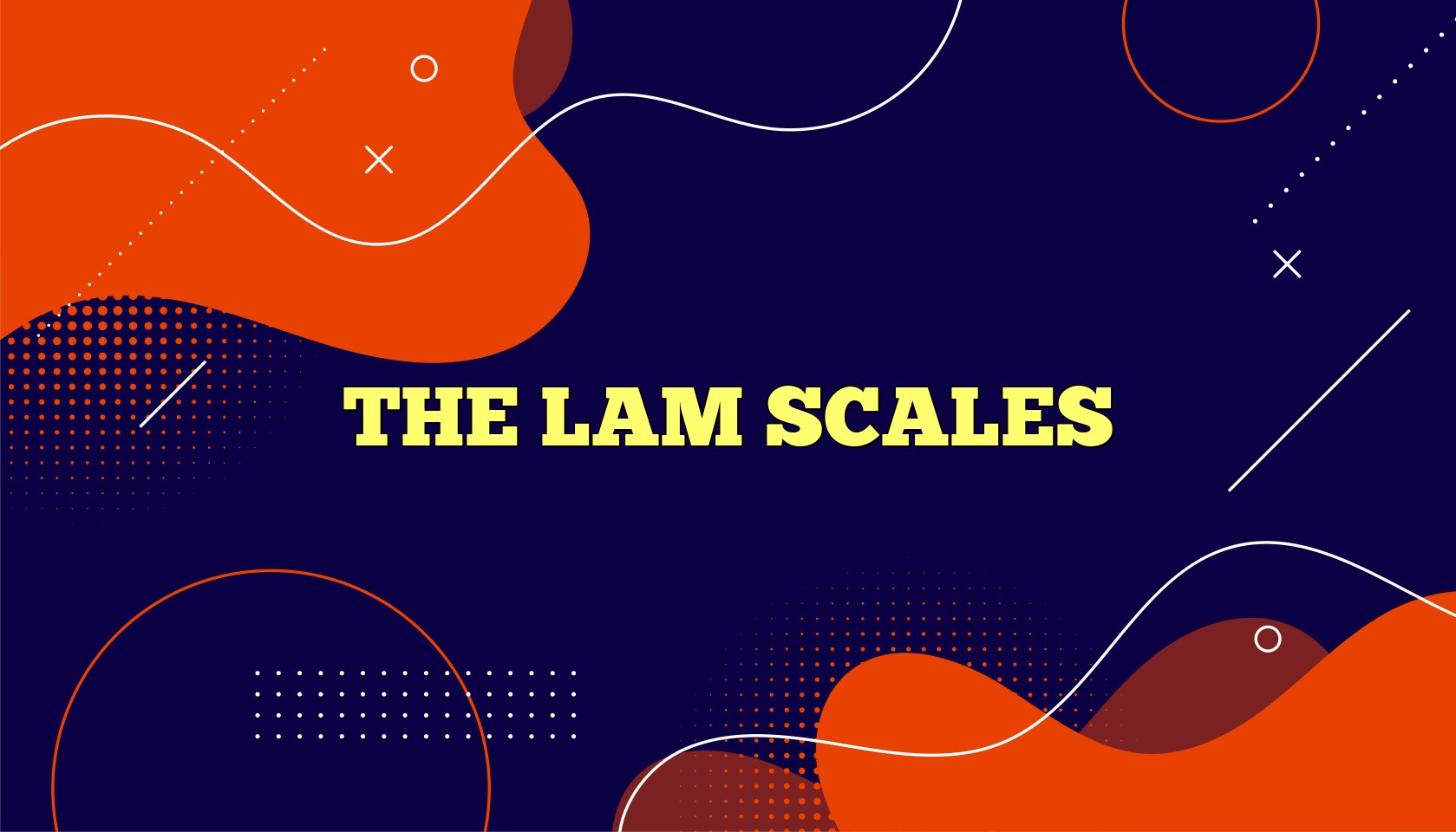 The LAM scales attempt to mea­ sure an individual's characteristic interpre­tive style with respect to biblical or theolog­ical assertions. Three styles (on which the LAM acrostic is based) are represented: (I) the literal (L) style, which involves straight­ forward, face-value endorsement of an assertion; (2) the antiliteral (A) style, embod­ied in straightforward, face-value rejection of an assertion; and (3) the mythological (M) style, characterized by neither straight­ forward endorsement nor rejection but by reinterpretation of an assertion in nonliteral or symbolic terms.

Hunt's (1972a) stated rationale for developing the LAM scales was to ad­ dress what he perceived to be a fundamen­talistic bias inherent in contemporary ap­proaches to measuring religiosity. Specifically, he argued that the wording of such measures seemed to equate religiosity with wholehearted assent to the literal truth of a given set of (typically Christian) theo­ logical statements. As a result, religious per­ sons who interpreted such statements in a more symbolic, nonliteral fashion might­ owing to a lack of alternatives-errantly misclassify themselves as "nonreligious" by rejecting the statements' literal endorse­ment. Thus, in the LAM scales, Hunt at­ tempted to tap not only the customary literal and antiliteral response styles but also a third, symbolic style that he labeled "mytho­logical."

The LAM scales themselves consist of 17 (out of an original 25) theological state­ments, each followed by 3 (occasionally 4) interpretive responses. Each response, in turn, begins with either "agree" or "dis­ agree," followed by a brief justification based on literal, antiliteral, or symbolic grounds. Hunt (1972a) offered two scoring methods; both are ipsative, i.e., scores on the 3 scales are not independent of each other. The first method involves assigning either 2, 1, or O points to a response based whether the respondent ranked it as first, second, or third (fourth) closest to his or her own position (the "2-1-0" method). The sec­ond option involves assigning a score of 1 to the top-ranked response to each item, and to all other responses (the "1-0-0" method). Classification as L, A, or M is based on the highest of the respondent's 3 scores. Hunt himself recommended the sec­ond scoring method on the basis of minimal inter scale correlations (but in the absence of clear theoretical justification; see discussion under "Validity").

Other item formats and scoring ap­proaches have also been used. Poythress (1975; see also Orlowski, 1979), for exam­ple, combined each of the 17 theological statements with its respective interpretive responses to create items to which responses

could be recorded using a -2 (strongly dis­ agree) to +2 (strongly agree) Likert-type re­sponse format. Classification is again deter­ mined on the basis of the highest score (or a combination of scores; see Poythress, 1975).

The LAM scales are relatively short and easy to administer in a paper-and-pencil format. Explicit instruc­tions are not provided, although Hunt (1972a) stated that "subjects were asked to respond by ranking each set of three [four] alternatives according to the extent to which each expresses his [sic] personal opinion" (p. 44). Because responses are keyed, scor­ing presents no difficulty via the Likert or either of the ipsative methods. Statistical analyses based on the ipsative scoring meth­ods are a bit complex and difficult to inter­pret for the nonspecialist, however. Hunt (1972a) noted that the lack of independence among the LAM scales' scores alters the meaning of inter scale correlation coeffi­cients, for example. An additional concern is that the LAM scales assume not only a relatively high reading level but also sophistication with a rather specialized (i.e., lib­eral Protestant) theological tradition (see Greeley, 1972). Removal of sexist language present in several items should also be con­sidered prior to administration.

Deficiencies with respect to sup­ port for the validity of the LAM scales have begun to be addressed only recently. In his original report, Hunt (1972a) found a strong positive and a strong negative corre­lation, respectively, between the L and A scales and McLean's (1952) Religious Worldviews Scale, offering some evidence of convergent validity. The obtained correlations are hardly surprising, however, in that the stems used to construct the LAM scales' items are based on items from McLean's scale. Of somewhat greater value, however, the M scale was found to be unrelated to McLean's scale, which is consistent with Hunt's claim that the M scale taps an interpretive style not ad­ dressed in traditional measures of religiosity (although this does not help to establish what the M scale in fact measures).

Orlowski (1979) provided some support for the convergent validity of the LAM scales: In his Franciscan sample, L and M self-ratings were reliably positively corre­lated with peer-observers' respective L and M ratings of the same individuals. Ratings on the A scale were not reliably related, however, which Orlowski attributes, in part, to the restricted variance associated with these ratings. Another possible expla­nation is that the explicitly religious social surround-a Roman Catholic religious order-may have suppressed behavioral ex­ pression of any antiliteral tendencies among sample respondents, resulting in a discrepancy between privately held and publicly endorsed (i.e., peer-observable) in­terpretive styles.

More recently, using a substantially re­ vised instrument, vander Lans (1991) found some support for the predictive validity of the L and M ("metaphorical") scales. Specifically, structured interviews of ex­treme Land M scorers revealed that the latter tended to approach religious language and symbols in a less concrete, more flexi­ble manner than did the former. None the­ less, a number of validity issues warrant fur­ther attention.

The first issue concerns the dimensional­ity of the LAM scales. Hunt's (1972a) stated rationale for developing his scales was to disentangle the "literal-symbolic" and the "conservative-liberal" (or "reli­gious-nonreligious," see Hunt, 1993) interpretive dimensions, which he believed to be confounded in traditional measures of reli­giosity. It is unclear whether Hunt regarded these dimensions as orthogonal (i.e., inde­pendent of each other); if so, the extant scales seem to represent only the literal-re­ligious (L), literal-nonreligious (A), and symbolic-religious (M) alternatives-miss­ing is a symbolic-nonreligious alternative. Northover, Montoro-Gonzalez, and Hunt (1993) dealt with this omission by assum­ing a different dimensional structure, wherein literal and antiliteral interpretive styles represent endpoints of a single bipo­lar dimension, with the mythological style representing a sort of neutral or noncom­mittal position.

Uncertainties regarding the dimensional structure of the LAM fuel questions con­cerning what exactly the M scale measures. The recent validation studies by vanderLans (1991) are somewhat helpful here, but other questions have yet to be adequately addressed. For example, is the mythological interpretive style in fact the most "mature" style, as Hunt (1972a) claimed? To illus­trate, it can be argued that the M scale mea­ sures, at least in part, a sort of theological latitudinarianism regarded as socially re­spectable in mainstream religious denomi­nations, i.e., that it taps the tendency to adopt a truce-like stance with respect to the clashing stances of the hardcore religiously and scientifically orthodox (as respectively represented in the L and A scales) . Estab­lishing the truth or falsehood of this inter­pretation of the M scale is a matter for fu­ture research.

A final issue concerns the representative­ ness of M scale response alternatives. As Greeley (1972) noted, M-scored responses on the LAM scales have a decidedly human­istic, liberal Protestant tone that is not ex­haustive of possible symbolic reinterpreta­tions, a point that Hunt (1972b, 1993) has conceded. Thus, an individual whose pre­ dominant interpretive style is mythological may agree with the spirit but not the letter of M scale responses, and may therefore respond somewhat inconsistently. This may partially explain the lower reliability of the M scale as compared to the L and A scales (see "Reliability").

Hunt, R. A. (1972). Mythological-symbolic reli­gious commitment: The LAM scales. Journal for the Scientific Study of Religion, I I, 42-52. (Note that only the 17 final items are shown in the appen­ dix of this review, not the entire 25 as declared in the text.)

Kalecinska-Adamczyk, E. (l 995). Religion and anti-Semitism: The influence of the social approval of prejudices on the tendency to manifest them in behavior. Polish Psychological Bulletin, 26, 158-160.

Northover, W. E., Montoro-Gonzalez, L., & Hunt, R. A. (l 993). A cross-cultural comparison of religious belief: Canadian and Spanish students' re­sponses to the Hunt scale. International Journal for the Psychology of Religion, 3, I87-199.

vander Lans, J. M. (l 991). Interpretation of re­ligious language and cognitive style: A pilot study with the LAM scale. International Journal for the Psychology of Religion, I, 107-123.