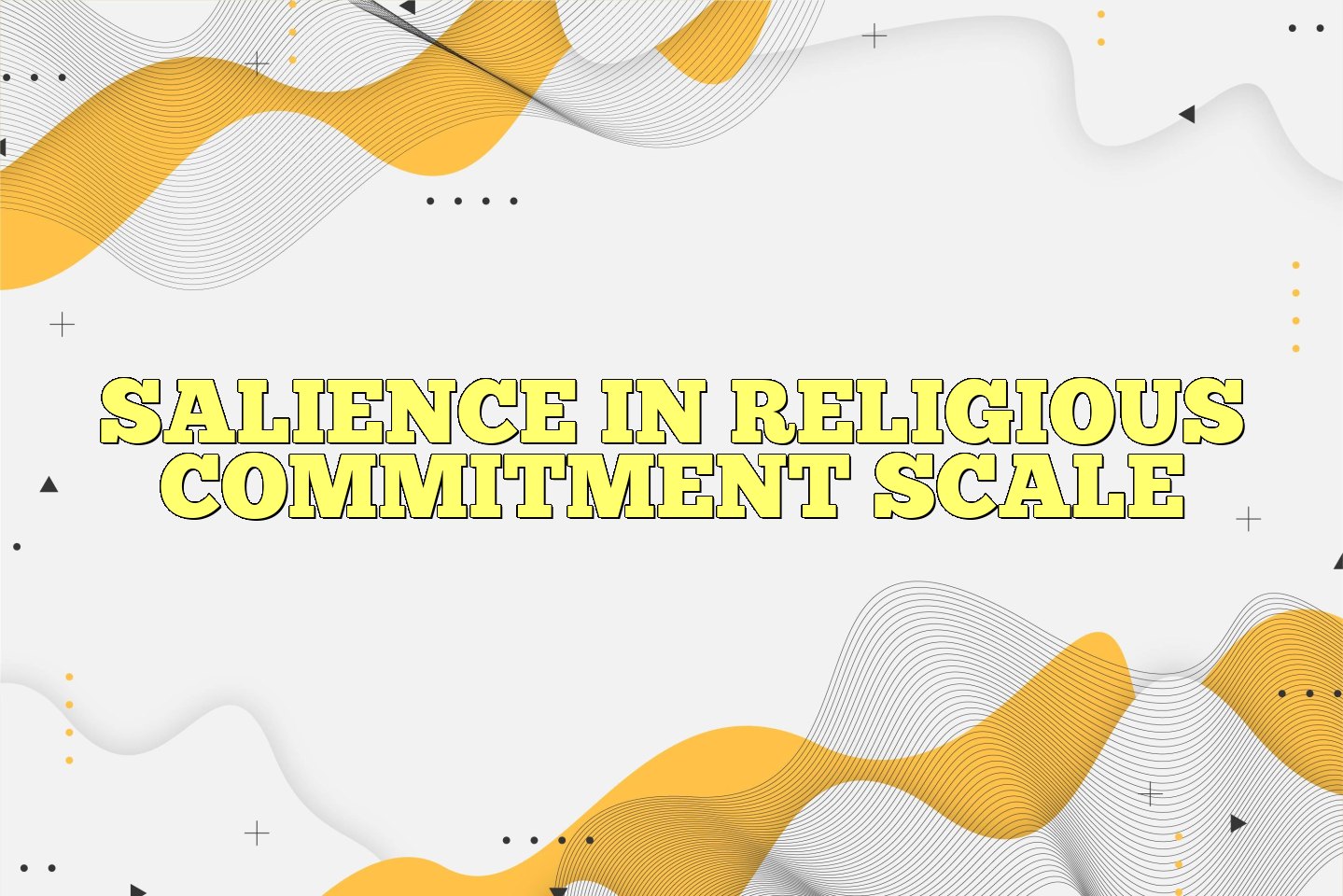 The Salience in Religious Com­mitment Scale measures "the importance an individual attaches to being religious" (p. 111). The authors designed and used the scale to measure the extent to which indi­vidual adults consider their religious beliefs to be important, both in general and when making decisions. The scale was developed as part of a study to measure the relation­ ship of religious salience with orthodoxy, church activism, political conservatism, anti-black prejudice, and racism.

This is a short scale with only three items. The first two items are in a mul­tiple-choice format, whereas the third mea­ sures degree of agreement with a general statement on a 4-point Likert-type scale. Total scores range from 3 to 11.

This scale may be easily administered and may be scored in less than five minutes. Note, however, that the authors suggest that salience is not lin­ ear and that only scores of IO or 11 (on the I I-point scale) indicate the level of reli­gious salience that is likely to relate to other measured variables.

Roof and Perkins used the questionnaire with 518 adult Epis­copalians in North Carolina. The sample represents a rather narrow segment of American adults: predominantly Southern born, college-educated Episcopalian profes­sionals and managers. No specialized norms were reported.

An alpha reliability coefficient of .72, moderate at best and minimally ac­ceptable for research purposes, is the only measure of reliability reported.

The scale relies heavily on face va­lidity. The authors also report a correlation coefficient of .81 between this salience measure and a companion test of religious orthodoxy that focuses on doctrinal commit­ment. This strong relationship suggests that the salience scale is indeed measuring some characteristic of religiousness.

The usefulness of information gained from the scale may be limited by the narrow range of scores. The authors did not find that the scale enabled them to predict church activism, political conservatism, or racism with much confidence, since the highest correlation coefficient was . I0. It re­ mains to be seen, however, whether the "threshold" effect predicted by the authors (that salience has impact only on these scor­ing at the highest levels of the scale) is valid and heuristically useful.

Shown below are the scale items. Numbers in parentheses indicate values.