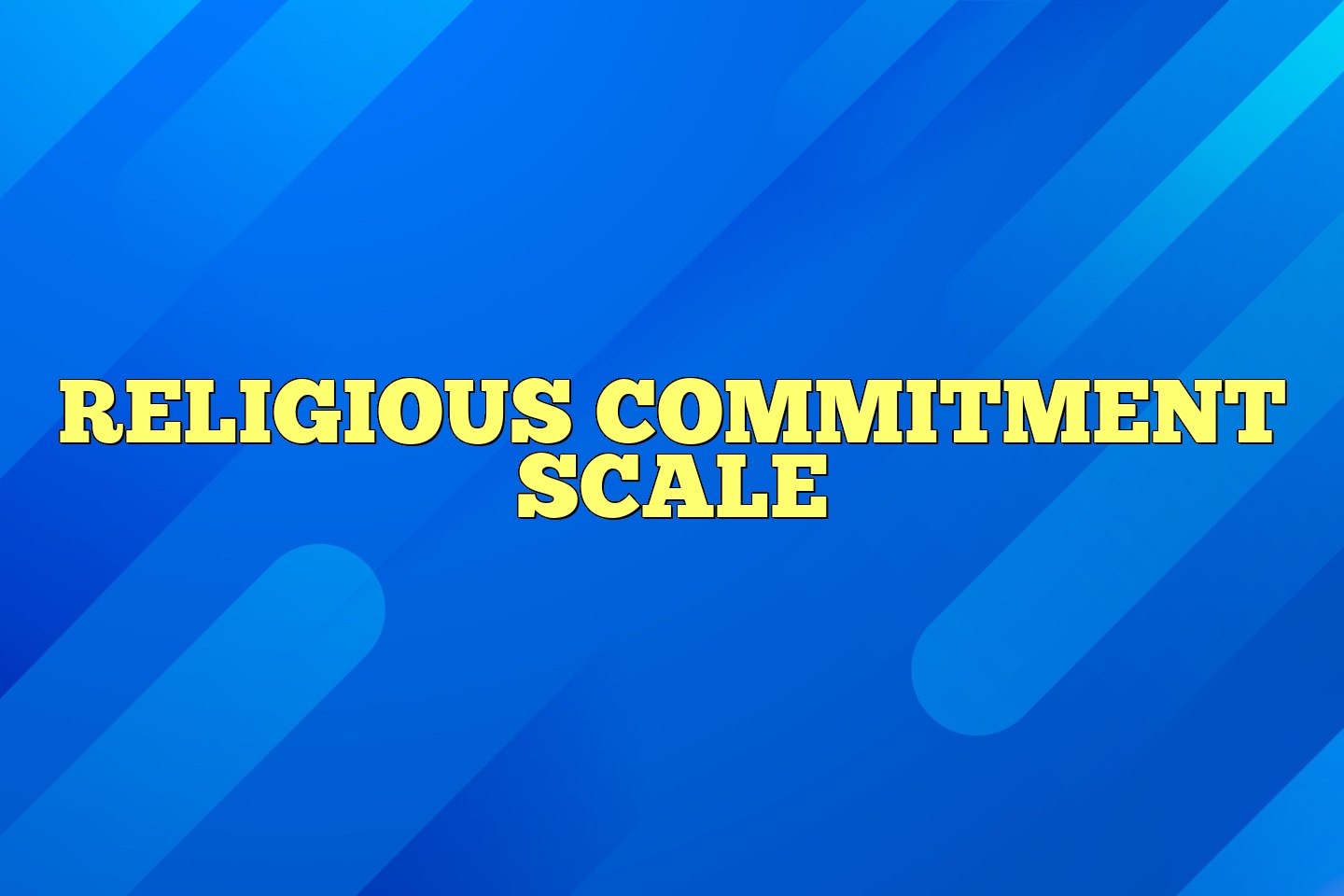 The Religious Commitment Scale (RCS) was developed to examine religious commitment in a sample of psychiatric pa­tients and in a control group. Scores in the RCS could then be correlated with other in­dicators of psychopathology (diagnosis of depression, anxiety disorders, and personal­ity disorders).

The RCS is a subscale of the Questionnaire on Religious Orientation and General Coping with Life. A total of 51 items are used in the questionnaire; 20 of the items are modified from the Religious Orientation Scale of Allport and Ross (1967). The re­maining 31 items are taken from two German scales developed to measure neurosis and religiosity (Hark, 1984), and depression and re­ligiosity (Doerr, 1987). The remaining four items, assigned to detect religious attitudes and behaviors specifically in a Swiss Con­ text, were added by Pfeifer and Waelty. Of the 51 total items, 15 serve as the Religious Commitment Scale and are scattered throughout the entire questionnaire. Of these 15 items, 10 reflect broad social conventions (e.g., "Do you feel secure in your faith?" "Do you regard yourself as a religious person?") and are given one point each. The remaining five items are given two points and reflect specific aspects of religious practice (e.g., "Do you pray before eating?" "Do you regu­larly attend a worship service?"). The score on these 15 items (total = 20 pts.) is used to determine religious commitment. Scores of 11 and under signify low religious commit­ment and scores above 11 indicate high reli­gious commitment.

This self-re­ ported questionnaire is easy to administer and score. The respondent answers yes or no to each of the 51 items. "Yes" responses to those 15 items that make up the Religious Commitment Scale are then scored either 1 or 2 points to determine the total religious commitment score (0-20 pts.). The re­sponses on the remaining 36 items are not used in determining religious commitment.

The sample con­sisted of 44 psychiatric patients (13 males and 31 females) and 45 nonhospitalized and preserved healthy controls (17 males and 28 females). The mean age of the psychiatric patients was 34.4 years (SD = 10.14), and the mean age of the control group was 36.6 years (SD = 16.30). The psychiatric patients were all diagnosed according to DSM-III-R criteria. Patients with organic disorders, schizophrenia, or major depression with psychotic features or melancholia were not included in the sample. The control group was recruited from choirs, Bible study groups, and university students from the same region of Switzerland. An attempt was made to match subjects according to social, economic, and educational status.

No specific tests of reliability were reported.