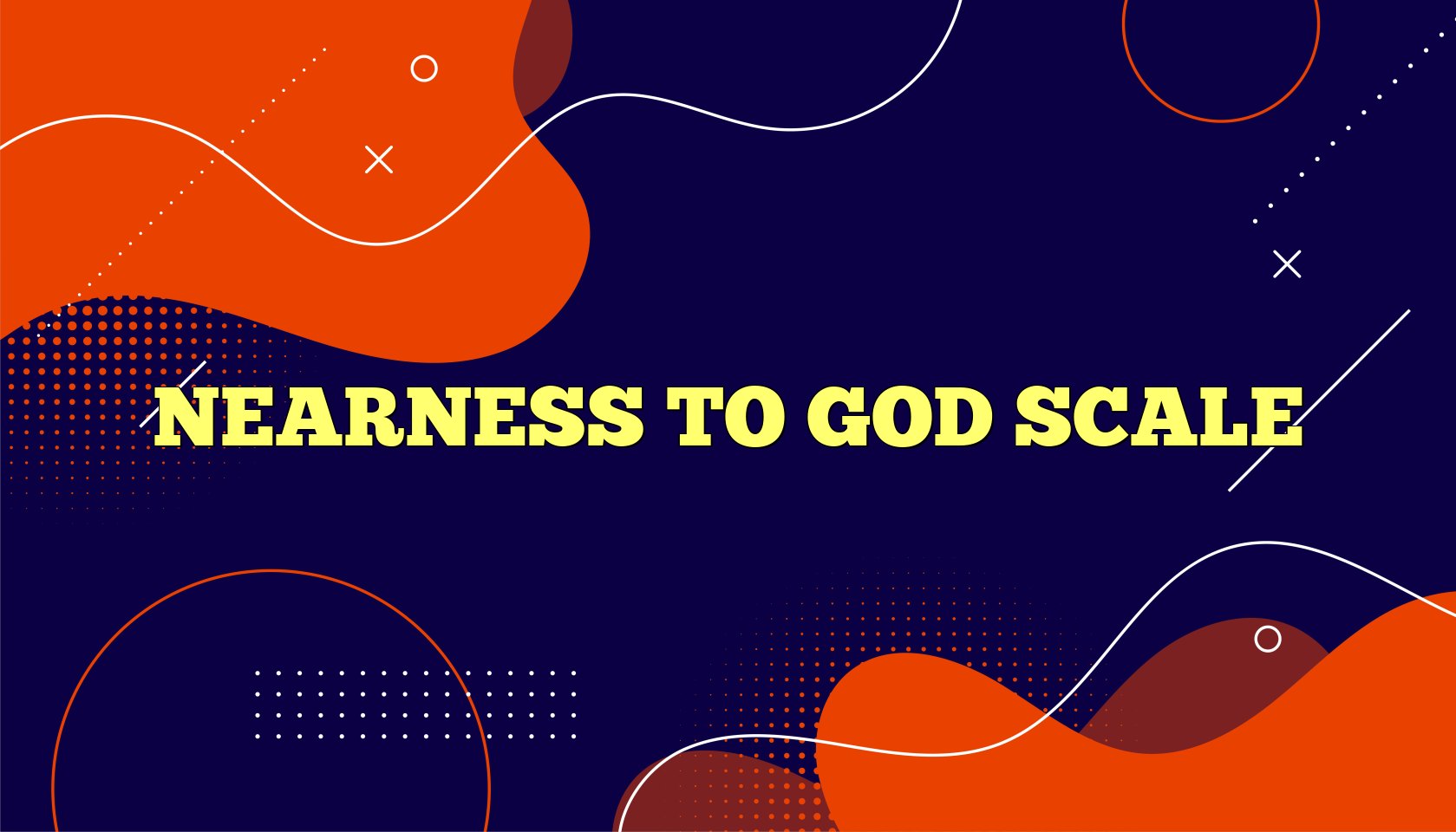 The Nearness to God Scale was derived from the Religious Attitude Inven­tory developed by William E. Broen (1957a; reviewed in this volume). Items pertaining to the Nearness to God Scale as­sess the extent to which one feels God is real, constantly near, and accessible. Indi­viduals scoring high on this scale are char­acterized as feeling that they "walk" and "talk" with God, communicating with God regularly. One's nearness to God is evalu­ated from within the context of the Christ­ian faith.

Broen's (1957a,b) scale origi­nally contained 31 items designed to mea­ sure nearness to God (see 8.9 in this volume for a review of Broen's instrument). Gor­such and Smith (1983) retained those items that they felt had the greatest contract valid­ity given the cultural and theological shifts in American society since the original de­velopment of Broen's instrument. Items I, 9, 13, 17, 21, and 23 from Broen's instru­ment (Broen, 1957b, Factor I) were retained for the Nearness to God scale.

The instrument is relatively straightforward and easily admin­istered within a variety of settings. The scale is useful for both religious and nonre­ligious groups, although the instrument gen­erally assumes a Christian orientation. Re­spondents simply note whether they agree or disagree with the item statements. Scor­ing is simple, since Gorsuch and Smith just added up the number of items with which the respondent agreed.

Gorsuch and Smith (1983) administered their revised ver­sion of Broen's original instrument to 164 undergraduate students who were taking so­cial science, nursing, and religion courses at a small Christian college. The Nearness to God mean was 5.24 (SD = 0.88).

Reliability coefficients are un­ available for Gorsuch's six-item Nearness to God Scale. In an unpublished study, Gor­such administered the Broen's Religious At­titude Inventory to 50 students (32 males, I 8 females) at Texas Christian University. The interitem consistency coefficient for all 30 items in Broen's instrument that per­tained to the nearness to God dimension was 0.60 (K-Richardson formula). This would give some indication of what might be ex­pected with the Gorsuch and Smith scale.

No validity measures are available for the Nearness to God scale beyond what was already completed with Broen's origi­nal instrument. In terms of construct valid­ity, Gorsuch and Smith (1983) do note that individuals with a higher "nearness to God" score are significantly more likely to at­ tribute the responsibility to God for the out­ come of life events and experiences.