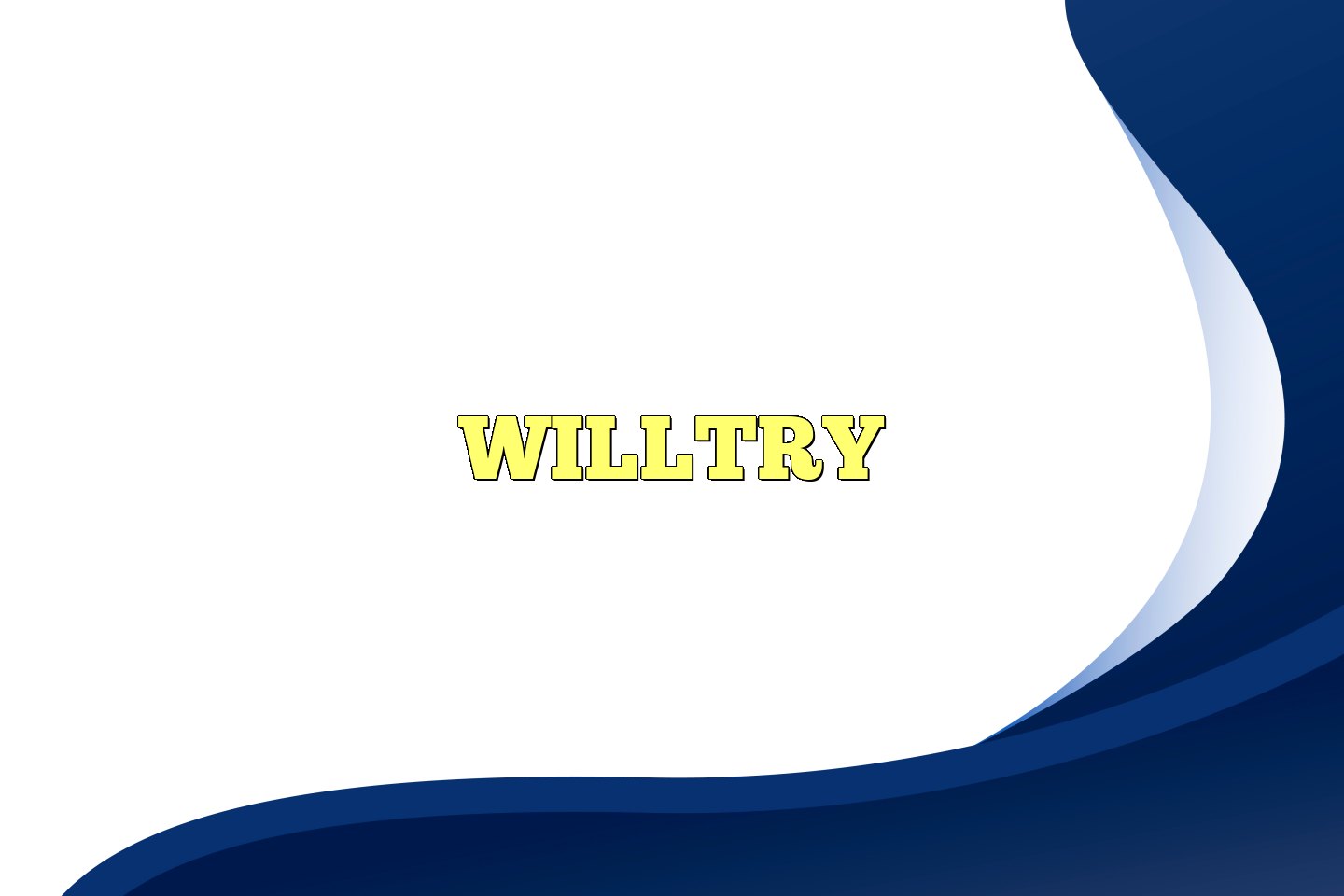 Childhood obesity has become a worldwide epidemic. The American Academy of Pediatrics’ recommendations for the assessment, treatment, and prevention of childhood obesity highlight the importance of encouraging children to eat the recommended servings of fruit and vegetables. However, this can be a difficult task and factors such as socioeconomic status, preference, parental intake, nutritional knowledge, self-efficacy, and shared family meals have been found to influence a child’s consumption of fruit and vegetables. The WillTry was designed to measure self-reported willingness to try fruits and vegetables (both novel and common) in children aged 5-14 years. The WillTry is interviewer administered and consists of 22 items. The child must indicate whether they would try, would maybe try, or wouldn’t try the fruit or vegetable mentioned in each item. A total scale score can be computed, along with subscale scores for the willingness to try fruit and the willingness to try vegetables. The instrument may be of use in developing interventions to increase children’s consumption of fruit and vegetable or weight loss interventions.

The psychometric properties of the instrument were evaluated by Thomson and colleagues (2010).

The WillTry was designed to measure children’s willingness to try fruits and vegetables.

Based upon the information obtained in the CPPE process, the Willtry instrument was developed iteratively using telephone interviews with parents of children and pilot studies in three small rural Delta communities. In the original interviews, questions pertaining to many types of foods were asked. However, it quickly became apparent that opportunities for exposing children to a wide variety of Reitand vegetable swore sorely lacking. Evidence from the pilot studies indicated that while children may recognize a photograph of a common fruit or vegetable (e.g. apples and baby carrots), a surprising number had never actually tasted the food. Thus, the focus of the questions switched from novel foods to fruits and vegetables (both novel and common). Additional information obtained from the parents indicated that parental willingness was dependent on location. To identify locations that would be acceptable to children for trying foods, items concerning where children would be willing to try new foods were included. This information is important for directing future research interventions in the LMD since cultural elements play an important role in the region’s diet. Additionally, children’s perception of their and their parents’ eating behaviors such as pickiness and healthy eating were of interest.
The instrument was pilot tested using fruit and vegetable snack feedings in Arkansas and Mississippi summer day camp programs. Fruit and vegetable snack feedings were also used as the criterion against which the WillTry instrument was validated. While others have used food tasks (Loewen & Pliner, 2000; Pliner, 1994) or self- report dietary intake for criterion validity (Cullen, Watson, & Zakeri, 2008; Nelson & Lytle, 2009; Neuhouser, Lilley, Lund, & Johnson, 2009), we chose to use direct observation of food intake because we were able to do so and because we felt it would avoid biases inherent in self-report data (e.g. recall bias and social desirability).
WillTry was designed to be ﬂuid in the speciﬁc food items that are tested, enabling the researcher to test speciﬁc foods of interest. The most recent (AR) version of the WillTry instrument consisted of 31 items (Fig. 1): 14 speciﬁc food questions supported by ﬂash card photographs (Guthrie, Rapoport, & Wardle, 2000; Rubio, Rigal, Boireau-Ducept, Mallet, & Meyer, 2008), three general food questions, six questions addressing where the child would be willing to try new foods (fruits and vegetables), two items addressing assessment of being a picky eater (one for self and one for parent), two items addressing assessment of being a healthy eater (one for self and one for parent), and four demographic items (age, gender, number of brothers, and number of sisters). Corresponding ﬂash card photographs were used to show how the fruits and vegetables (raw, whole, cut, or sliced) were going to be served during snack time. However, in some cases (e.g. celery, cantaloupe, and oranges) the photograph depicted a whole or sliced fruit or vegetable while the served food was in a sliced or cubed form. Originally, the food and location items had four response categories—yes, maybe, not certain, and no. To make the items Likert-type responses (i.e. bivalent and symmetrical about a neutral middle) and because the not certain category was rarely chosen, the maybe and not certain categories were collapsed into one category for the MS1 and MS2 studies. The AR study used only three response categories—yes, maybe, and no. Hence, the reﬁned food and location items had three Likert-type response categories with their respective score given in parentheses—yes (3), maybe (2), and no (1). Higher scores indicated a greater willingness to try a particular food item. The healthy eater items had three response categories—yes (3), sometimes (2), and no (1). The picky eater items also had three response categories with a higher score indicating a less picky eating pattern—will eat anything offered (3), eat most foods (2), and eat only favorite foods (1). The two questions regarding number of brothers and sisters were used as a surrogate measure of family size.
As stated previously, WillTry was designed to be ﬂuid in the speciﬁc food items that are tested. Hence, the exact number of speciﬁc foods items as well as the items themselves may vary depending on food availability at the time and place of the study. Only those items that were on both the MS2 and AR versions of the WillTry instrument were included in the combined analyses of these two data sets.
The WillTry instrument was interviewer-administered to the children in a one-on-one setting by community research assistants (MS1) and summer research interns who were honor graduates from the local high schools (MS2 and AR). The research assistants and interns were trained in general interviewing techniques and in administration of the WillTry instrument. For the MS1 study, surveys were administered 2 days prior to snack feedings in October 2006. For the MS2 and AR studies, test surveys were administered in June (2007 and 2008 respectively) and retest surveys were administered approximately 6 weeks later.

Snack feedings consisted of 18 foods (13 fruits and ﬁve vegetables) of known portion sizes offered over a 6-week period. Only those fruits and vegetables that were included on the WillTry instrument were used in the analyses concerning predictive validity. The school allotted a 20-min period in the afternoon for children to be taken to the cafeteria where they received a fruit or vegetable snack. Teachers ate with the students and assisted in distribution and collection of all containers and refuse.
Using a calibrated Tanita kitchen scale, each snack was pre- weighed to the nearest whole gram and labeled with an identiﬁcation number. A 30–100 g sample was provided to each participant with most foods cut into appropriate units: slices (apples and kiwi), cubes (cantaloupe), wedges (fresh oranges and tangerines), or halves (canned apricots), or served as small whole pieces (grapes, baby carrots, and grape tomatoes). Food containers were either a 4-ounce portion cup with lid or a small plastic sandwich bag tared prior to ﬁlling. For all children, a single serving goal weight was used with an acceptable range of ±5 g. All fruits and vegetables were served raw. When fresh produce was not available, canned food (apricots and
mandarin oranges) was substituted. All serving containers and utensils were collected from the children. Subsequently, containers plus refuse (including uneaten food) were weighed, followed by re-weighing of the empty container after discarding the refuse. This allowed for calculation of the outcome measure, the consumed percentage of offered fruits and vegetables. The measure was derived by subtracting refuse weight from pre-weight and dividing the resulting intake weight by food pre-weight.