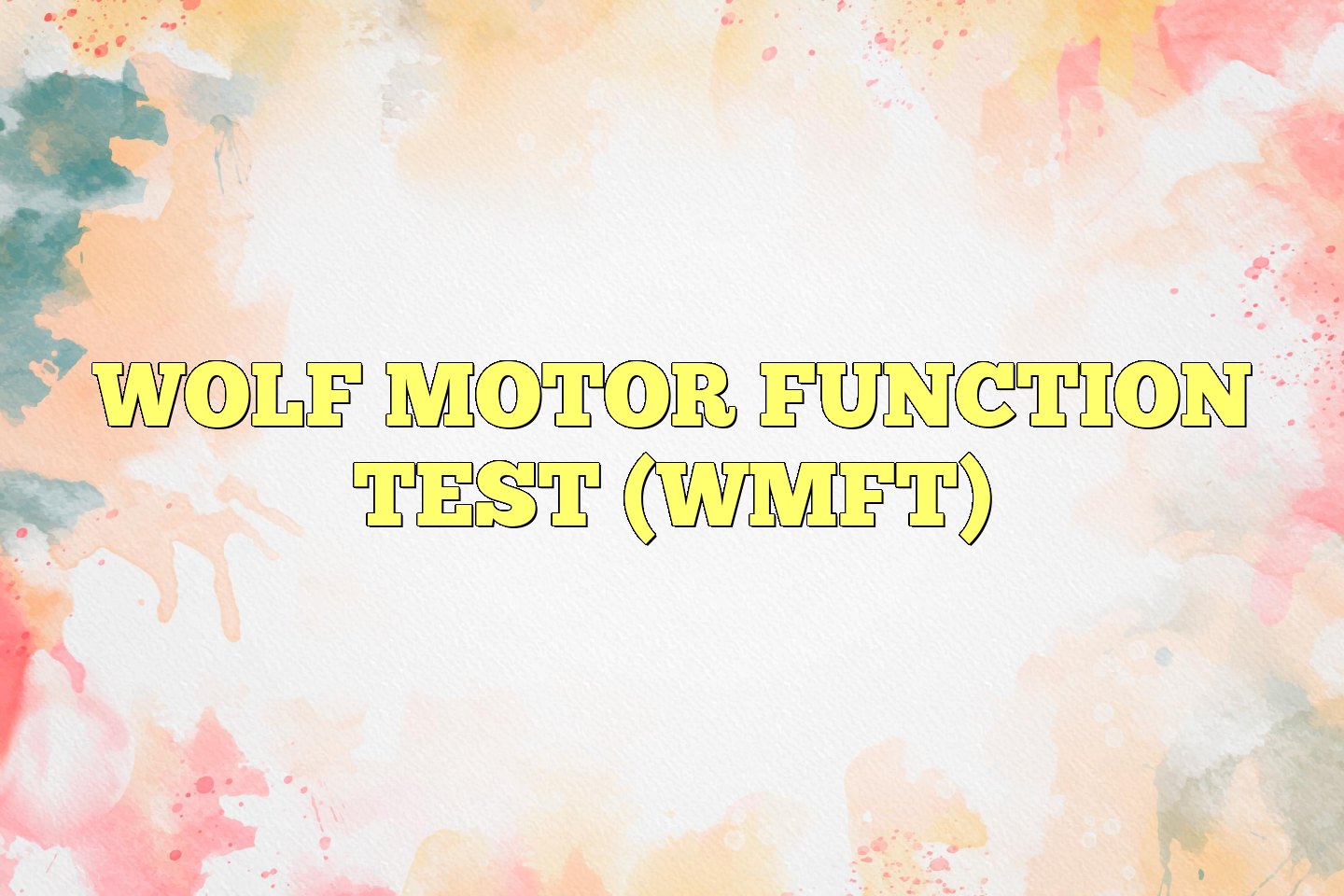 The inter-test and inter-rater reliability, and internal consistency and stability of the test is excellent for both the performance time and Functional Ability rating scale measures (FAS), ranging from .88 to .98, with most of the values being close to .95 (Morris, Uswatte, Crago, Cook, & Taub, 2001; Wolf, Catlin, Ellis, Link, Morgan, Piacentino, 2001.).

The Wolf Motor Function Test (WMFT) is a quantitative index of upper extremity motor ability examinable through the use of timed and functional tasks. The WMFT has been posited as instructive for assessing the motor status of higher functioning chronic patients with stroke and traumatic brain injury, in terms of severity and upper extremity motor deficiency.