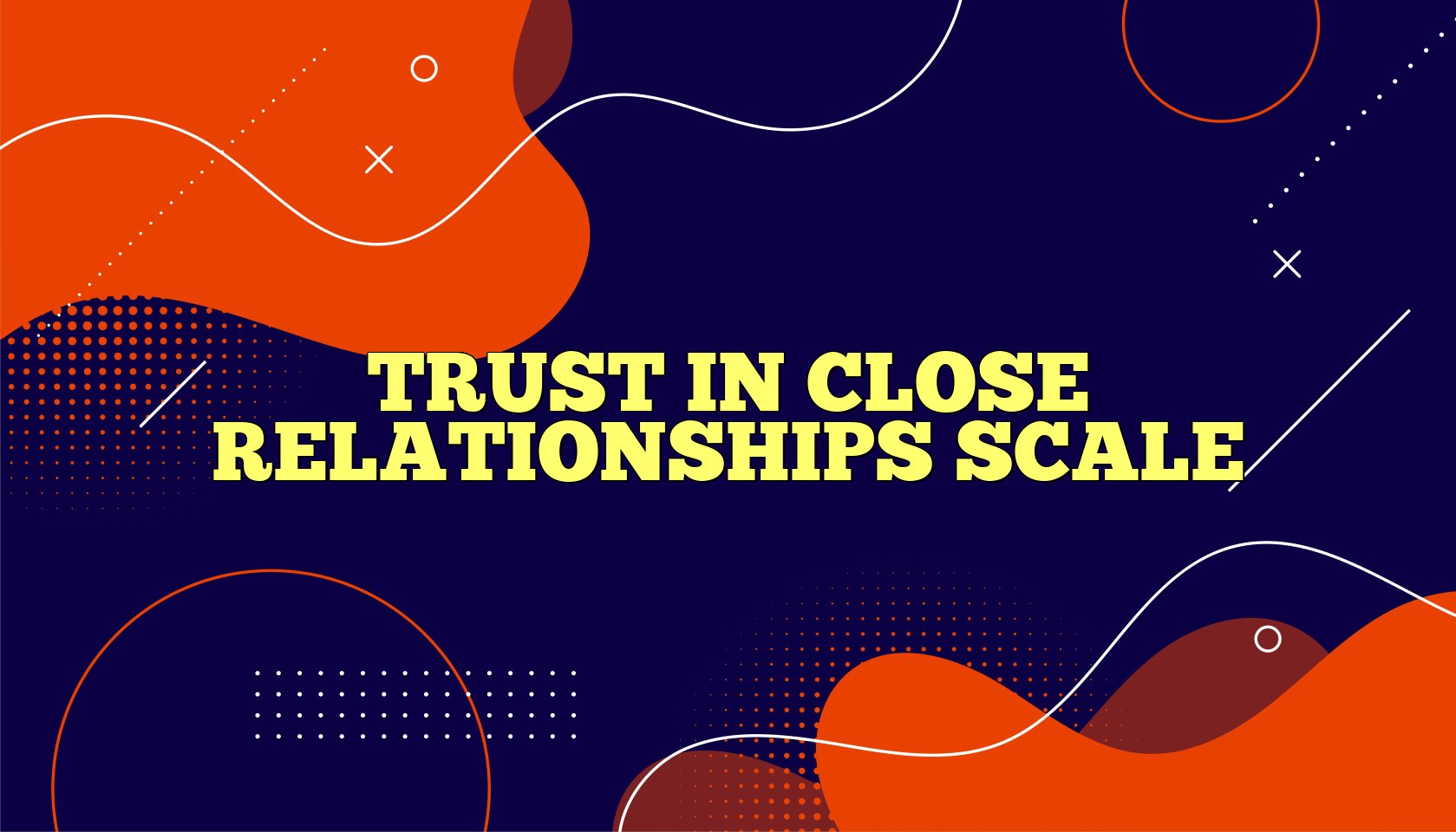 A 17-item measure designed to gauge levels of trust in one’s relationship partner.

Each item is answered based on a 7-point Likert-type scale ranging from 1 (strongly disagree) to 7 (strongly agree).

The scale can be divided up into the following subscales: 1.) Predictability

The prevailing behavioral account of marriage must be expanded to include covert processes. This article therefore examines the attributions or explanations that spouses make for marital events. A review indicates that dissatisfied spouses, compared with satisfied spouses, make attributions for the partner's behavior that cast it in a negative light. Experimental, clinical outcome, and longitudinal data suggest further that attributions may influence marital satisfaction. Rival hypotheses for these findings are examined. Because continued empirical development in this domain depends on conceptual progress, a framework is presented that integrates attributions, behavior, and marital satisfaction. This framework points to several topics that require systematic study, and specific hypotheses are offered for research on these topics. It is concluded that the promising start made toward understanding marital attributions holds considerable potential for enriching behavioral conceptions of marriage.

The assumption that there are innate integrative or actualizing tendencies underlying personality and social development is reexamined. Rather than viewing such processes as either nonexistent or as automatic, I argue that they are dynamic and dependent upon social-contextual supports pertaining to basic human psychological needs. To develop this viewpoint, I conceptually link the notion of integrative tendencies to specific developmental processes, namely intrinsic motivation; internalization; and emotional integration. These processes are then shown to be facilitated by conditions that fulfill psychological needs for autonomy, competence, and relatedness, and forestalled within contexts that frustrate these needs. Interactions between psychological needs and contextual supports account, in part, for the domain and situational specificity of motivation, experience, and relative integration. The meaning of psychological needs (vs. wants) is directly considered, as are the relations between concepts of integration and autonomy and those of independence, individualism, efficacy, and cognitive models of "multiple selves."

Both the rational-structural approach and the goal/expectation approach to the problem of public goods have theoretical difficulties. The structural approach requires the provision of a sanctioning system to solve the free rider problem. However, a sanctioning system is also a public good because its benefits can be enjoyed by all members regardless of their contribution to its provision. A new problem of the same kind is thereby created in the process of solving the original public good problem. The goal/expectation approach assumes the inducement of other members to mutual cooperation through individuals' cooperative actions, a situation which will be almost impossible in larger groups. To overcome these theoretical difficulties in the existing approaches, a new approach called the structural goal/expectation approach is proposed. According to this new approach, members who have realized the undesirable consequence of free riding and the importance of mutual cooperation will cooperate to establish a sanctioning system which assures other members' cooperation instead of trying to induce other members into mutual cooperation directly through cooperative actions, One important condition for their voluntary cooperation in the establishment of a sanctioning system is their realization that voluntarily based cooperation is impossible. Predictions derived from the new approach are supported in an experiment using 48 four-person groups.

Using the 7 point scale shown below, indicate the extent to which you agree or disagree with the following statements as they relate to someone with whom you have a close interpersonal relationship. Place your rating in the box to the right of the statement.

One can score the questionnaire based on the 3 subscales separately or combine the subscales to create an overall trust in close relationships score.