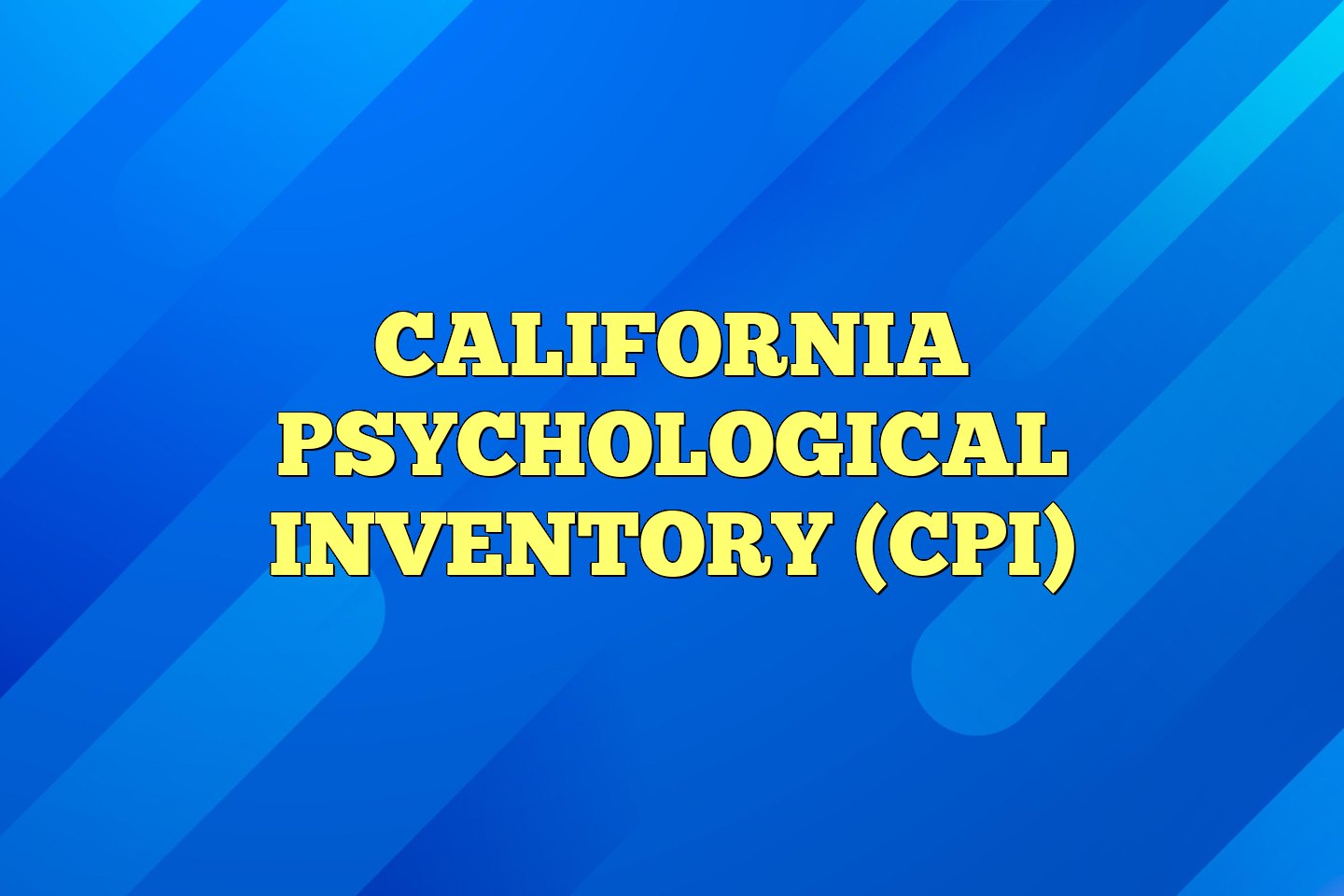 A 472-item measure of personality (revised versions are shorter) designed to assess mentally healthy individuals’ personality characteristics. Each item is answered as either “True” or “False”. About 50% of the items from the CPI were taken directly from the MMPI (Hathaway & McKinley, 1943).

The CPI is divided into the following scales:

Both the California Psychological Inventory (CPI; Gough, 1987) and the five-factor model of personality have roots in folk concepts of personality. The present article offers a conceptual analysis of CPI scales in terms of the five-factor model. In the first study, judges rated the item content of CPI scales in terms of the five factors. In the second, CPI scales were correlated with the factors as measured by the NEO Personality Inventory (NEO-PI; Costa & McCrae, 1985b) in a sample of 348 men and women ages 19 to 92. Both studies showed meaningful links between CPI scales and four of the factors; Agreeableness appeared to be underrepresented in CPI scales. The utility of systematic rational item analysis in terms of the five factors and the evolving relation of folk concepts to psychological constructs are discussed.

Two existing bodies of data were examined using model-fitting procedures. The very large Swedish twin study showed evidence of differences in heritability for the sexes and for three birth cohorts, but not for the two personality scales in the study—Swedish versions of Eysenck's Extraversion and Neuroticism Scales. Using the data of the National Merit twin sample, seven orthogonal factor scales were derived from the California Psychological Inventory item pool. Statistically significant differences were found across the seven scales, for both heritability and the effects of common family environment. It was concluded that differences in the heritability of personality scales may be found if one extends the search to lesser personality dimensions independent of Extraversion and Neuroticism, and it was suggested that earlier difficulties in demonstrating differential heritability may have resulted from the pervasive influence of the two major factors on the scales of typical personality inventories.

The CPI is available for purchase.