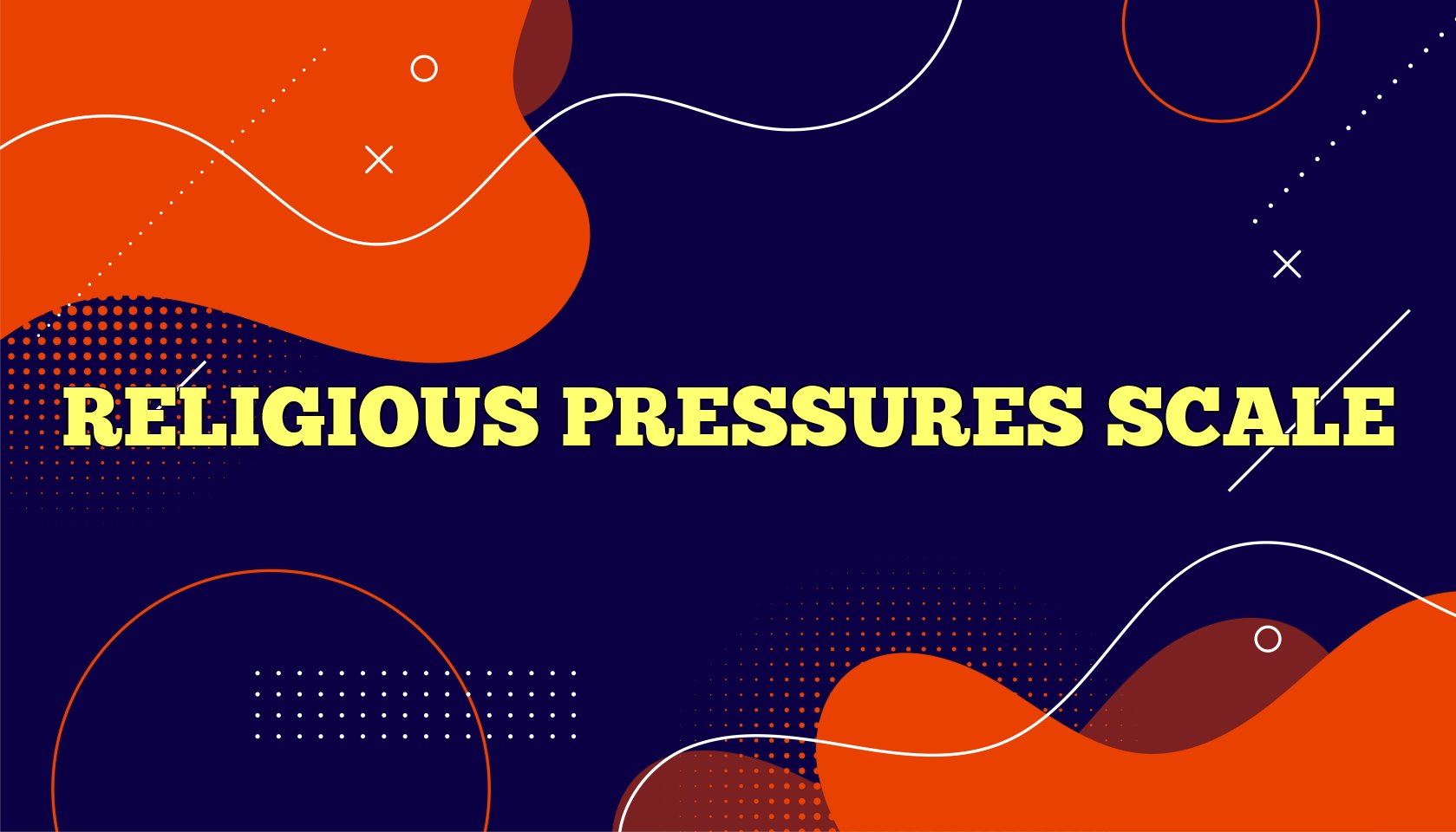 The Religious Pressures Scale (RPS) measures the extent to which a person might feel pressure to remain religious in the face of doubts about religious teachings. The scale is intended to be a companion to Alte­meyer 's (1988) Religious Doubts scale, also reviewed in this volume. The RPS was devel­oped in the context of Altemeyer's work on right-wing authoritarianism and its link with religion (Altemeyer's, 1988).

Respondents are asked to indi­ cate the extent to which they have had 10 feelings of pressure about religion, using a 6-point response format. Response alterna­tives include O (none at all), l (only a little bit), 2 (a mild amount), 3 (a moderate amount), 4 (quite a bit), and 5 (a great deal). The total scale score is determined by a summation of the 10 item scores.

Practical Considerations: This paper-and­ pencil measure is straightforward to use, re­ quiring no special examiner skill to admin­ister, score, or interpret. The test has been used both with university students and their parents in Canada. It appears to be suitable for adolescent through adult samples in sim­ilar cultures.

Two primary sam­ples were used in the initial work with this scale. Four hundred twenty-three introduc­tory psychology students completed the scale as part of a course research bonus credit system. Also, 506 of these students' parents responded to the scale, which was part of a questionnaire package sent and re­ turned by regular mail. Average scores on the scale were 18.1 for the students and 21.1 for the parents; variance was l 54 and 218 for students and parents, respectively (Alte­meyer, 1988).

Altemeyer (1988) provided docu­ mentation regarding correlations between the RPS and other measures of religion and authoritarianism. These relationships are in the expected directions and are robust and highly significant. For example, correlations between Religious Pressures scores and other measures developed by Altemeyer (1988), for the student and parent samples respectively, were the following: Right­ Wing Authoritarianism (.47, .50), Religious Emphasis (in the childhood home) (.59, .43), and Religious Doubts (-.36, -.25). Comparable correlations for other scales included Fullerton and Hunsberger's (1982) Christian Orthodoxy scale (.69, .58), and Allport and Ross' (1967) Intrinsic Religious Orientation (.69, .64) and Extrinsic Reli­gious Orientation (-.23, -.30) scales. The correlations with a single-item measure of church attendance were .60 and .57 for the two groups respectively.

Further, Altemeyer found that highly reli­gious persons reported feeling under consid­erable pressure to maintain their religious beliefs. This information is indirectly re­lated to validity issues in the sense that one might expect highly religious persons to re­ port relatively strong and specific pressures to maintain their religious beliefs. Item analyses indicated that, among his student sample, the strongest reported pressures for highly religious people were the following: parental disappointment and disapproval (M= 4.27, where the highest possible answer was 5.00) and fear of disappointing reli­gious authorities (M = 4.15). They were also reportedly afraid that they would feel lost, adrift, having lost their anchor in life (M = 3.29), they were ashamed that they had not been strong enough to keep their faith (M = 3.12), and they feared punishment from God (M = 2.95) if they ceased to believe. Among the highly religious parents, the strongest pressures were disappointment/disapproval by ministers (M = 4.34), their children (M = 4.22), and their spouses (M = 3.97). They also reported that they would feel adrift (M = 4.21) and ashamed (M = 3.77) and that they would have betrayed the ultimate pur­pose of their lives (M = 3.72).

Note. Item l is used with student samples. On the parent sample this item was changed to "Disappoint­ment, disapproval of your children. (How much would your children disapprove of such a change?)"