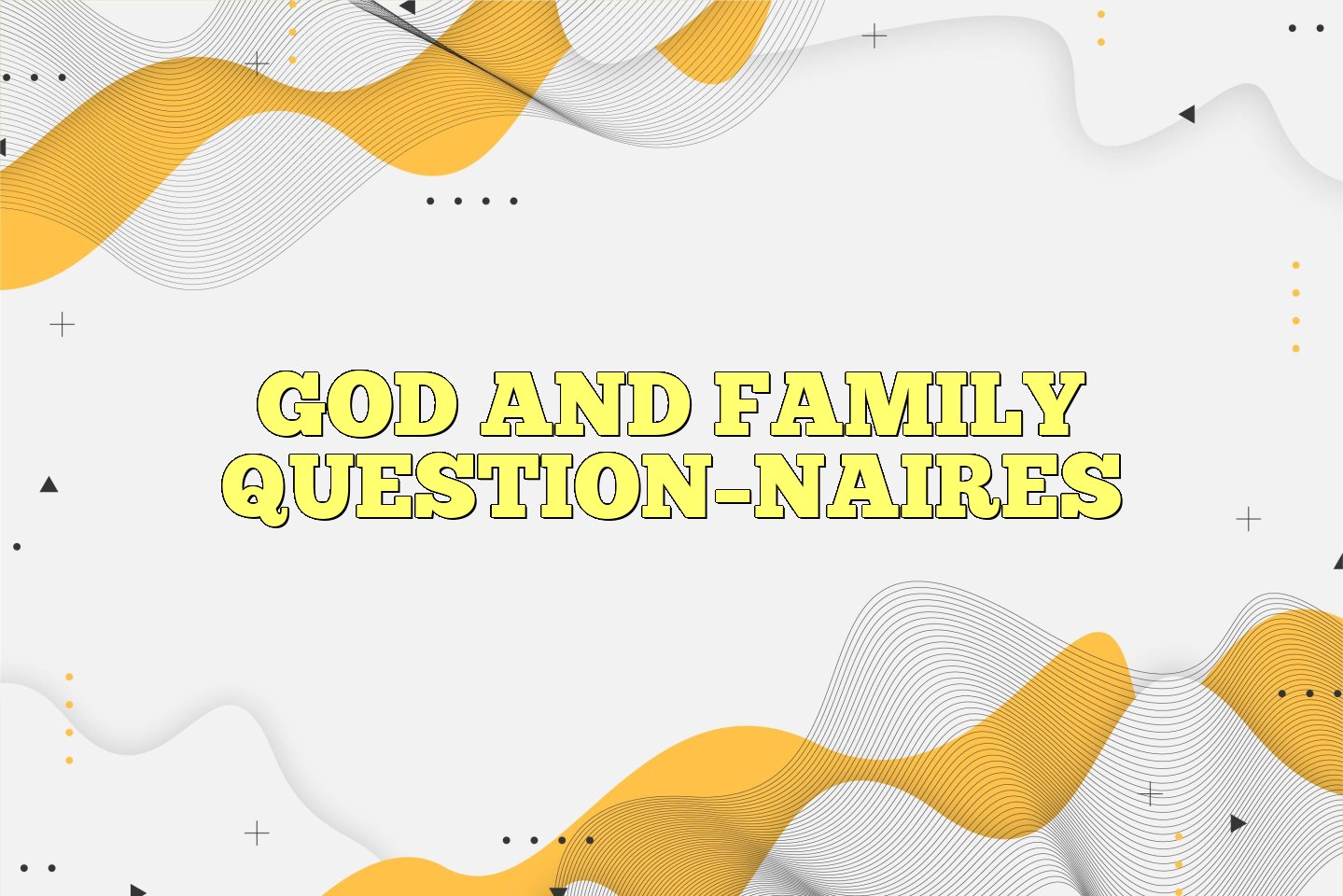 The God and Family Question­naires were developed by Rizzuto (1979) as part of a clinical study exploring the forma­tion of an individual's God representation. Rather than consisting of a static image or a purely cognitive understanding, this repre­sentation is conceptualized as a complex mental process that evolves across the life span and is impacted and influenced by past, present, and anticipated experiences with others. Furthermore, it is mitigated by actual interactions, memories, wishes, needs, fears, and defenses.

That early interactions with significant others (primarily parents) form the basis for what one believes about God has been well documented in the literature (Beit-Hallahrni & Argyle, 1975; Godin & Hallez, 1965; Jus­ tice & Lambert, 1986; Nelson, 1971;

Strunk, 1959; Tamayo & Disjardins, 1976; Tamayo & Dugas, 1977; Vergote & Aubert, 1972; Vergote et al., 1969). However, Riz­zuto departs from Freud's classic (1907/ 1959) psychodynarnic position that God is merely an exalted father by contending that in addition to both parents and other significant persons contributing to a child's God representation, the wished-for parents and the feared parents that exist in a child's imagination also contribute to the process.

Rizzuto contends that the God represen­tation is formed in what Winnicott (1971) termed the transitional space between real­ity and fantasy, which is significant devel­opmentally as the child begins to develop a sense of the continuing nature of people and relationships. This space is also occupied by objects such as teddy bears and blankets, which the child lays aside as development progresses. Unlike these objects, one's God representation is never completely put aside, but persists throughout life in an individual's internal world.

The God and Family Ques­tionnaires are based on psychoanalytic, ob­ject relations, and self psychological theo­ries of development and are designed to reveal the nature of an individual's internal­ized images of (and beliefs about) self, oth­ers, and God. The questionnaires are pre­sented in a parallel format consisting of sentence sterns, one with questions about God and the other with questions about fam­ ily. The respondent completes the sentence sterns according to his or her own beliefs and God representation.

Administration of the God and Family Questionnaires is straightforward and fairly easy; the respon­dent merely completes the sentence sterns. The questionnaires are not scored per se but are interpreted in light of developmental and psychodynarnic theory. The details of this criteria were not reported in Rizzuto's (1979) original study.

Because the pur­pose of Rizzuto's (1979) original study was an in-depth investigation into the roots of the formation of God representation and be­ cause much of the data was clinical in na­ture, no norms were developed. However, when the clinical sample on which the pub­lished results are based was compared with a pilot project sample of 20 nonclinical sub­ jects, Rizzuto found no clinically significant differences in the way these two groups re­lated to God.

No statistical reliabilities are re­ ported for the God and Family Question­naires. Development and interpretation of the questionnaires were done according to psychoanalytic, object relations, and self psychological theory, which suggests some measure of internal reliability of the items.

17. My favorite saint or Bible character is because

Please read carefully the following questions and answer them, giving as long an explanation as you need for us to understand your real feelings.

If the answer does not need an explanation, just write the proper answer.

Fay, M.A. (1983). An object relations analysis at the conscious symbolic and memory content levels of the maternal and paternal components of the rep­resentation of God in five Christian women. Disser­tation Abstracts International, 43,(12-B), 4125.

Stevens, B. A. (1987). Religious responses to the Rorschach test: An application of the Urist (1977) "Mutuality of Autonomy in Portrayed Rela­ tionships" scale. Dissertation Abstracts Interna­ tional, 48(05B), 1547.