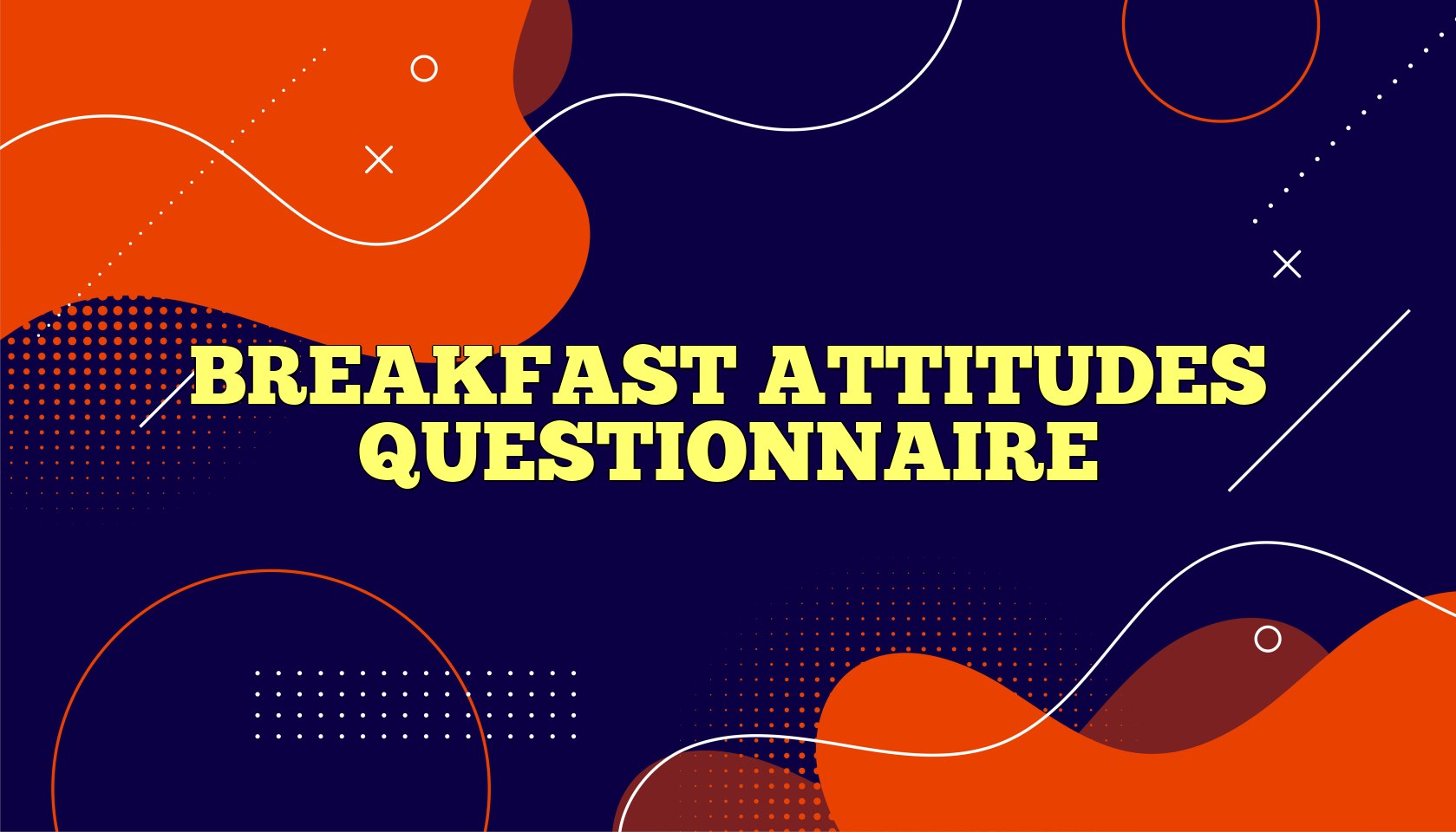 Positive behaviors, beliefs and feelings about breakfast in childhood are important for good health and can impact on educational attainment. However, breakfast consumption has declined in recent years, especially among adolescents. The Breakfast Attitudes Questionnaire could be involved in assessment and intervention for breakfast promotion initiatives.