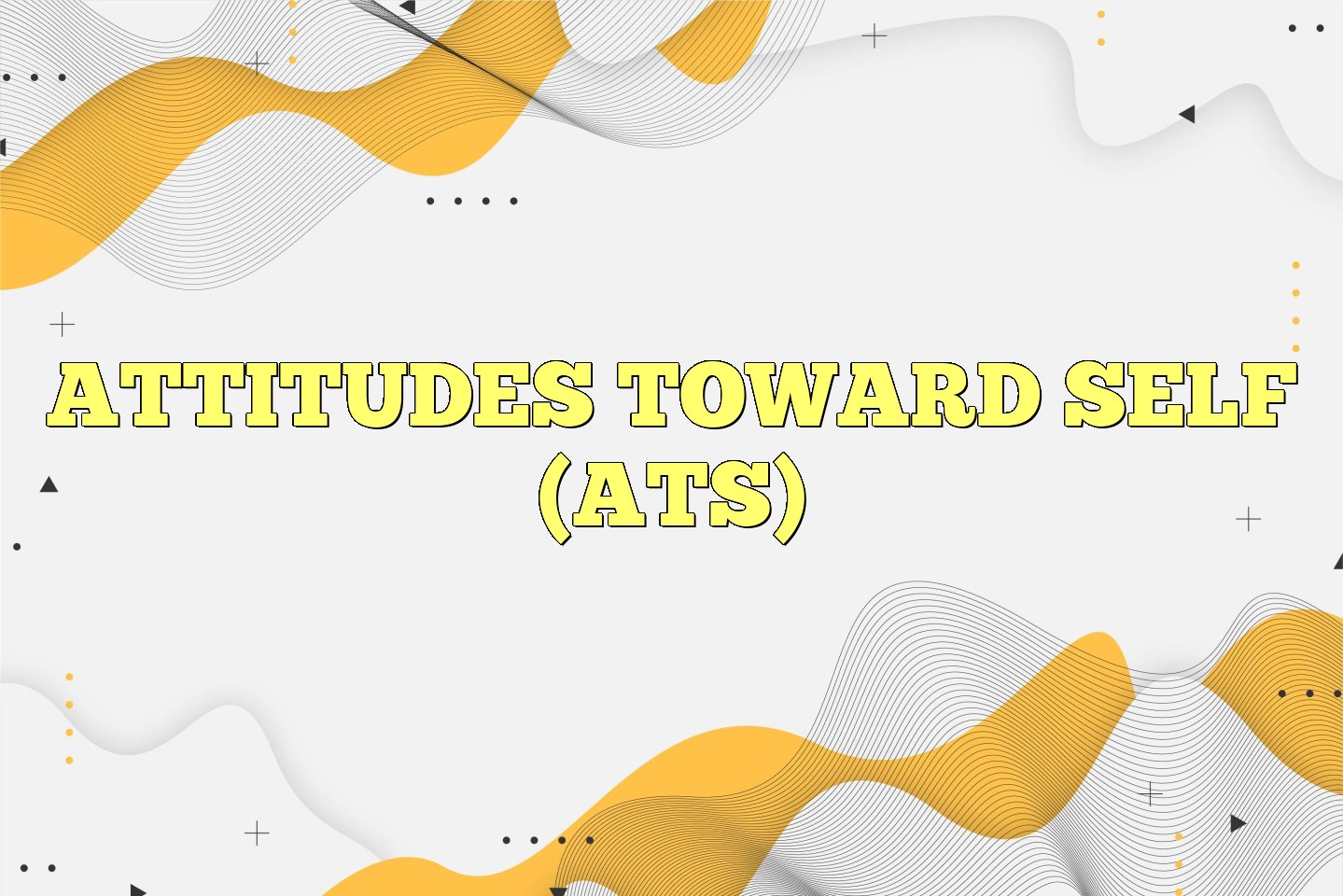 The Attitudes Toward Self (ATS) Instrument measures three constructs: holding of overly high standards; the tendency to be self-critical at any failure to perform well; and the tendency to generalize from a single failure to the broader sense of self-worth. Very consistently, only generalization has uniquely related to depression (see Carver et al. 1988 reference below). Evidence that generalization is a prospective predictor of depression in interaction with adverse events has also been found. More recently, it has been found that generalization relates to depression but not mania, suggesting a divergence among vulnerabilities to the two sides of bipolar disorder.

The three scales of the ATS are factorially distinct, and several samples have demonstrated their predictive relevance for concurrent depression. Alpha reliabilities in these samples were on average .76 for the High Standards Scale, .78 for the Self Criticism Scale, and .78 for the Generalization Scale. In this sample, women reported a stronger tendency towards Generalization.

The Attitudes Toward Self (ATS) was designed to measure three potential self-regulatory vulnerabilities to depression.

Attitudes Toward Self (ATS)

Respond to each of the following statements by marking a number on your answer sheet. Do not leave any items blank. Please be as honest as you can throughout, and try not to let your answer to one item influence your answers to other items. There are no correct or incorrect answers. You are simply to express your own personal feelings. For each statement, indicate how much you agree or disagree with it, by choosing one of the following responses:

1. Compared to other people, I expect a lot from myself.
2. When even one thing goes wrong I begin to wonder if I can do well at anything at all.
3. I get angry with myself if my efforts don't lead to the results I wanted.
4. When it comes to setting standards for my behavior, I aim higher than most people.
5. I hardly ever let unhappiness over one bad time influence my feelings abut other parts of my life.
6. When I don’t do as well as I hoped to, I often get upset with myself.
7. I set higher goals for myself than other people seem to.
8. If I notice one fault of mine, it makes me think about my other faults.
9. I get unhappy with anything less than what I expected of myself.
10. A single failure can change me from feeling OK to seeing only the bad in myself.