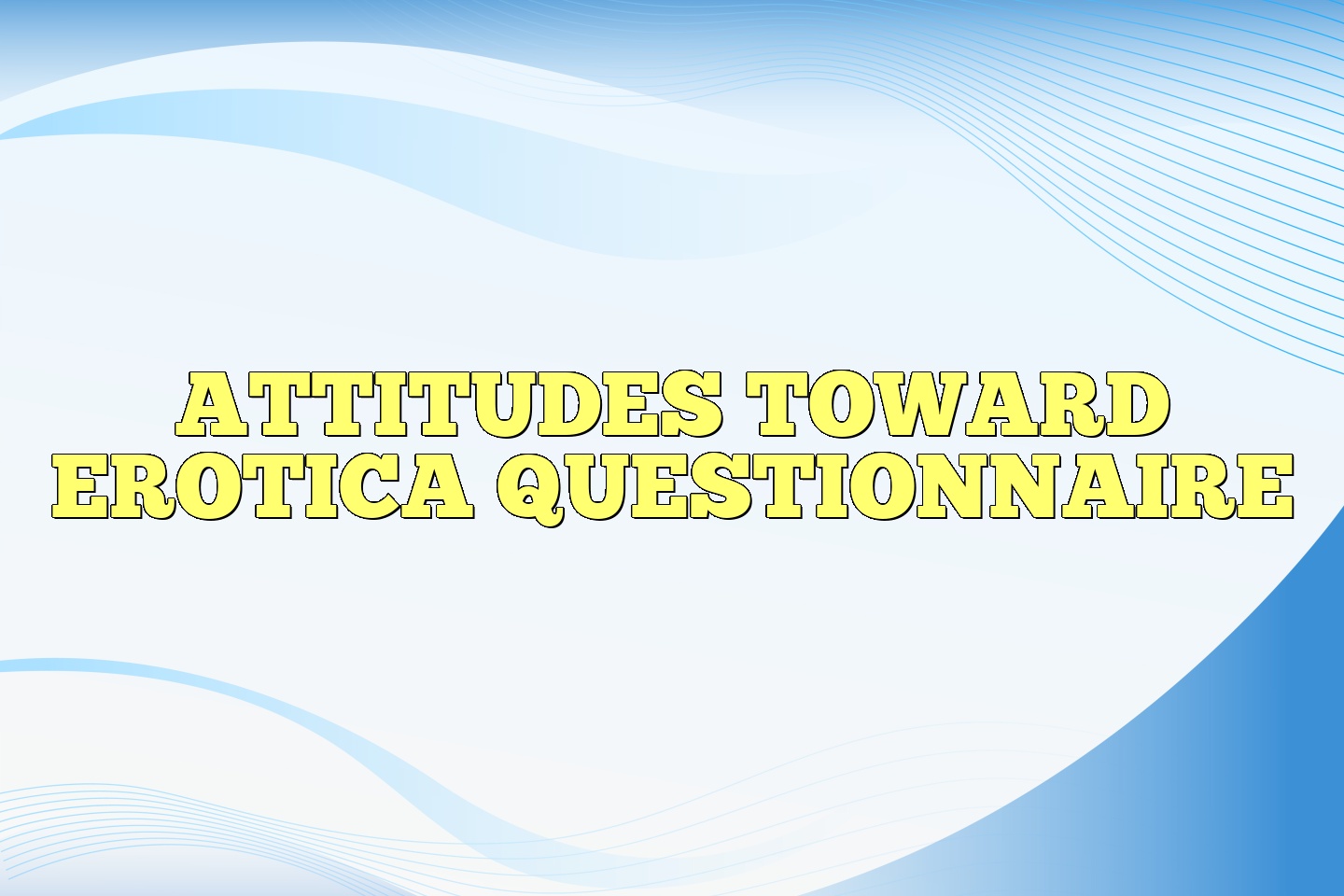 The Attitudes Toward Erotica Questionnaire (ATEQ) was developed by a University Task Force on Pornography. At a Midwestern university, a student was arrested for showing a sexually explicit film to raise funds for his dormitory. The arrest sparked controversy and brought the issue of pornography into sharp focus among students, faculty, and administrators. Subsequently, a task force was appointed to investigate attitudes toward sexually explicit materials by the student body.

For each type of erotica, nine items (numbered 1, 4, 6, 7, 9, 10, 12, 20, and 21) assess its harmful effects and form a Harmful scale; seven items (numbered 5, 11, 13, 15, 17, 18, and 19) assess its positive effects and form a Positive scale; and five items (numbered 2, 3, 8, 14, and 16) assess its restriction and form a Restrict scale. In the study at the university in the Midwest, 663 students (52% female) responded to items about four types of sexually explicit materials―“magazines like Playboy,” “magazines like Hustler,” “adult bookstore magazines,” and “X-rated movies and videos like Deep Throat” (Lottes, Weinberg, & Weller, 1993). From a varimax factor analysis with an orthogonal rotation of the 84 responses (21 per erotic type) of these students, one major factor emerged. This factor accounted for 63% of the variance with all factor loadings having an absolute value greater than .71. Thus, although properties of the individual Harmful, Positive, and Restrict scales are presented here, analysis based on one large random student sample (70% response rate) suggests that attitudes toward erotica are organized along a simple binary good/bad dimension.

The response options to each item are one of the 5-point Likert-type choices: strongly disagree (1), disagree (2), no opinion (3), agree (4), and strongly agree (5). This questionnaire is designed for a college student or general adult population. Obscenity law is strongly linked to “community standards” and the ATEQ is a tool to assess such standards.

Respondents write the number from 1 to 5 corresponding to their degree of agreement/disagreement with each item or if computer scoring is available, machine-scoreable answer sheets can be provided for responses. Each set of 21 items for a particular type of erotica takes 8 minutes for completion.

The construct validity of the Harmful, Positive, and Restrict scales was supported by statistically significant results for predicted correlations and group differences. As expected, Lottes, Weinberg, and Weller (1993) found that respondents who were more religious, less sexually active, and viewed erotica less often evaluated all four types of sexually explicit material as being more harmful and having fewer positive effects, and supported more restrictions on their availability than did respondents who were less religious, more sexually active, and viewed erotica more often. Also as expected, males and those who had seen a specific type of sexually explicit material reported higher scores on the Positive scale and lower scores on the Harmful and Restrict scales than did females and those who had not seen the erotic material.

Directions: Indicate how strongly you agree or disagree with each of the following statements by writing the number corresponding to one of the five response options below in the space provided.