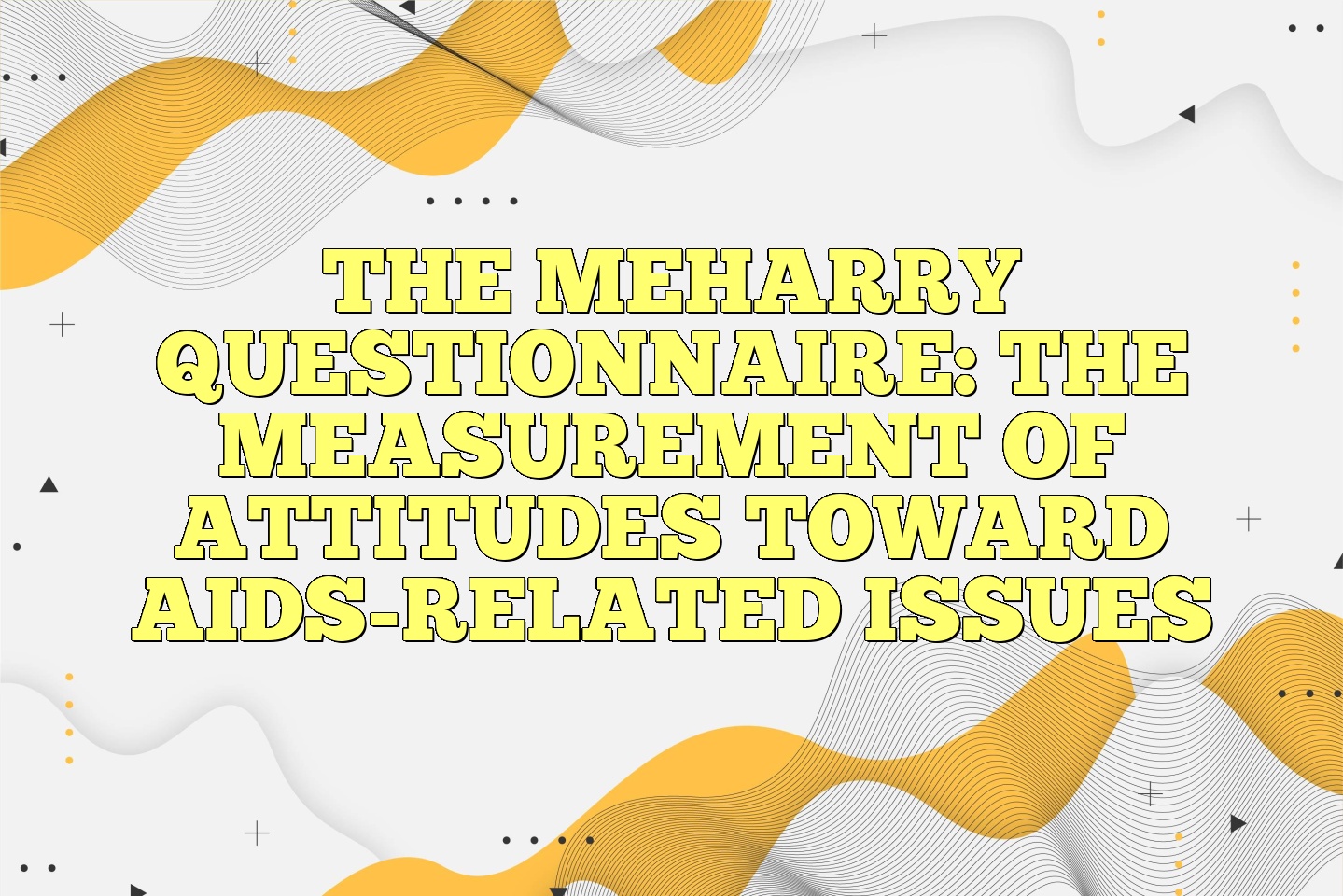 The Meharry Questionnaire: The Measurement of Attitudes Toward AIDS-Related Issues‌

The Meharry Questionnaire was developed to measure the attitudes Toward AIDS Sand behaviors of workers in health care facilities concerning AIDS-related issues. We were particularly concerned about attitudes which would be expected to compromise quality of care. Furthermore, we wished to identify differences in attitudes related to specific differences in demographics, specifically race, gender, education, and religious preference. In 1989, we used a convenience sample of 2,006 employees in the mental health and retardation residential facilities throughout the state of Tennessee. A follow-up questionnaire was administered in 1994 for the same population, using Items 4, 5, 6, and 8 from the original survey. The 1994 sample consisted of 857 respondents. Each administration of the survey achieved a fairly representative cross-section of socioeconomic strata by including respondents from all occupational categories at each of the facilities.

The combined 1989 and 1994 populations had a racial composition of 38% Blacks and 55% Whites; 68% of the sample were females. The highest levels of education completed by the respondents were as follows: 45% with high school or less, 33% with Bachelor’s degree or some college and 8% with Master’s or Doctorate degrees. The respondents who chose not to answer any of the demographics were not included in the statistics above.

Previous analyses from this data set revealed that Blacks were significantly more likely than Whites to affirm personal habit changes to prevent HIV infection and significantly more likely to reject the notion that AIDS is not a threat to rural areas of the United States (Ernst, Francis, Nevels, Collipp, & Lewis, 1991). Findings from the same questionnaire demonstrated that condemnation of homo- sexuality is stronger in the Black community deriving primarily from relatively less tolerant attitudes of Black females (Ernst, Francis, Nevels, & Lemeh, 1991).

The Meharry Questionnaire consists of 13 statements to which subjects respond on a 6-point Likert scale of 0 (strongly disagree) to 5 (strongly agree). It was originally designed to assess attitudes of physicians and was later modified for general public comprehension.

The questionnaire requires approximately 5 to 10 minutes to complete, including the time in which respondents are providing cursory demographic information.

Each of the 13 items was analyzed independently to compare differences in responses which might have been related to specific demographic characteristics. In unpublished work, a moral conservatism score was derived from responses to Items 2, 4, 6 (scored as a negative number), 9, 10, 11, and 13. The mean score on this measure of moral conservatism was 6.11, SD = .18 (range: –5 to 30).

Reliability analyses yielded a Cronbach alpha of .70 with an average inter-item correlation of .16. Split-half reliability was .74. Test-retest correlation coefficients ranged from .24 to .72 for the 13 items.

Although no validity studies have been published to date, we have data supporting the validity of the questionnaire. For example, we have found that moral conservatism is strongly and inversely related to educational level (p <.000001). Religious preference is also predictable from scores on moral conservatism but this relationship is more complex because the more conservative religions (e.g., Church of God) tend to be over-represented by subjects with less formal education.

The Meharry Questionnaire: The Measurement of Attitudes Toward AIDS-Related Issues

Please circle the number which reflects the amount of your agreement or disagreement with each statement.

a This scale follows each of the statements.