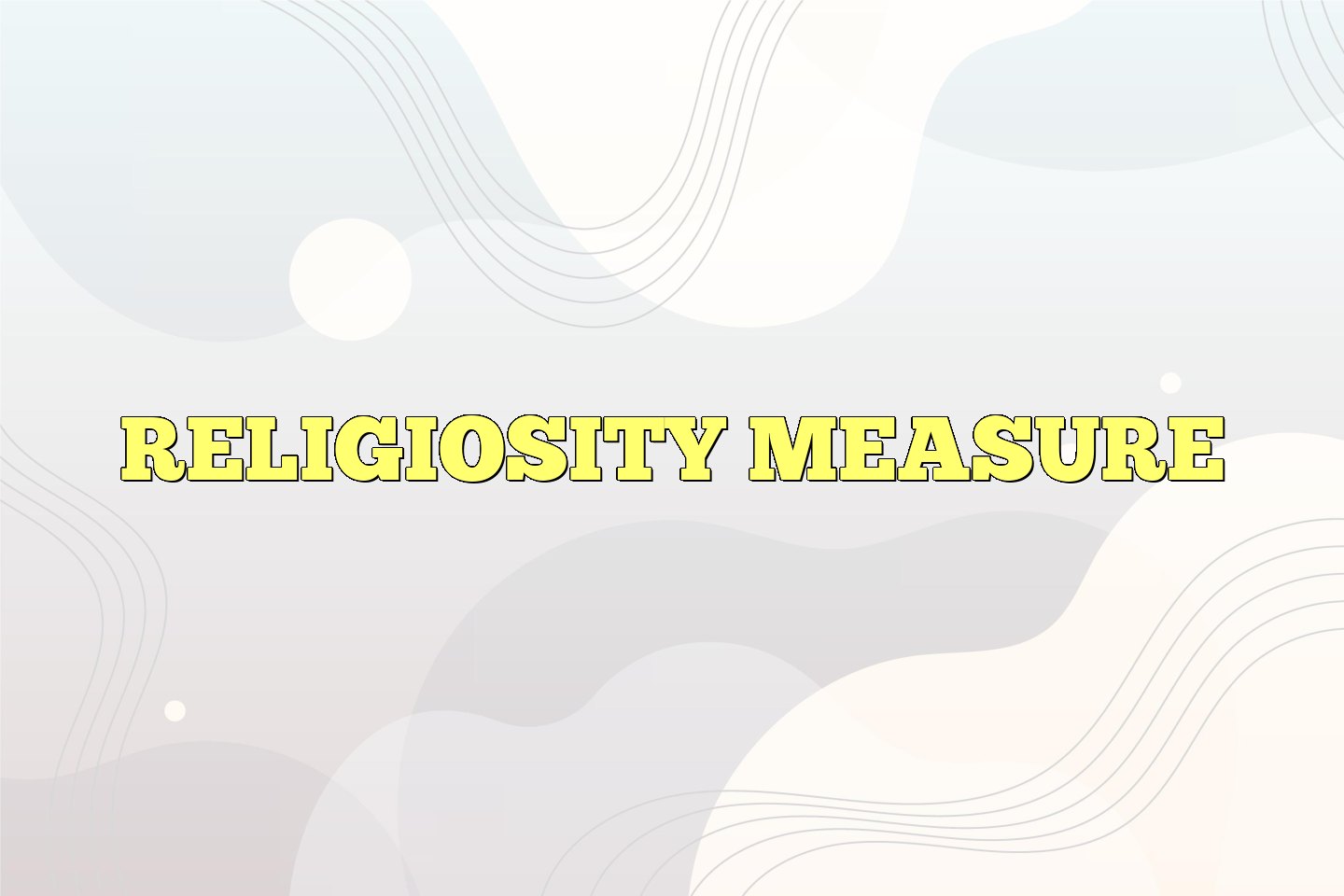 The Religiosity Measure was de­veloped in an attempt to evaluate the impact of religion on the respondent's daily, secular life as well as to determine the extent of in­ dividual participation in ritual practices. The emphasis is on one's cognitive orienta­tion concerning a transcendent reality. The measure is intended to be applicable to reli­giosity in general. No particular religious affiliation or denominational creed is as­sumed.

Glock's (1959) four dimen­sions of religiosity (ritual, consequential, ideological, and experiential) were opera­tionalized in two-item subscales, yielding an eight-item multiple-choice instrument. Each item is scored from O (option indicat­ing least religiosity) to 4 (option indicating greatest religiosity) with the exception of the "attendance at religious services" ques­tion. This item was categorized according to four meaningful breaks in the response dis­tribution. The maximum score for each of the four subscales is 8 with a total possible score of 32 for the subscales combined.

Some of the items are reverse worded and can be randomly ordered to minimize any kind of obvious systematic structure. Items of an ideological nature contain the verb "believe," whereas experiential items are oriented towards "feelings." Items per­taining to ritual participation are behavioral in nature.

In their original study, Rohrbaugh and Jessor initially contacted a random sample of 2,220 students stratified by sex and grade level at several junior and senior high schools in a small city located in the Rocky Mountain region. Of those, 949 provided individual and parental consent and were included in the study. The college sample was drawn from a random selection of 497 freshman stu­ dents on a freshman registration list from the College of Arts and Sciences at a large university in the Rocky Mountain region. Of the designated sample, 276 participated in their freshman year and formed the co­hort sample that was monitored longitudi­nally throughout their college experience. High school females (mean = 17.2) and high school males (mean = I 5.2) scored significantly higher than their same-sex counterparts in college (college female mean = 12.7; college male mean = 12.5).

Rohrbaugh and Jessor also present mean religiosity scores for their sample parti­tioned on the basis of such descriptors as gender, high school versus college, length of involvement with marijuana, length of sexual involvement, and social activism status.

Cronbach coefficient alphas were over .90, indicating high internal con­sistency for the instrument. The measure was unidimensional and homogeneous, as indicated by an average of .55 for Homo­geneity Ratios (Scott, 1960).

In terms of construct validity, fe­ males were consistently more religious than males and high school-age students were more religious than college age, indicating good construct validity with other consistent findings in the field. In their survey, Rohr­ baugh and Jessor (1975) also asked subjects to note their overall religiosity on a IO-point linear rating scale. The overall religiosity score from the present instrument correlated well with this self-rating (college males r = 0.78, college females r = 0.81, high school males r = 0.83, high school females r = 0.84). Strong internal validity was indicated by the four subscales for the four student groups having an overall average correla­tion matrix coefficient value of 0.69. Fi­nally, a discriminant validity analysis indicated that this instrument assessed the per­sonal religious orientation of the individual, and was not primarily the result of his/her identification with an external religious net­ work or social structure.