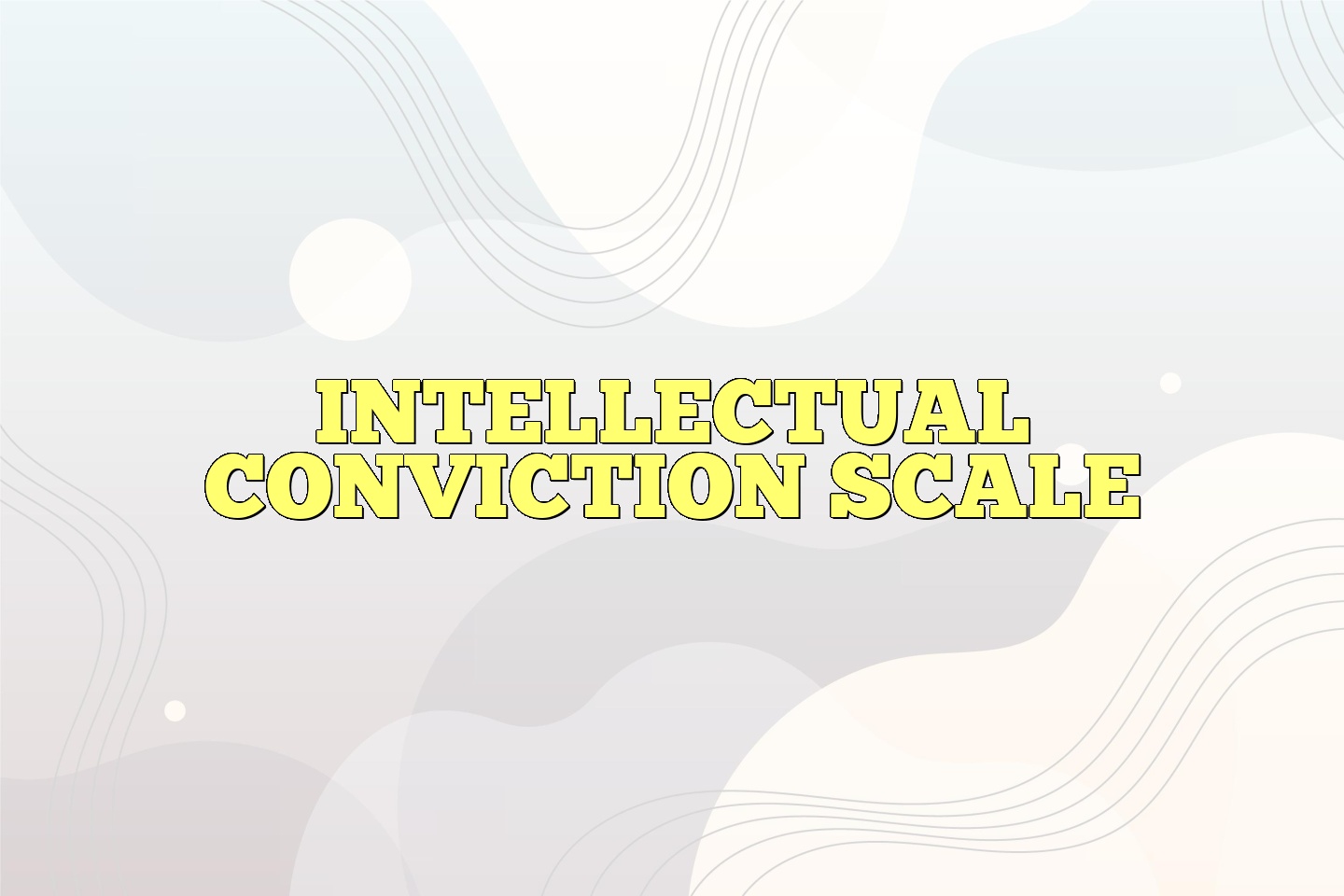 Intellectual Conviction Scale
Rokeach‚ & Eglash‚ 1956
1.    The reason we should show consideration for others is that they will reciprocate and show consideration for us.
2.    Radio and TY programs should employ only loyal Americans‚ so as not to lose their audiences.
3.    What is wrong with socialization‚ as seen in England‚ is that it results in severe rationing.
4.    The reason you should not criticize others is that they will turn around and criticize you.
5.    The American economic and political system is preferable to the Russian‚ because the Soviet system means long hours at poor wages.
6.    The fallacy in Hitler's theories is shown by the fact that‚ after all‚ he lost the war.
7.    The reason that criticism is a poor policy is that it prevents you from making and keeping friends.
8.    Do unto others as they do unto you.
9.    It's better not to talk about people behind their backs‚ because sooner or later it gets back to them‚ and you get a reputation as a gossip.
10.Negroes deserve equal treatment‚ because there is as yet no scientific evidence showing that there is any real difference in body odors.
11.The fact that God exists is proven by the fact that so many millions of people believe in Him.
12.The trouble with Communism is that‚ in all of human history‚ it has never worked.
13.Taxation without representation is wrong because sooner or later people rebel‚
14.If a man fails to practice what he preaches‚ there's something wrong with what he preaches.
15.You should only criticize others when you are above reproach yourself.
16.The reason it's better to let people make up their own minds is because they won't follow your advice anyway.
17.Whether it's all right to manipulate people or not‚ it is certainly all right when it's for their own good.
18. Appreciation of others is a healthy attitude‚ since it is the only way to have them appreciate you.
19.Generosity is a healthy way of life‚ because he who casts his bread upon the waters shall have it returned ten-fold.
20.Whether one approves of filibustering or not‚ it is all right if it's for a good cause.
Strongly agree‚ Agree‚ Neither agree nor disagree‚ Disagree‚ Strongly disagree
This instrument can be found at: https://www.psc.isr.umich.edu/dis/infoserv/isrpub/pdf/Measuresofsocialpsychologicalattitudes_2928_.PDF

Zagona‚ Salvatore V. (1959).  Dogmatism and A theory of interdependence Between Libertarian and Equalitarian Processes: A study in reciprocal evaluation. University of Arizona‚ Dovtoral Dissertation.