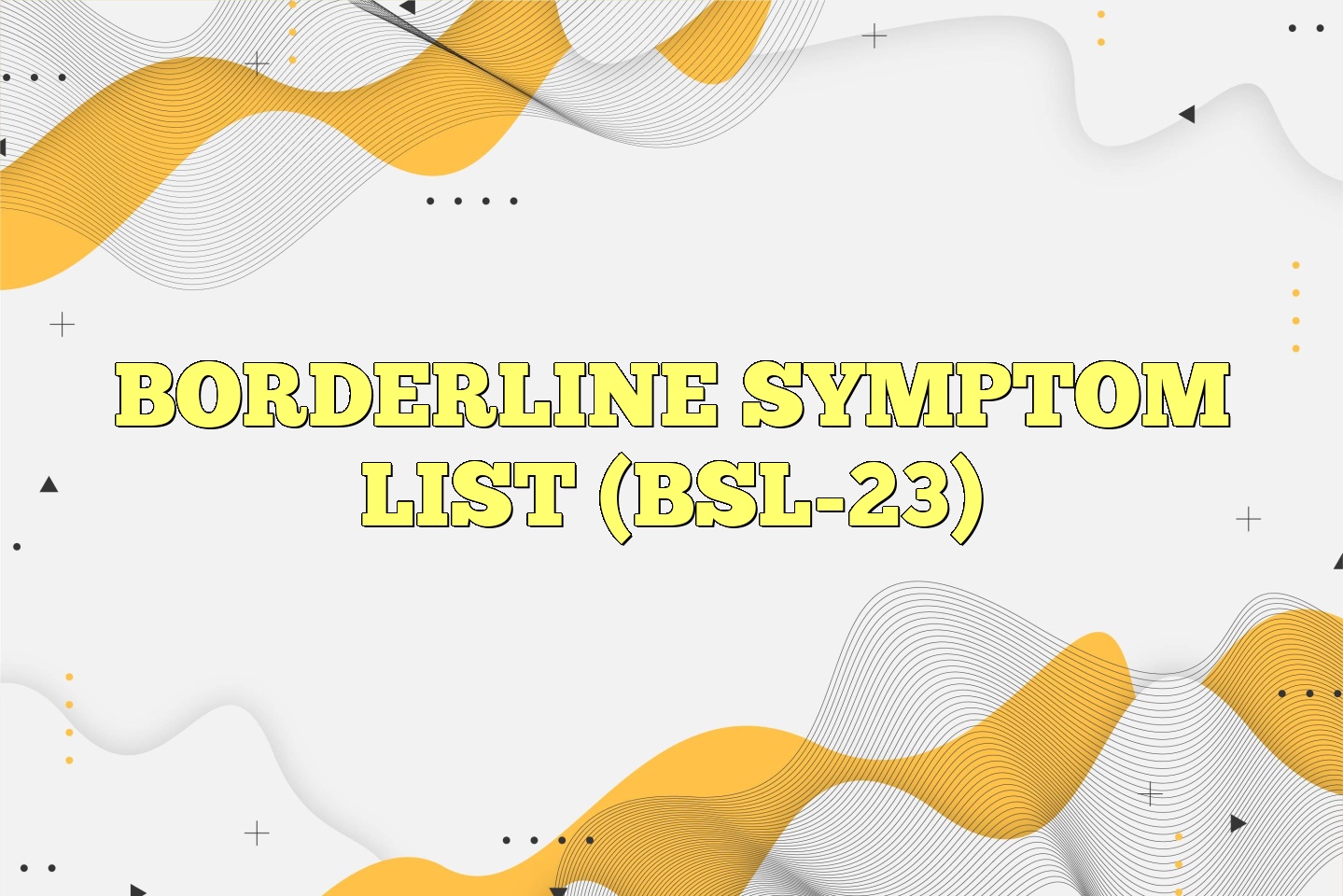 The Borderline Symptom List 23 was developed in 2009 to provide a way to quantify the symptoms experienced by people diagnosed with Borderline Personality Disorder in a quick and efficient manner (Bohus et al., 2009). It was created from the original BSL-95 which was developed in 2007, based on a sample of 379 borderline patients (Bohus et al., 2007). It is a self-report questionnaire using a Likert scale rating (0 = ‘not at all’, 1 = ‘a little’, 2 = ‘rather’, 3 = ‘much’, and 4 = ‘very strong’). It asks the patient to evaluate their symptoms for the past week in a series of 23 questions.

Although the original BSL-95 had very strong psychometric properties, the number of questions in the list was thought to be not practical in some settings and to reduce the patent burden and increase the willingness of clinicians and researches to use the tool, a brief form was created (Bohus et al., 2009).

The BSL-23 is scored by adding the values of the items. Patients must complete at least 90% of the questionnaire for the scores to be evaluated (Mannheim, 2007). To enable the comparability with the original BSL-95 the score needs to compare the mean values of the scales. The supplement Items for assessing Behaviour is assessed in the same way, with scored being added to obtain the actual dysfunctional behaviour score. Both scores are used to monitor the severity of BPD symptoms and track the changes across time for the patient. It does not diagnose Borderline Personality Disorder.

Research findings by Bohus et al. (2009) have found good psychometric properties for the BSL-23 which are comparable to those found longer BSL-95. There is also a high correlation between the BSL-23 and BSL-95 scores from all samples they tested (range: 0.958–0.963) Internal consistency was also high with Cronbach’s α ranging between 0.935–0.969.

The BSL-23 can be used to test the effectiveness of treatments being undertaken by the patient as it is sensitive enough to detect changes between testings (Bohus et al., 2009). The briefness of the tool allows it to be used weekly with low patient burden, compared to the BSL-95.  The tool was originally written in German and has been translated into several different languages apart from English and the psychometric properties for the translated tools are valid and have been published (Nicastro et al., 2016; Soler et al., 2013).