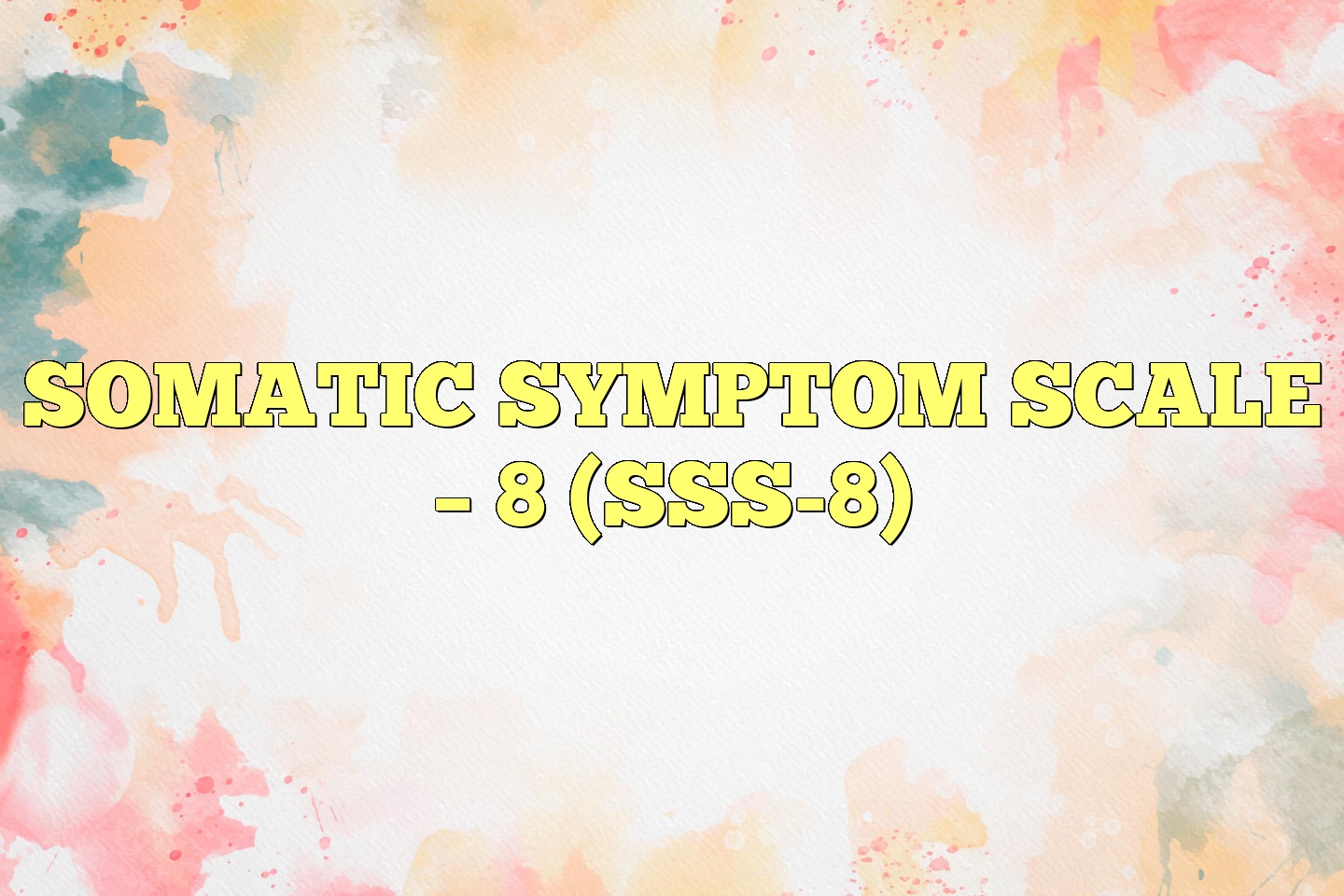 The eight item Somatic Symptom Scale (SSS-8) was recently developed as a brief, patient-reported outcome measure of somatic symptom burden.  The scale assesses common somatic symptoms and is a shortened version of the PHQ-15 questionnaire scale, it was first developed for the DSM 5 field trials that investigated the newly established somatic symptom disorder (Zijlema, 2013). The SSS-8 has a five point response option instead of the three point options for the PHQ-15, and a seven day time frame instead of the four week time-frame for the PHQ-15 Initially called the PHQ-SSS in the DSM 5 field trials it was renamed to shorten it and reflect the number of items (Gierk et al., 2015).

Gierk et al., 2015 did a comparison study between the SSS-8 and the PHQ-15 with psychosomatic outpatients (n=131) and found the reliabilities of the PHQ-15 and SSS-8 were α=0.80 and α=0.76, respectively and both scales were highly correlated (r=0.83). The item characteristics were comparable. There was the same pattern of correlations with measures of depression, anxiety, health anxiety and health-related quality of life (r=0.32 to 0.61). On both scales a 1-point increase was associated with a 3% increase in health care use. The percentile distributions of both scales were similar.