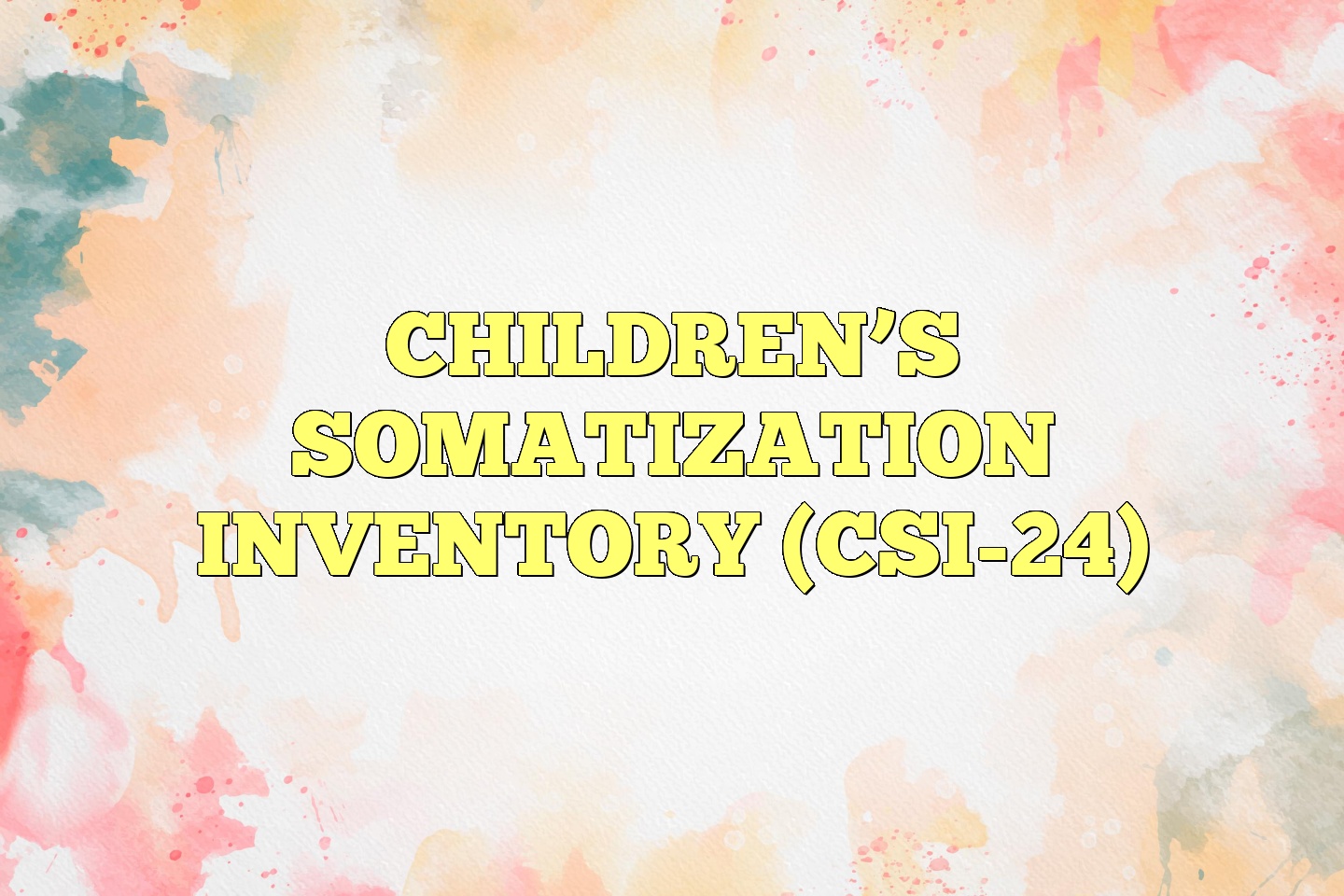 Background
The Children’s Somatization Inventory (CSI-24; Walker, Garber, & Greene., 1991) is a revised version from the original Children’s Somatization Inventory conceptualized by Walker and Colleagues in 1991. The original version of the CSI consisted of 35 items corresponding with symptoms consistent with the DSM-III-R criteria for Somatization Disorder. In 2009 the CSI was reviewed and a shorter version, consisting of 24 items, was created. The revised version was the result of eliminating 11 items that were rarely endorsed and had low item-total correlations.
There has been some controversy over the factorial structure of the instrument. Factorial Analysis of the CSI-24 found it not to be considered a strictly uni-dimentional instrument as although its items load onto one factor, with positive standardized factor loadings, the fit was found to be poor (Walker, Garber, & Greene., 1991). Further research has suggested that a 6-item one factor instrument demonstrates a better fit and adequate psychometric properties (Orgiles & Espada, 2013).
Validation
The inventory was conceptualized using a predominantly Caucasian clinical sample with a primary complaint of chronic abdominal pain, but this instrument has since been found a valid measure in community populations (Lavigne, Saps, & Bryant., 2012) and other cultures (Orgiles & Espada, 2013)
Psychometric properties
The CSI-24 has been found to correlate highly with the CSI-35 (– r=.99, p<.001; Walker et al., 2009) and hence has been considered a refined version of the original measure. The CSI-35 has been examined in numerous studies and has evidence of high concurrent and convergent validity (r>.4) with other measures of somatization, and good support from a number of studies for it’s construct validity.