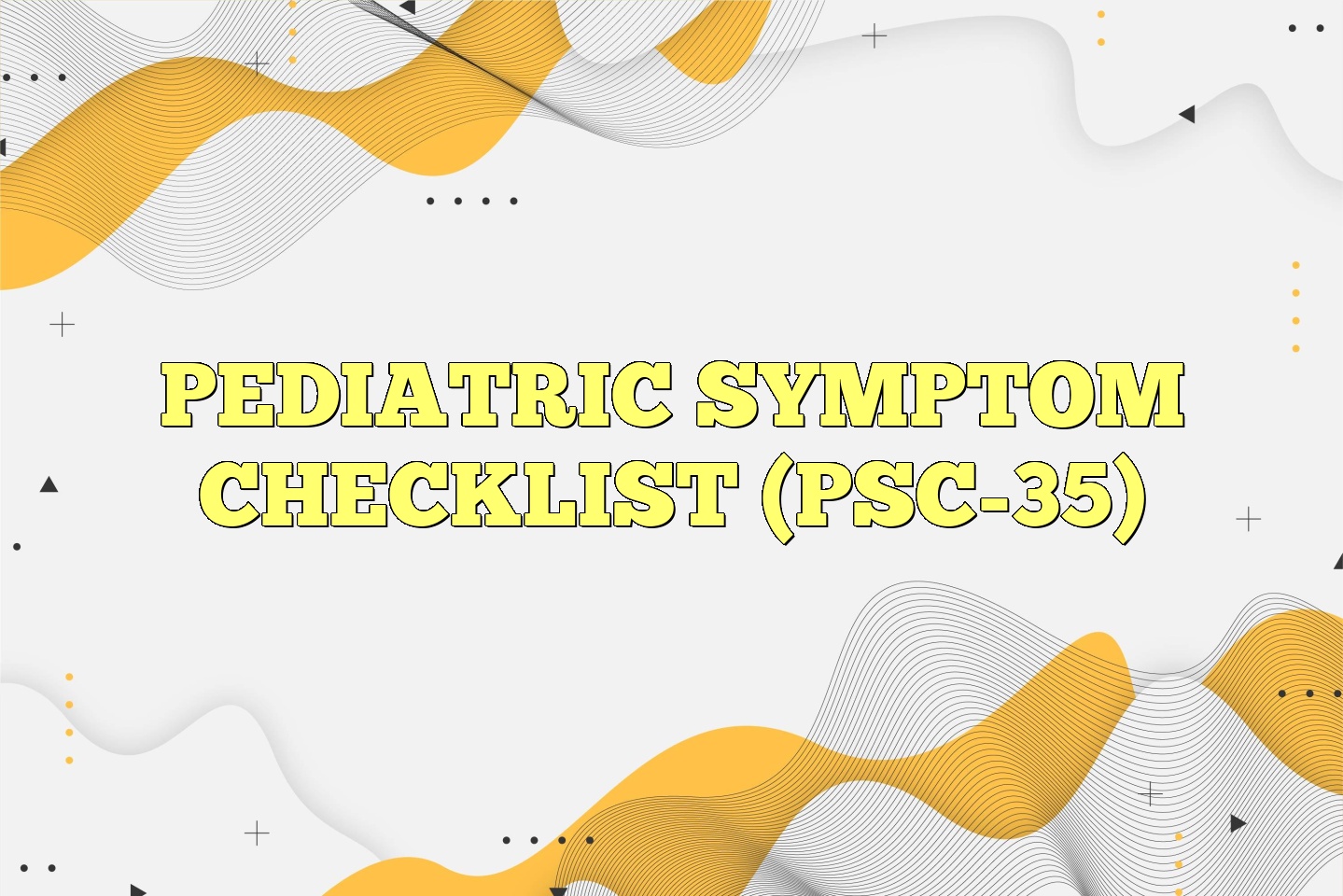 The PSC-35 was designed as a brief screening tool to assess general psychosocial dysfunction in children (Vogels, Crone, Hoekstra & Reijneveld, 2009). It was developed in the USA and is used to improve the identification of psychosocial problems in children (Vogels et al., 2009). The measure is filled out by the parent/guardian and it examines the domains of attention, externalizing, and internalizing symptoms (Massachusetts General Hospital, 2017). It is applicable for use with children between the ages of 4 and 18 and usually takes less than five minutes to administer. Scoring only takes 1 to 2 minutes.

The tool contains a total of 35 items. The items cover a broad range of emotional and behavioral problems experience by children that reflect the parent’s impression of the child’s psychosocial functioning (Jellinek et al., 1988). Responses to the items are Never, Sometimes or Often and items are scored 0, 1 and 2 respectively. The tool is scored by adding these scores together. A positive screen for children aged between 6-18 is indicated by a score of greater than 27 and a score greater than 23 for 4-5 year children. Cutoff scores indicating a clinical level of dysfunction have been derived using Receiver Operator Characteristic analyses. This involves the comparison of the performance of the PSC to other validated questionnaires and clinician assessment.

The test has been demonstrated to have a sensitivity of 0.95 with a specificity of 0.68 (Jellinek et al., 1988). Internal consistency has been shown to be particularly strong with a cronbach alpha of 0.89 (Vogels et al., 2009). Further, a Pearson’s r value of 0.81 was calculated using the Child Behaviour Checklist as a reference point (Vogels et al., 2009). This is a longer strongly validated tool that is also used to assess psychosocial problems. Given the effect size demonstrated is a large size (Cohen, 1992) this provides evidence of strong convergent validity for the PSC-35.

Given the strong evidence for the tool, other researchers have adapted the measure in to encapsulate a wider client base. A shorter 17 item version of the tool has been created and has also been translated into English, Spanish, Chinese and Japanese. There is also a pictorial version available and a version has been introduced for children over the age of 11 that allows them to respond to the item themselves.

In general, the tool is a particularly efficient and effective way of identifying potential psychosocial problems in children in early development. It is easy to administer and score for busy clinicians and it a simple tool for parents to understand.