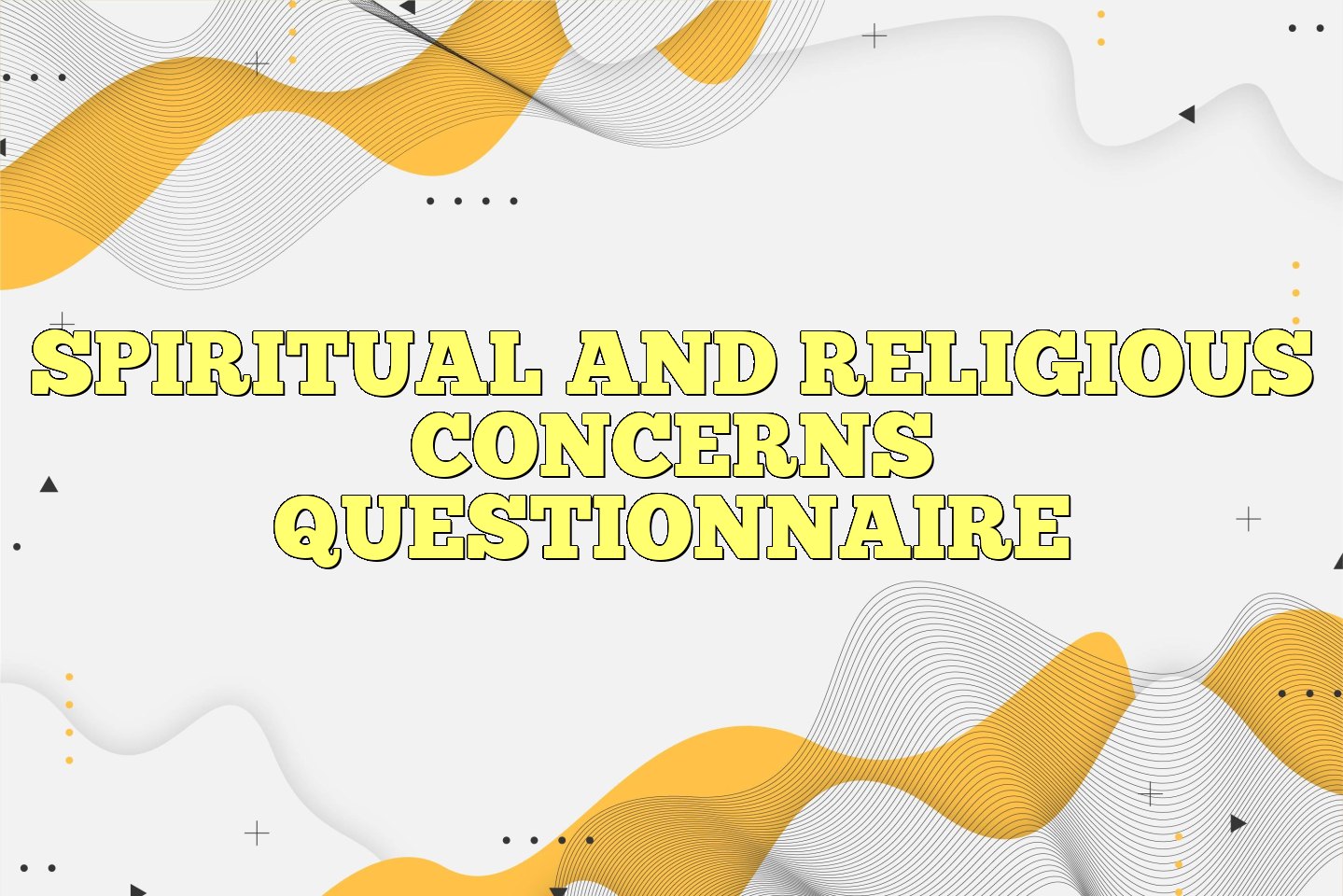 The Spiritual and Religious Con­cerns Questionnaire (SRQ) measures the spiritual and religious beliefs, attitudes, needs, and behaviors of adolescents. The scale was designed to assess the spiritual and religious concerns of newly hospital­ized patients in an adolescent inpatient unit. The main purpose of the scale is to provide clinically useful information that might prove useful to caregivers in delivering more focused and wholistic services.

The SRQ is not based on any particular theoretical orientation. Silber and Reilly (1985) asserted that the intensity of an adolescent's spiritual and religious con­cerns would increase following hospitaliza­tion in proportion to the severity of his or her illness.

Silber and Reilly (1985) used trained volunteers to administer the SRQ. No guidelines were offered on re­ quired reading level or time of administra­tion. The authors do not describe any special instructions for administration, but it would seem important that the purpose and rationale for giving the scale should be ex­plained to hospitalized adolescents.

Specialized norms for the SRQ have not been developed. The original sample consisted of 114 newly hos­pitalized adolescents in an adolescent inpa­tient unit. The participants ranged in age from 11 to 19 years of age with equal repre­sentation in early (11-13 years), middle (14-15 years), and late (16-19 years) adoles­cence categories. Thirty-nine participants were male and 75 were female. The ethnic composition of the sample consisted of 58 African-American, 54 Caucasian, and 2 Asian participants. The vast majority (92) of the participants attended a public school. Participants were separated into three cate­gories of severity of illness, including (a) severe with high probability of being fatal (24 patients), (b) severe (53 patients), (c) moderate (37 patients).

No analysis of the reliability of the SRQ was reported.

I don't believe I sometimes believe I believe firmly

God (Supreme Being) has nothing to do with my illness

Silber indicated through personal communication that he is currently working on further validation of the SRQ. Information about the SRQ can be obtained by contacting Tomas J. Silber, M.D. Department of Adolescent Medicine Children's Medical Center 10011 Michigan Ave. NW Washington, DC 20010