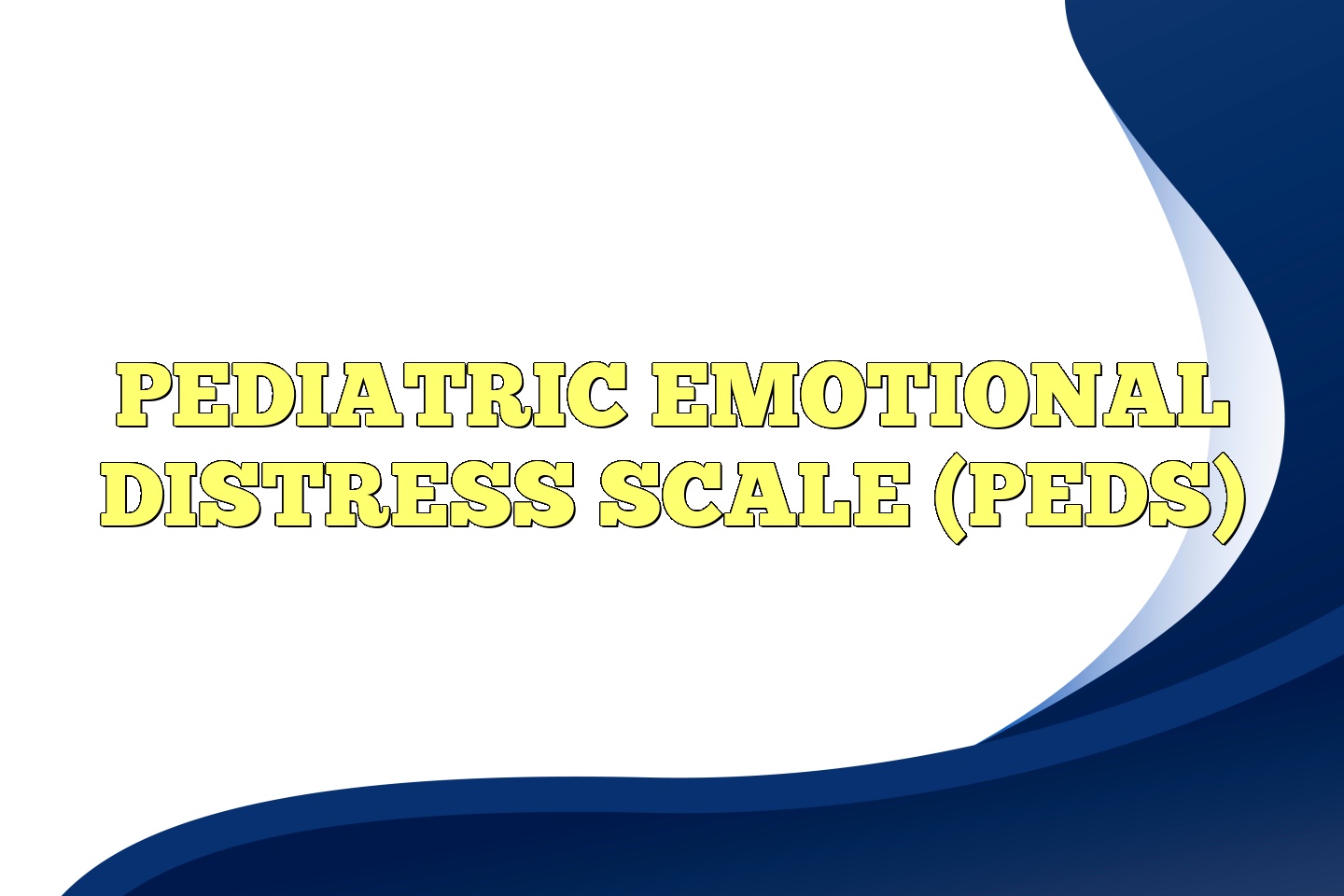 The Pediatric Emotional Distress Scale (PEDS) was designed to serve as a rapid and inexpensive screening measure to assess the presence and severity of trauma-related behaviours in children aged 2-10 years. (Spilsbury et al., 2005).

The PEDS was developed in America in the late 90’s as a response to an underdeveloped knowledge base for large-scale disasters with regard to children’s psychological needs (Saylor et al., 1999). Based on the literature, Saylor et al. (1999) concluded there was a need for brief screening instruments that can be used to assess children exposed to traumatic events without burdening parents, professionals or child victims themselves. Research suggested children exposed to trauma may have elevated behaviour problems as measured by widely-used behaviour checklists, as well as elevated symptoms characteristic of PTSD (La Greca et al. 1996).

Based on this, a 21-item parent or guardian report measure consisting of 17 general behaviour items and 4 trauma-specifc items was generated for children and is meant to take only 5-8 minutes to administer. For each item the frequency of behaviour is rated on a 4-point Likert scale ranging from 1 (almost never) to 4 (very often). The scale’s first 17 items are grouped into three subscales, Anxious/Withdrawn, Fearful and Acting Out. Two of the four trauma specific items, loaded onto a separate Talk/Play factor. These behaviour items are then summed to produce and overall distress score.

Four independent samples provided data for preliminary psychometric studies from a clinical and school group that was geographically and developmentally diverse (i.e. Boston, Utah, Hurricane Hugo and Children’s Evaluation Centre). The total sample size was 475, however the sample is not considered a representative sample as 93% were Caucasian and predominantly middle to upper class (Saylor et al., 1999).

Initial factor analysis was performed on the first 17 items of the scale for all participants, using a principal components extraction and the three subscale factors emerged. Factor analysis on the full 21-item scale were only conducted with children exposed to trauma, however also yielded identical factors as the first 17 items (Saylor et al., 1999).

Saylor et al. (1999) reported acceptable internal consistency using Cronbach’s alpha (α) for subscales ranging from .72 to .78 and .85 for the 17-item PEDS total score. Acceptable test-retest reliability after a 6-8 week follow up in one sample was found, and interrater reliability using Pearson correlation (r) between mothers and fathers score ratings was also found. Strength of correlations between PEDS total and subscale scores on the Eyberg Child Behaviour Inventory (ECBI) and the Reaction Index (RI) from the Children’s Evaluation Centre sample provided evidence of convergent and divergent validity (Spilsbury et al., 2005).

Discriminant analysis determined clinical cut off scores, however when maternal education was used as a blocking variable more cases could be correctly classified. Therefore different cut off scores are available based on parental education levels. Importantly, PEDS is not intended to be a diagnostic criterion or a substitute for a more in-depth psychiatric interview. Access to PEDS is free and can be gained by emailing the author [email protected].