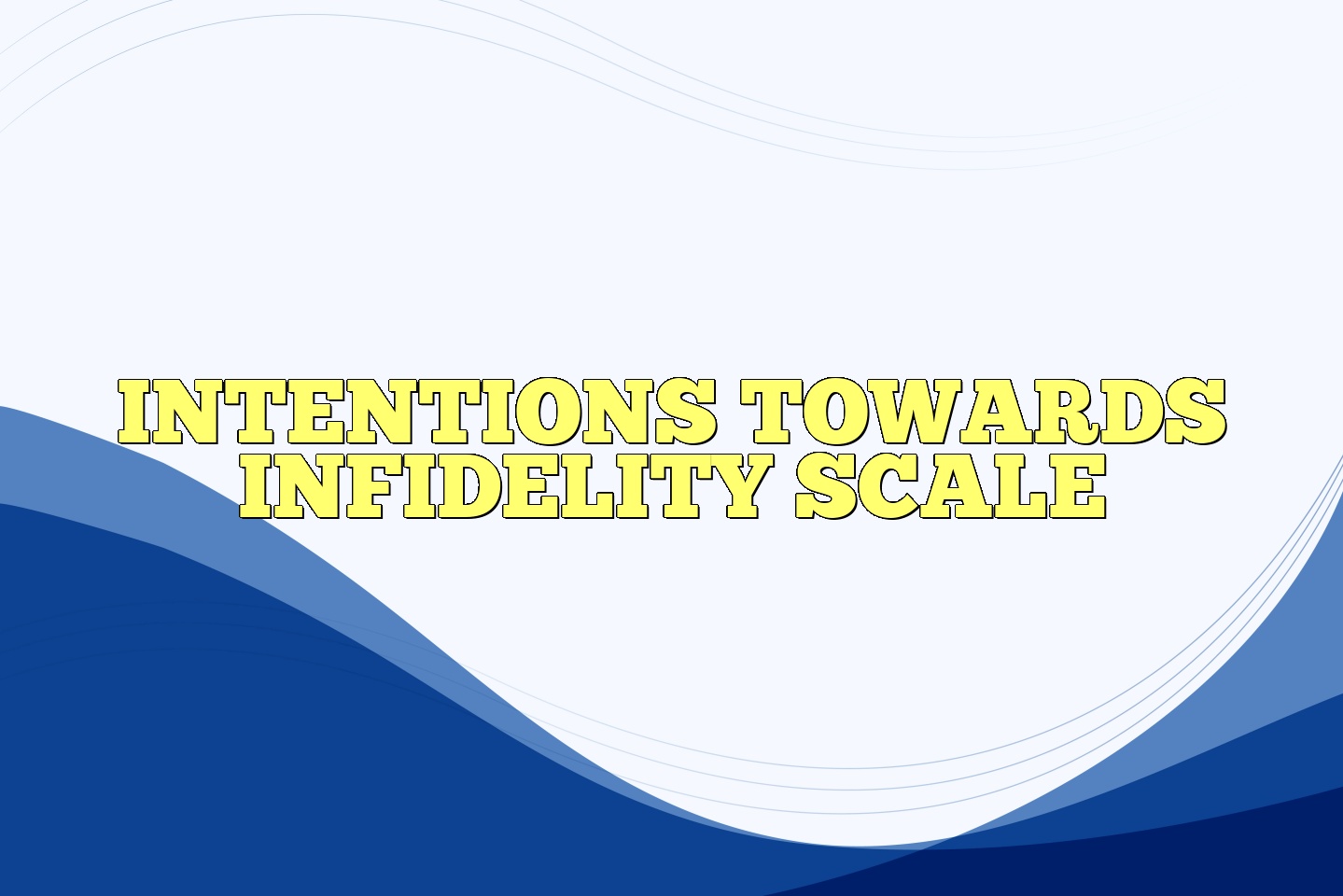 Infidelity is one of the leading causes of divorce and relationship dissolution (Daly, Wilson, & Weghorst, 1982). Thus, being able to predict who will be unfaithful in the future would be critical to assessing relationship longevity and fidelity. We created the Intentions Towards Infidelity Scale (ITIS) in order to predict who is likely to stay faithful to a romantic partner.

Infidelity causes emotional pain and turmoil in addition to concerns of exposing, or actually exposing, a current partner to a sexually transmitted infection. Attitudes towards infidelity only provide some evidence for who will be unfaithful in the future, because attitudes do not always directly translate into behavior as well as behavioral intentions (Ajzen & Fishbein, 2005). Certain individual differences, such as personality, also can predict infidelity. However, such scales are long and measure global dispositions towards negative interpersonal behavior rather than specifically targeting infidelity (Hall & Fincham, 2005). As a result, we created a brief scale that measures behavioral intentions in order to assess the likelihood of engaging in infidelity behaviors (e.g., intentions to hide the relationship from an attractive other or be unfaithful in the future).

The ITIS is a self-report questionnaire with responses ranging from −3, Not at all Likely, to +3, Extremely Likely. The ITIS takes less than a minute to complete.

The ITIS consists of seven items. Once the third item is reverse scored, the items should then be averaged to create a single score. The ITIS has one common factor, on which all items consistently load. The Cronbach’s alpha internal reliability is also consistently good across samples (Jones, 2009; Olderbak, 2008; Olderbak & Figueredo, 2009), ranging from .70 to .81. To date, there is no test-retest reliability information available on the scale.

The ITIS is a new scale, which demonstrates good valid- ity in preliminary samples (Jones, 2009; Olderbak, 2008; Olderbak & Figueredo, 2009). At present, the only validity data available are on college-aged samples, although we argue that the scale is appropriate for anyone who is in a committed romantic relationship.

The ITIS shows strong overall correlations with previous and current self-reports of frequency of infidelity behavior with the average correlation of all the studies ranging from to .60 (Jones, 2009). In addition, Jones (2009) also con- ducted several studies correlating the ITIS with a number of variables related to sexual and romantic relationships. All effect size terminology is based on Cohen’s (1988) taxon- omy of effect sizes. Results indicate that the ITIS correlates

The ITIS has small to moderate correlations with the Big Five personality traits of conscientiousness and agreeable- ness. The ITIS is also positively and moderately correlated with openness to experience. In addition, the ITIS has a small positive correlation with impulsive sensation seeking (ISS) and a moderate positive correlation with aggression/ hostility (AH), personality traits of the “Alternative Five” personality scale (Zuckerman, Kulhman, Joireman, Teta, & Kraft, 1993). The ITIS also fully mediates the relation- ship between every aforementioned variable and overall number of infidelities a person has committed.

Please indicate how likely or unlikely you would be to do the following things. Use the scale below to answer the following questions.

Jones, D. N. (2009). The personality of a cheater. Manuscript in preparation.