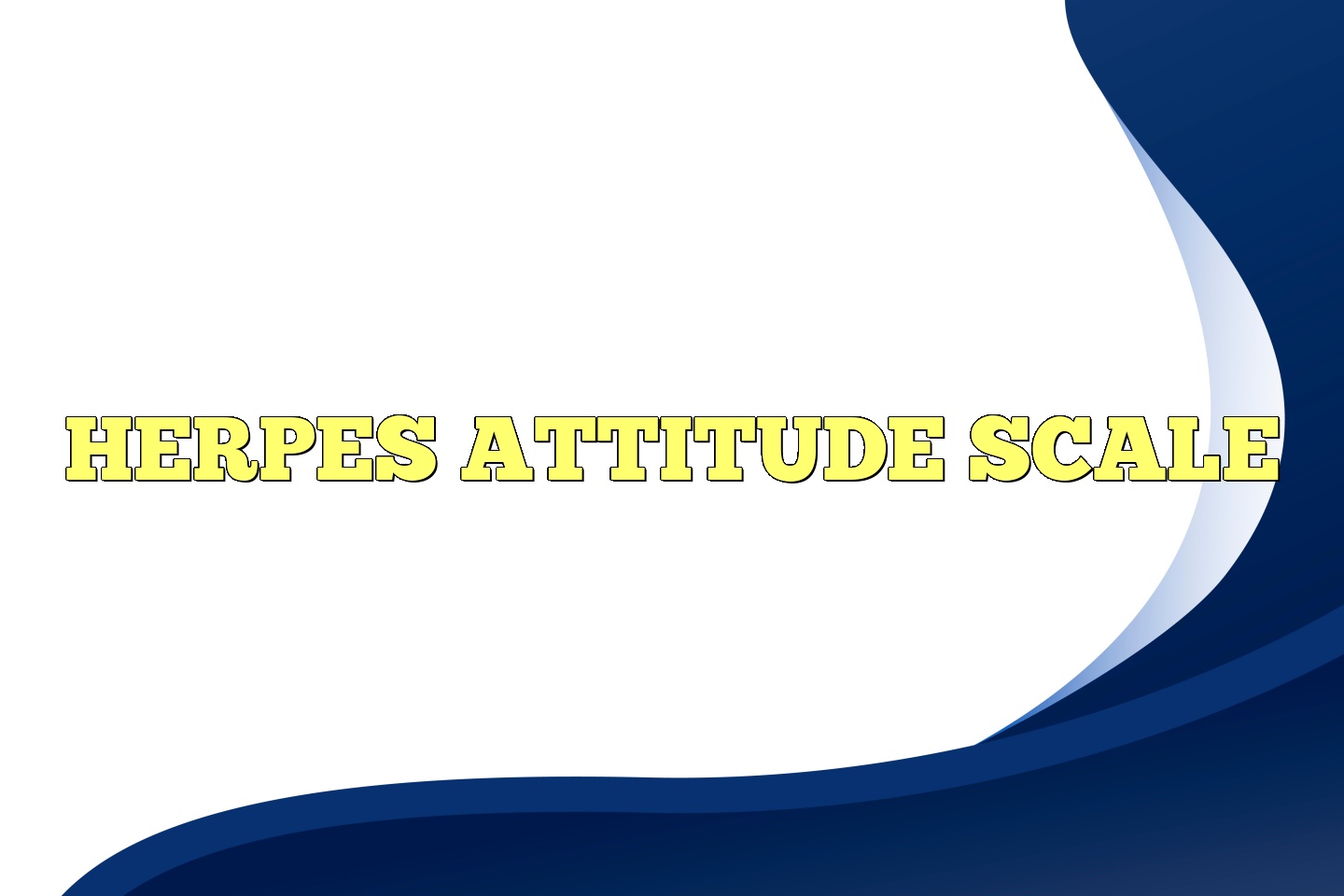 This scale is a 40-item Likert scale (5 points) with response options labeled Strongly Agree, Agree, Neither Agree nor Disagree, Disagree, and Strongly Disagree. The items on the scale were selected from an initial pool of 65 opinion statements about herpes. They were judged for readability by five undergraduate students and for acceptability for inclusion in the scale by a panel of five expert judges. The judges agreed on 45 of the original items for inclusion in the scale. The scale was administered to 250 undergraduate students in introductory psychology courses, and an item analysis was conducted to identify the statements that could best discriminate high and low scorers. Forty items had statistically significant item-total correlations (p < .001). These items were arranged in random order, and the scale was tested for reliability. This scale was designed to measure college students’ attitudes about herpes but could be used for other populations.

Respondents circle or blacken one response option for each item on a separate labeled answer sheet. Most respondents complete the scale within 15 minutes.

Content and face validity were evaluated by a panel of five expert judges: a physician, a registered nurse, two health educators, and a graduate student with herpes. The judges assessed the relevance and importance of each item as well as the comprehensiveness of the entire scale (Bruce & McLaughlin, 1986).

SD: Strongly Disagree With the Statement

Each statement is numbered. Be sure to match the statement’s number with the number on the answer sheet. Please respond to all items on the questionnaire. There are NO right or wrong answers.