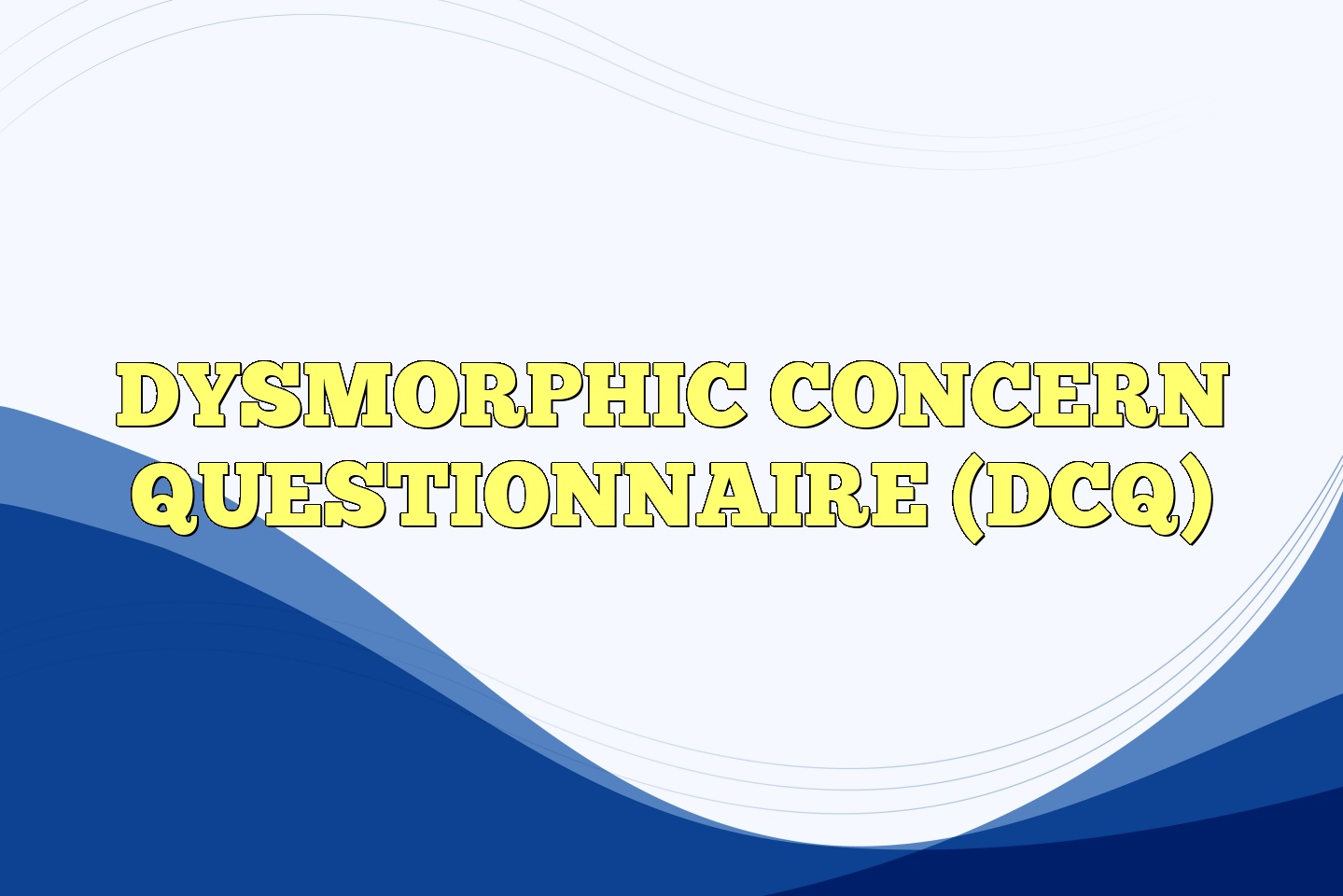 About the DCQ: An Overview

The DCQ is a self-report measure with seven items which ask about cognitive and behavioural aspects of dysmorphic concern. Each item is phrased with the question, “Have you ever…?” (e.g., “…been very concerned about some aspect of your physical appearance”). Each item is scored on a 4-point scale ranging from not at all (0) to much more than most people (3). The sum of the seven item scores results in the final interpretative score. A table of cut-off scores with their corresponding specificities, sensitivities, false negative and false positive percentages can be found in the article published by Mancuso and colleagues (2010). They recommend a cut-off score of equal to or greater than 9 to indicate a positive screen, but other authors have suggested ≥11 or ≥14 (Standgier, Janich, Adam-Schwebe, Berger, & Wolter, 2003). The lack of consensus stems from differing values placed on the amount of required sensitivity, specificity, or the balance between these two.

The DCQ can be acquired from the original Oosthuizen and colleagues (1998) article. The article is free to access however the DCQ is copyright protected and written permission is needed for its use (except for individual use). The DCQ is appropriate for both research and clinical settings where dysmorphic concern or body image is a variable which needs to be measured or screened for. It has also been recommended to implement the DCQ in dermatological settings (Woolley & Perry, 2015).