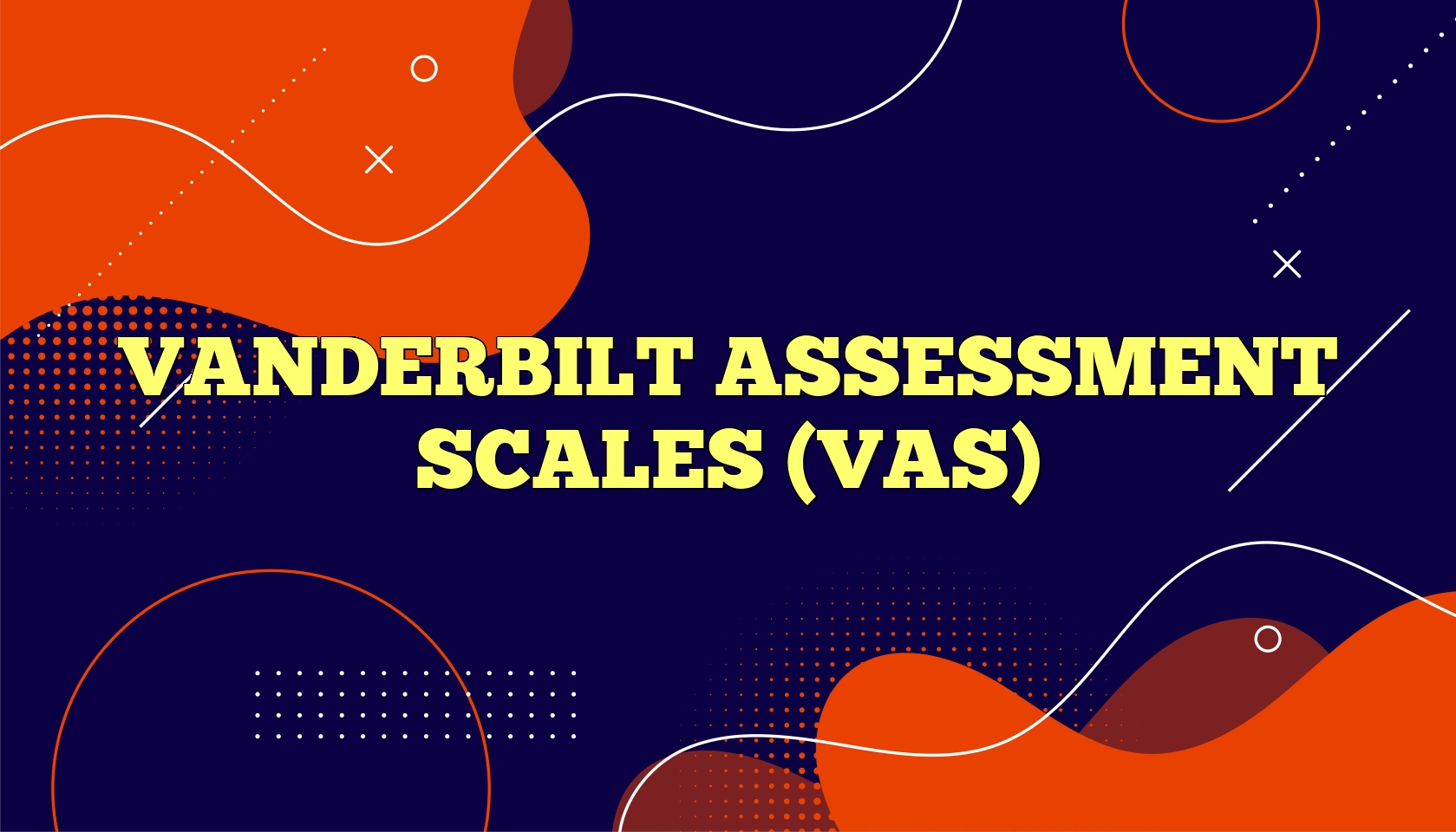 The Vanderbilt Assessment Scales (parent/teacher) were created in 2002 by the American Academy of Pediatrics (AAP) and the National Initiative for Children’s Healthcare Quality (NICHQ) at the completion of a project aimed to create and implement a model of care for children with ADHD. The VAS is a brief scale completed by parents and teachers that assesses ADHD symptoms of inattention and hyperactivity along with conduct disorder, oppositional defiance disorder, anxiety, depression and academic performance (Fields & Hale, 2011).
Psychometric Properties
The scale has good internal reliability with Cronbach’s alpha coefficient of > .90 (parent) and >.89 (teacher) (Wolraich et al., 2002; Wolraich et al., 2013). Test-retest reliabilities were assessed as adequate (r >.80) (Bard et al., 2013). Interrater reliability, between the two scales is very low (r=.27 – .34) (Wolraich et al., 2002).
The four factor structure of the scale confirms it is a valid measure of inattention, hyperactivity, conduct disorder/oppositional defiance disorder, anxiety/depression. Convergent validity is evidenced by the moderate to high correlations with the Diagnostic Interview Schedule for Children-IV Parent Version (Bard et al., 2013; Collett et al., 2003).
The parent scale produced sensitivity measure (true positives) of 80% and specificity (true negatives) of 75% when predicting a diagnosis of ADHD. However when the parent and teacher scales were combined positive predictive value fell to 19% and the negative predictive value increased to 98% suggesting that the combined scale is very good for identifying children who do not have ADHD (Bard et al., 2013).
The VAS has been used with clinical and community samples of American, African American, Hispanic, Spanish and German children in rural, urban and suburban areas; with those at high and low risk of ADHD. Only small differences were found for gender, age, school grade or severity of ADHD symptoms (Wolraich et al., 2002).
Strengths:
The scale is: easy to complete and score, psychometrically sound, useful for collecting data from multiple sources and assessing academic and behaviour performance (Collett et al., 2003; Kratochvil et al., 2009). It can be used to establish baselines to measure treatment effectiveness (Kratochvil et al., 2009) and has utility to screen for comorbid disorders (Becker et al., 2012; Langberg et al., 2010). The teacher scale correlates highly with a diagnosis of ADHD (Austerman, 2015).
Weaknesses:
There is no evidence found for discriminant validity. Items are more relevant for school aged children than younger. Very low inter-rater reliability between scales and is to be used as a screening tool only.
Clinical utility:
The VAS provides a psychometrically sound method of data collection from both parents and teachers that can be used in the diagnostic process for children with ADHD.  It useful and acceptable to clinicians, readily available and provides assessment of performance and comorbid disorders (Bard et al., 2013).  It is so simple to use, a line can be drawn down the page to delineate meeting or not meeting diagnostic criteria (Molina, 2017).
Link to scale: https://www.nichq.org/resource/nichq-vanderbilt-assessment-scales