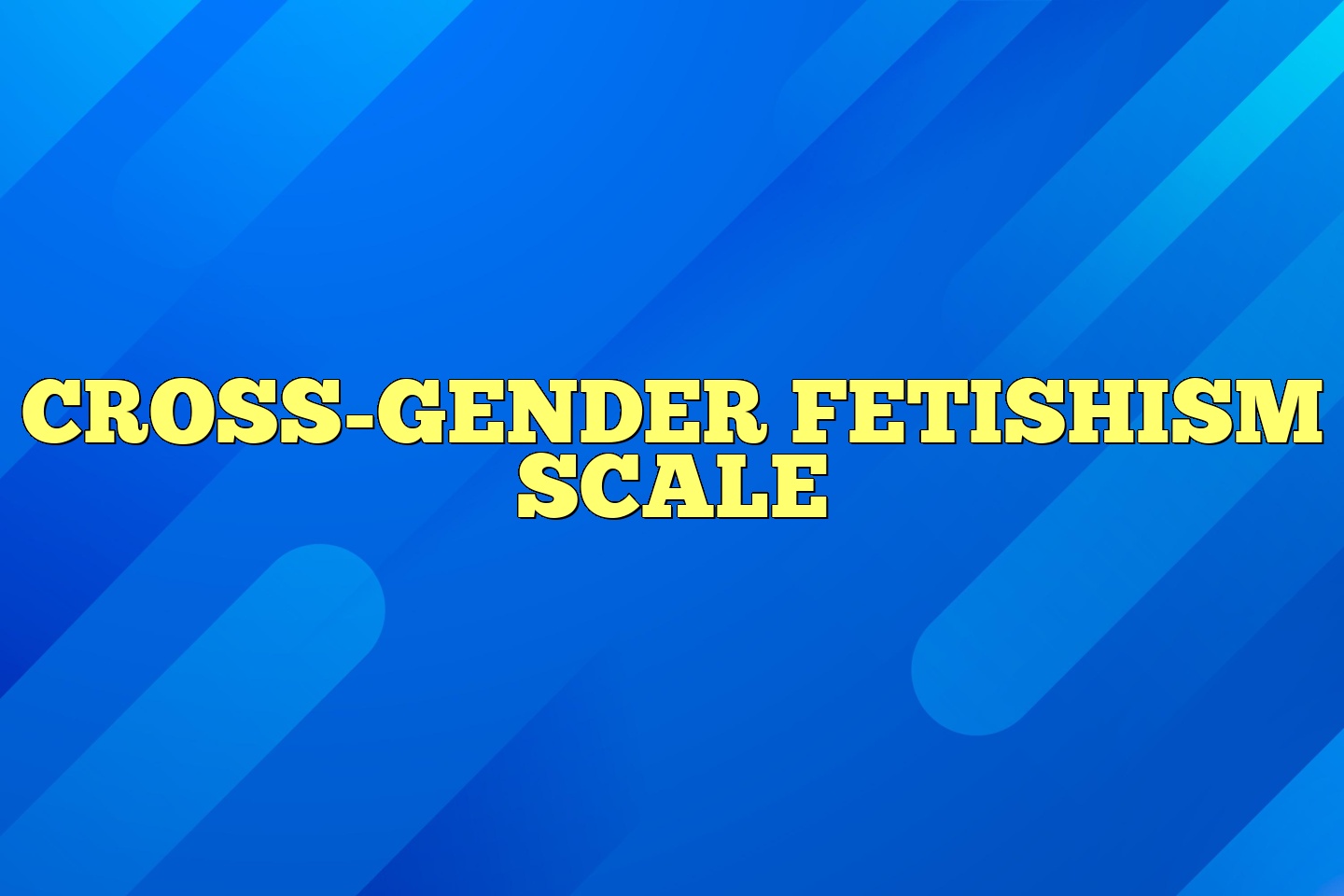 The Cross-Gender Fetishism Scale CGFS is primarily intended to discriminate fetishistic from nonfetishistic cross-dressers (e.g., gender dysphorics, transsexuals, “drag queens,” self-labeled transvestites). All items, however, contain one response option appropriate for non-cross-dressing males, so that it may be administered to control samples as well.

The scale is a self-administered, multiple-choice questionnaire. It contains 11 items: 6 with three response options and 5 with two options. Scoring weights for these response options were determined with the optimal scaling procedure for multiple-choice items outlined by Nishisato (1980). This procedure directly determines the set of scoring weights that optimizes the alpha reliability of a scale for a given population. This analysis, as well as others yielding the psychometric information reported below, was carried out on 99 adult male patients of the behavioral sexology department or gender identity clinic of a psychiatric teaching hospital. All had reported that they felt like females at least when cross-dressed, if not more generally.

The scoring weight for each response option is shown in parentheses in the accompanying exhibit. Because empirically derived scoring weights can vary from sample to sample, users might wish to substitute the scoring weights given here with a simple dichotomous scheme: 1 for each positive response and 0 for each negative one.

Blanchard (1985) found that two factors with eigenvalues greater than 1.0 emerged from principal components analysis, accounting for 68% and 9% of the total variance. The part-remainder correlations ranged from .56 to .89.

Blanchard (1985) demonstrated the expected strong association (within the clinical population previously described) between high scores on the CGFS and hetero- sexual partner preference. Blanchard, Clemmensen, and Steiner (1985), predicting that heterosexual male gender patients motivated to create a favorable impression at clinical assessment would tend to minimize their history of fetishistic arousal in their self-reports, found a high significant correlation of –.48 between the CGFS and the Crowne-Marlowe (1964) Social Desirability Scale. The correlation between these two measures among homo- sexual gender patients–who rarely or never have fetishistic histories–was virtually zero.

No permission or fee is required to use the CGFS.

The following questions ask about your experiences in dressing or making up as the opposite sex. These questions are meant to include experiences you may have had during puberty or early adolescence as well as more recent experiences.

Please circle one and only one answer to each question. If you are not sure of the meaning of a question, you may ask the person giving the questionnaire to explain it to you. There is no time limit for answering these questions.