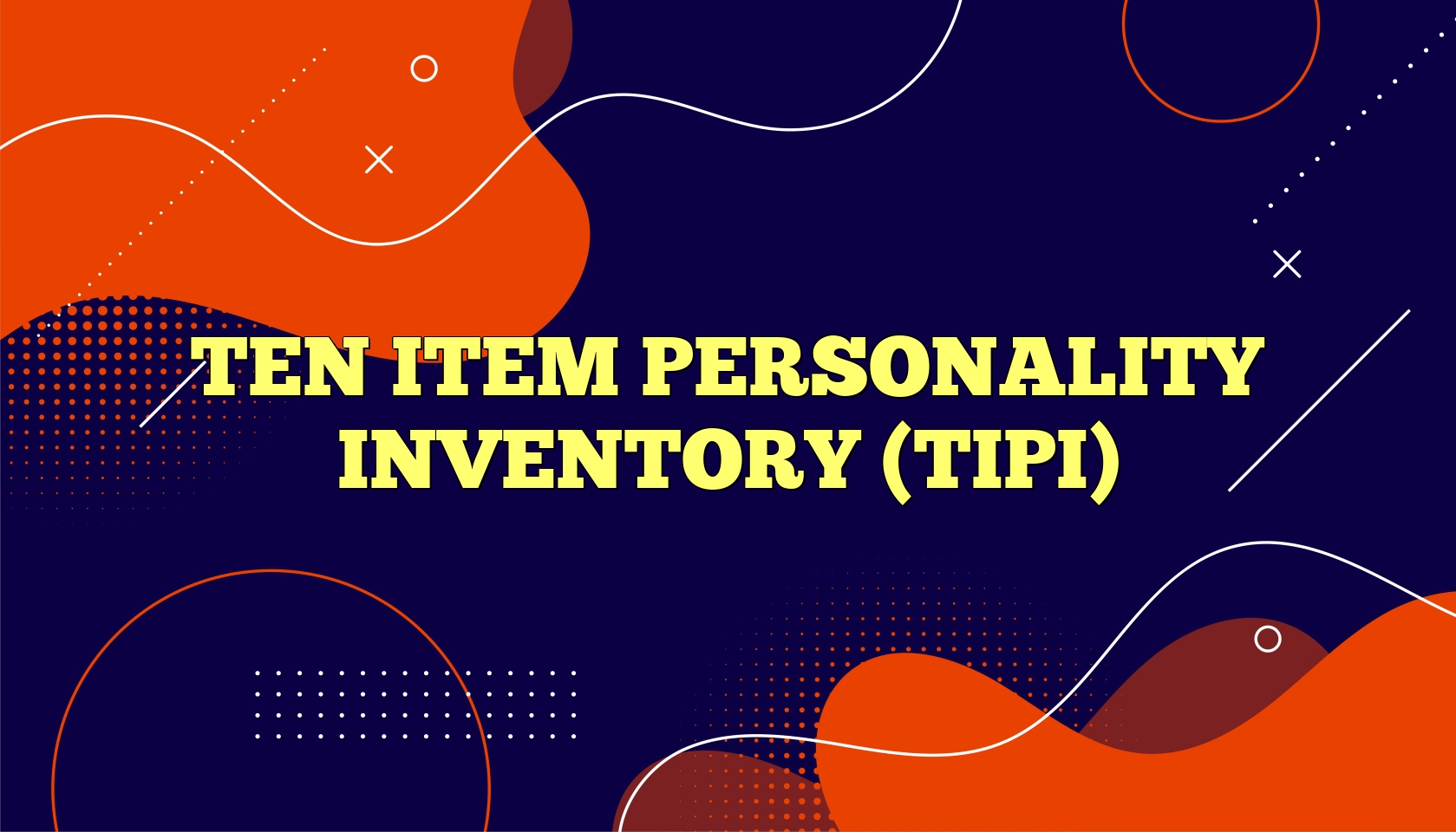 The Ten Item Personality Inventory (TIPI), developed in the USA by Gosling, Rentfrow and Swan (2003) was designed to measure the dimensions of the Five Factor Model (FFM) of personality. Gosling et al. (2003) recognised that time is often a luxury in research and therefore designed a short instrument that would allow for quick administration and interpretation. Thus, the TIPI takes approximately one minute to complete.

Aiming to cover the breadth of the FFM, the items comprising the TIPI were culled from descriptors from existing Big-Five instruments such as the Big Five Inventory (BFI, John & Srivastava, 1999). The TIPI consists of 2 items for each of the 5 domains represented in the FFM. One item contains two desirable descriptors and the other, two undesirable descriptors (E.g. for Extraversion: extraverted, enthusiastic and reserved, quiet). Each of the ten items are rated on a 7-point Likert scale ranging from 1 (disagree strongly) to 7 (agree strongly).

The TIPI has been translated into a number of languages including Spanish (TIPI-SPA), Catalan (TIPI-CAT; Renau, Oberst, Gosling, Rusinol, & Chmarro, 2013) and German (TIPI – G; Muck, Hell & Gosling, 2007). Cross cultural validation revealed similar results on all three measures to those obtained in the study of the English-language TIPI (Gosling et al., 2003).

The TIPI is freely accessible online (via http://gosling.psy.utexas.edu/wp-content/uploads/2014/09/tipi.pdf) and can be utilised without permission.

I see myself as: