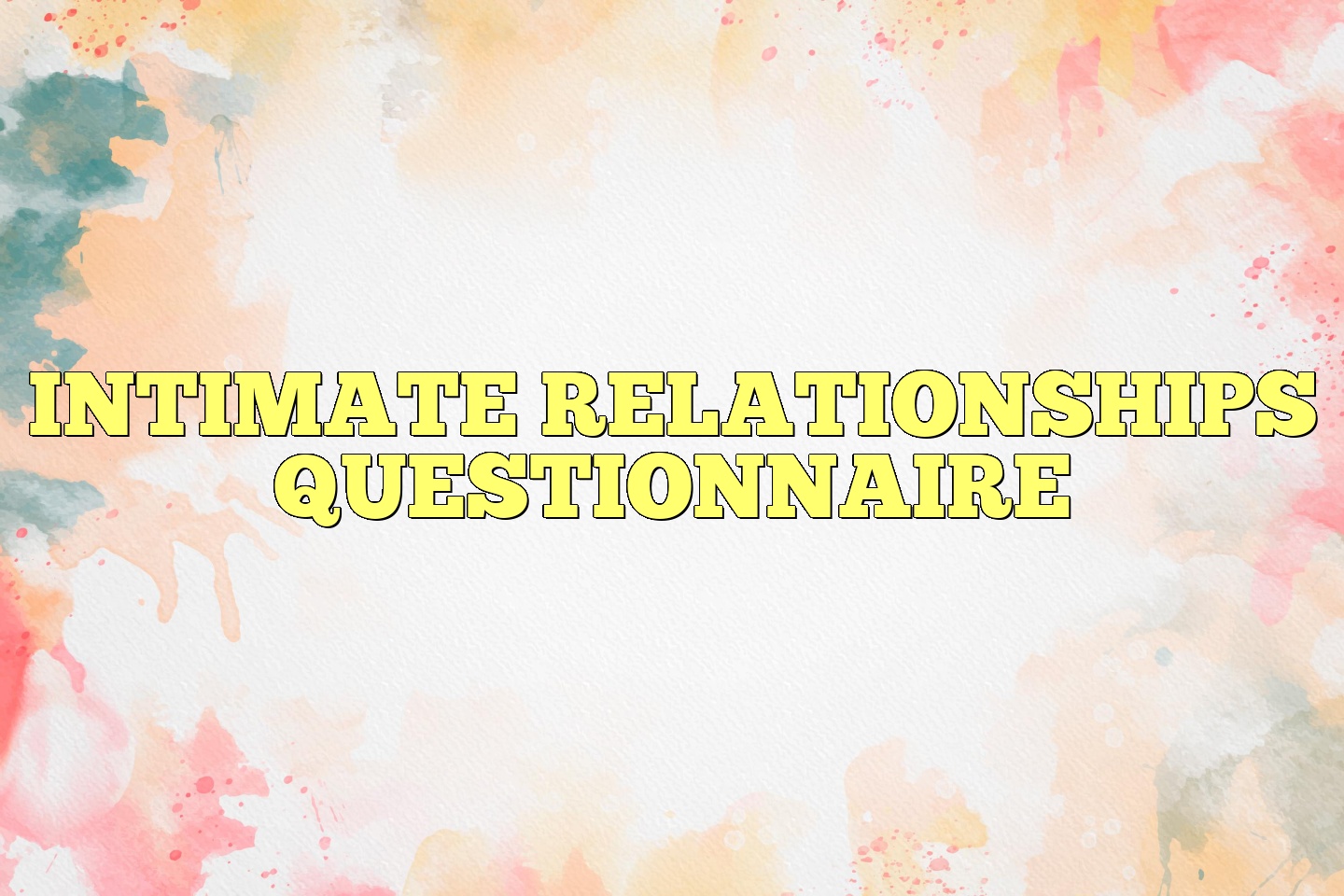 The Intimate Relationships Questionnaire (IRQ) was created to measure assertive, nonassertive, and aggressive tendencies specific to safer-sex behaviors in unmarried adolescents and young adults (Yesmont, 1992b). The AIDS epidemic has highlighted the serious health problems created by less fatal, yet more prevalent, sexually transmitted diseases (STDs). The rates of STDs are highest in the young adult population. The IRQ is a convenient and promising measure that is easily incorporated into assertiveness training to increase safer-sex behaviors and reduce the incidence of STDs. The IRQ offers a structured format that can be used in an individual or group setting, or with couples. It may be used in conjunction with role-play and rehearsal of precautionary behaviors and to identify those aspects of safer sex behaviors that are especially difficult for respondents.

The IRQ consists of 10 items, each with three response alternatives that measure assertive, nonassertive, and aggressive tendencies. The items describe intimate situa- tions involving the precautionary behaviors of condom use, asking a date about his (her) STD history, about prior AIDS testing, and wanting to know a date better before engag- ing in sexual intercourse. The assertive, nonassertive, and aggressive responses are randomly sequenced throughout the items. There are an additional four items (1, 3, 5, and 8), pertaining to nonsexual intimate situations that are included as detractors. The IRQ items present the three types of responses in a 5-point Likert scale, from (1) not at all like me to (5) just like me. Respondents are asked to rate each alternative according to their own probable cognitive or behavioral response in each scenario.

The precautionary sex situations were inspired by research in AIDS-prevention programs (Kelly, St. Lawrence, Hood, & Bransfield, 1989; Rotheram-Borus & Koopman, 1989). The assertive, nonassertive, and aggressive response alter- natives were formulated from the most universally accepted definitions of these terms (Alberti & Emmons, 1986).

Although the IRQ was normed on predominantly heterosexual college students, its gender-nonspecific format renders it useful for individuals with other sexual orientations.

Respondents circle the number from 1 to 5 on each of the three alternatives to every test item, according to their self- perceived similarity to the proposed response. The IRQ requires approximately 10 minutes to complete.

In a sample of 253 unmarried, predominantly white under- graduates (159 females; 94 males), the Cronbach alphas for the three assertiveness categories on the safer sex questions were as follows: assertiveness, .77; aggressiveness,

In the Yesmont study (1992b), the college students’ IRQ assertiveness scores were significantly correlated with their degree of using Caution in a new, intimate relationship (r = .35) and Asking (inquiry about drug use, STD history, prior contact with high-risk partners and AIDS testing;) r

Each item below describes a situation and three responses that are thoughts or behaviors. These intimate situations involve a dating couple. Try to imagine a situation in your life that is as close to the one described as possible.

After reading each item, circle a number to the right of each response, indicating how similar it might be to the thought you might have or the behavior you might show, in the actual situation.

Please rate every response to each situation. Use the following scale for your ratings:

Rotheram-Borus, M. J., & Koopman, C. (1989, January). Research on AIDS prevention among runaways: The state of the art and recom- mendations for the future. Paper presented at the National Institute of Child Health and Human Development Technical Review and Research Planning Meeting on Adolescents and HIV Infection. Bethesda, MD.

Yesmont, G. (1992a, April). The development of the Intimate Relationships Questionnaire. Paper presented at the 63rd Annual Meeting of the Eastern Psychological Association. Boston, MA.