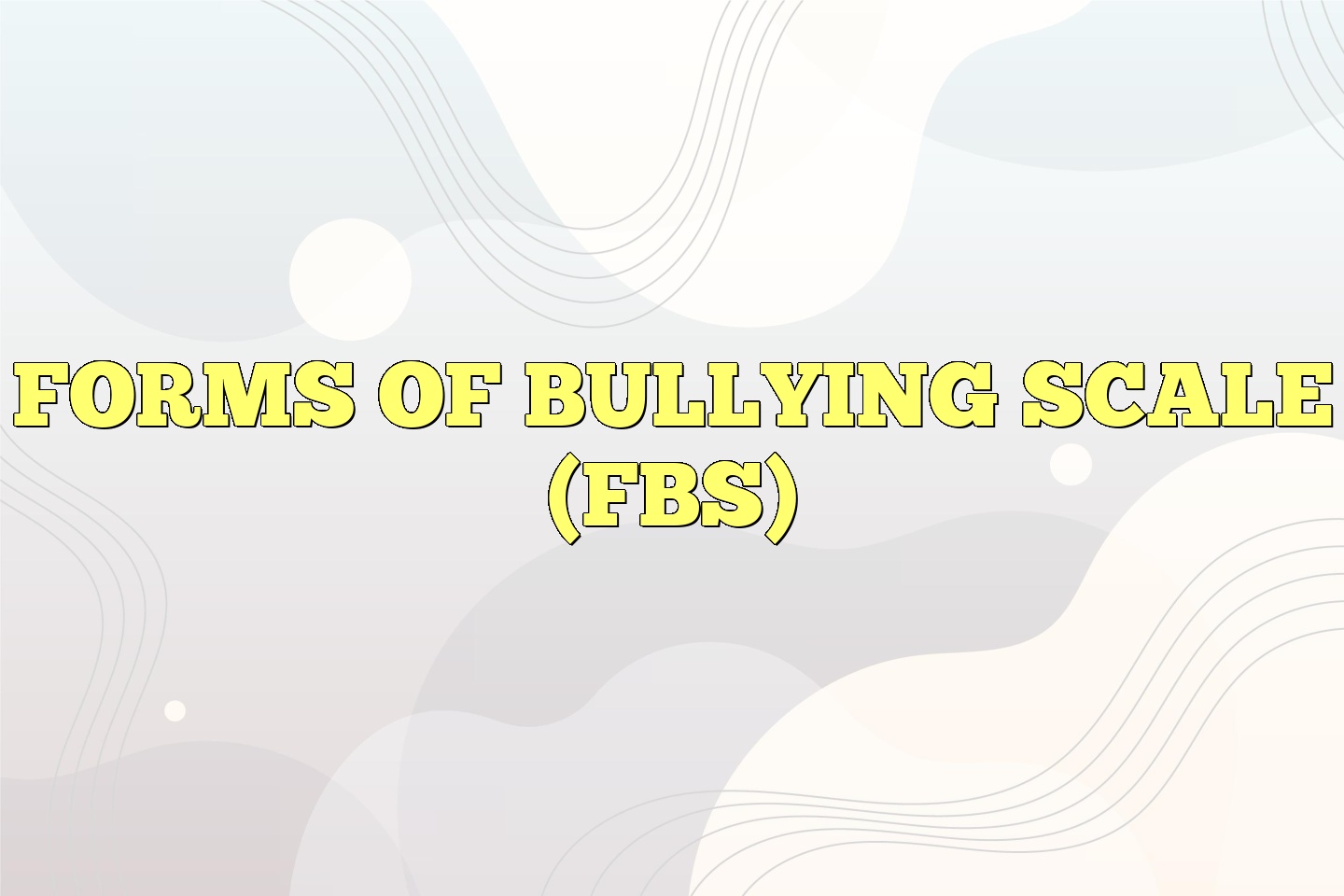 Forms of Bullying Scale (FBS)
Shaw et al‚ 2013
Victimization Version (FBS-V)
Last term‚ how often were you bullied (including cyberbullying) by one or more young people in the following ways?
a.    I was TEASED in nasty ways
b.    SECRETS were told about me to others to hurt me
c.    I was hurt by someone trying to BREAK UP A FRIENDSHIP
d.    I was MADE TO FEEL AFRAID by what someone said he/she would do to me
e.    I was deliberately HURT PHYSICALLY by someone and/or by a group GANGING UP on me
f.     I was CALLED NAMES in nasty ways
g.    Someone told me he/she WOULDN’T LIKE ME UNLESS I DID what he/she said
h.    My THINGS were deliberately DAMAGED‚ DESTROYED or STOLEN
i.      Others tried to hurt me by LEAVING ME OUT of a group or NOT TALKING TO ME
j.     LIES were told and/or FALSE RUMOURS spread about me by someone‚ to make my friends or others NOT LIKE me
Perpetration Version (FBS-P)
Last term‚ how often did you bully (or cyberbully) another young person(s) in the following ways (on your own or in a group)?
a.    I TEASED someone in nasty ways
b.    I told SECRETS about someone to others to deliberately HURT him/her
c.    I hurt someone by trying to BREAK UP A FRIENDSHIP they had
d.    I deliberately FRIGHTENED or THREATENED someone
e.    I deliberately PHYSICALLY HURT or GANGED UP on someone
f.     I CALLED someone NAMES in nasty ways
g.    I told someone I would NOT LIKE THEM UNLESS THEY DID what I said
h.    I deliberately DAMAGED‚ DESTROYED and/or STOLE someone’s things
i.      I tried to hurt someone by LEAVING THEM OUT of a group or by NOT TALKING to them
j.     I told LIES and/or spread FALSE RUMOURS about someone‚ to make their friends or others NOT LIKE them
Bullying victimization (FBS-V) and perpetration (FBS-P)
“This did not happen to me/I did not do this”; “Once or twice”; “Every few weeks”; “About once a week”; and “Several times a week or more”
This instrument can be found at: http://ro.ecu.edu.au/ecuworks2013/743/ & http://ro.ecu.edu.au/cgi/viewcontent.cgi?article=1743&context=ecuworks2013