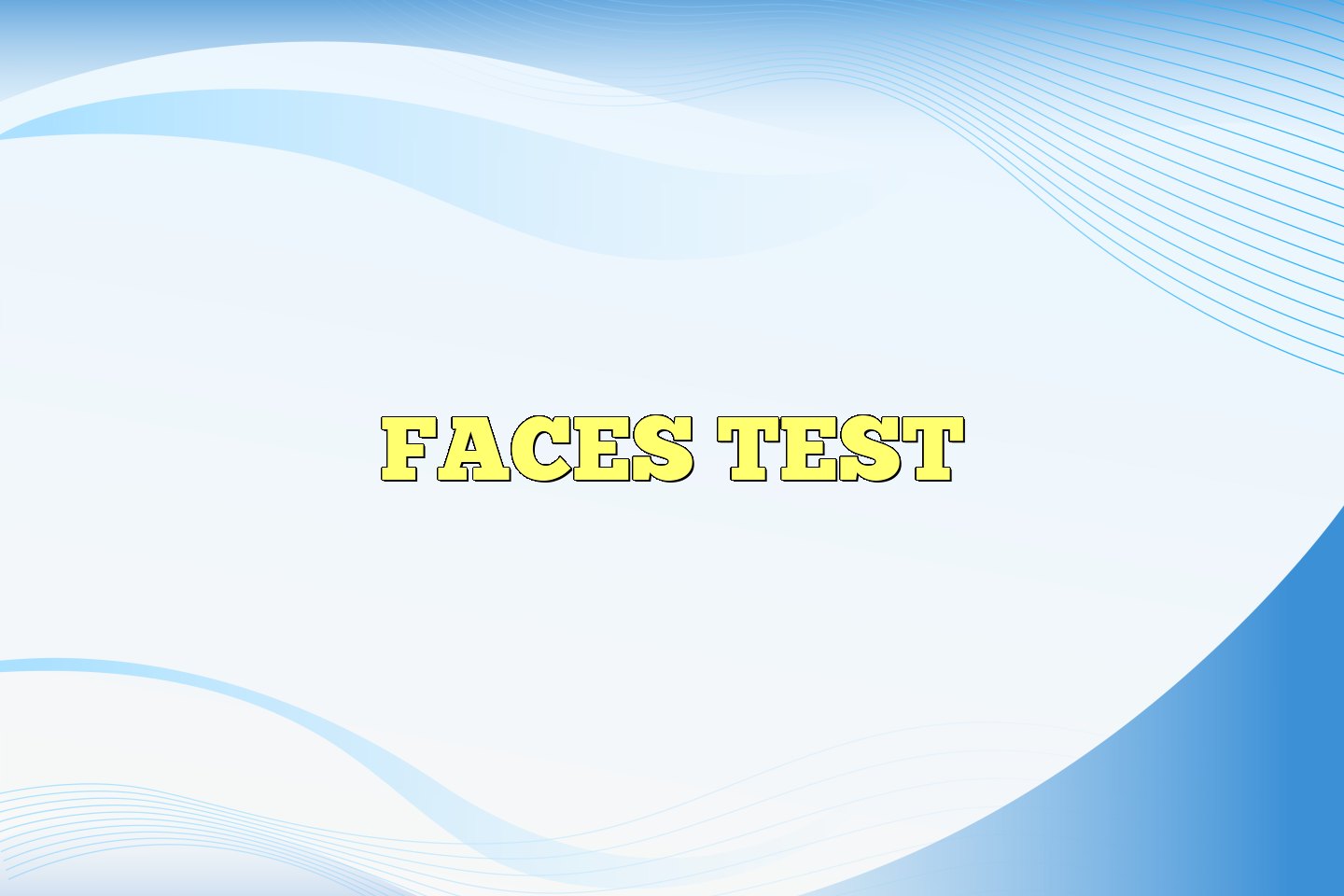 The idea that there is a “language of the eyes” in which normal adults are proficient but those with Asperger's syndrome are impaired is confirmed by this paradigm. Pictures of whole faces and parts of faces (eyes) are presented using the face test, with a fixed-choice of 2 mental-state terms. Adults with Asperger's syndrome, tend to perform well on pictures of whole faces but not on pictures of eyes, and are also more impaired with images of complex rather than basic emotions.

The revised version of this test (the Reading the Mind in the Eyes test) is discussed in terms of psychometric strength in Baron-Cohen, S. Wheelwright, S. and Hill, J. (2001)

Baron-Cohen, S. Wheelwright, S. and Jolliffe, T. (1997). Is there a “language of the eyes”? Evidence from normal adults and adults with autism or Asperger syndrome. Visual Cognition 4:311-331

This test can be used with adults with Asperger's syndrome.