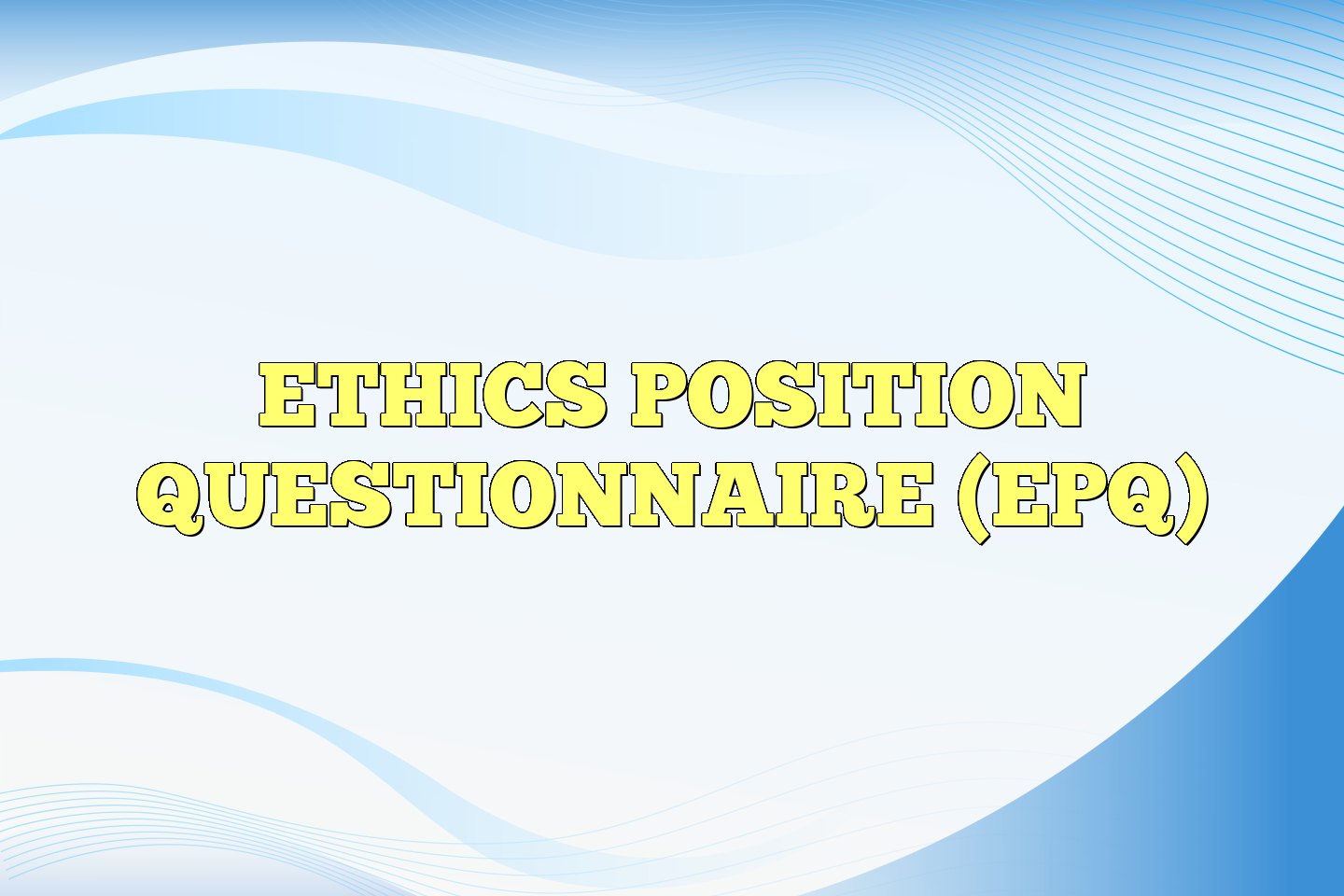 Four ethical perspectives were considered in the construction of the ethics position questionnaire: (a) situationism, which advocates a contextual analysis of morally questionable actions; (b) absolutism, which uses inviolate, universal moral principles to formulate moral judgments; (c) subjectivism, which argues that moral judgments should depend primarily on one’s own personal values; and (d) exceptionism, which admits that exceptions must sometimes be made to moral absolutes.  The original response Ethics Position Questionnaire (EPQ) used was a 9-point scale, although the version presented here uses only a 5-point scale. Idealism scores are calculated by summing responses from items 1 to 10. Relativism scores are calculated by summing responses from items 11 to 20. As this scale is used for research purposes primarily, normative data are not available.

The two scales that make up the EPQ were found to have adequate internal consistency, were reliable over time, were not correlated with social desirability, and were not related to scores on the Defining Issues Test. The Relativism scale did correlate with scores on the Survey of Ethical Attitudes. When the scales were used to classify Ss into one of the ideologies, predictions concerning differences in each ideology’s moral judgment processes were supported.

“I am the author of this instrument, and I agree for it to be included in the MIDSS database in accordance with the Creative Commons Attribution-NonCommercial 3.0 license.”